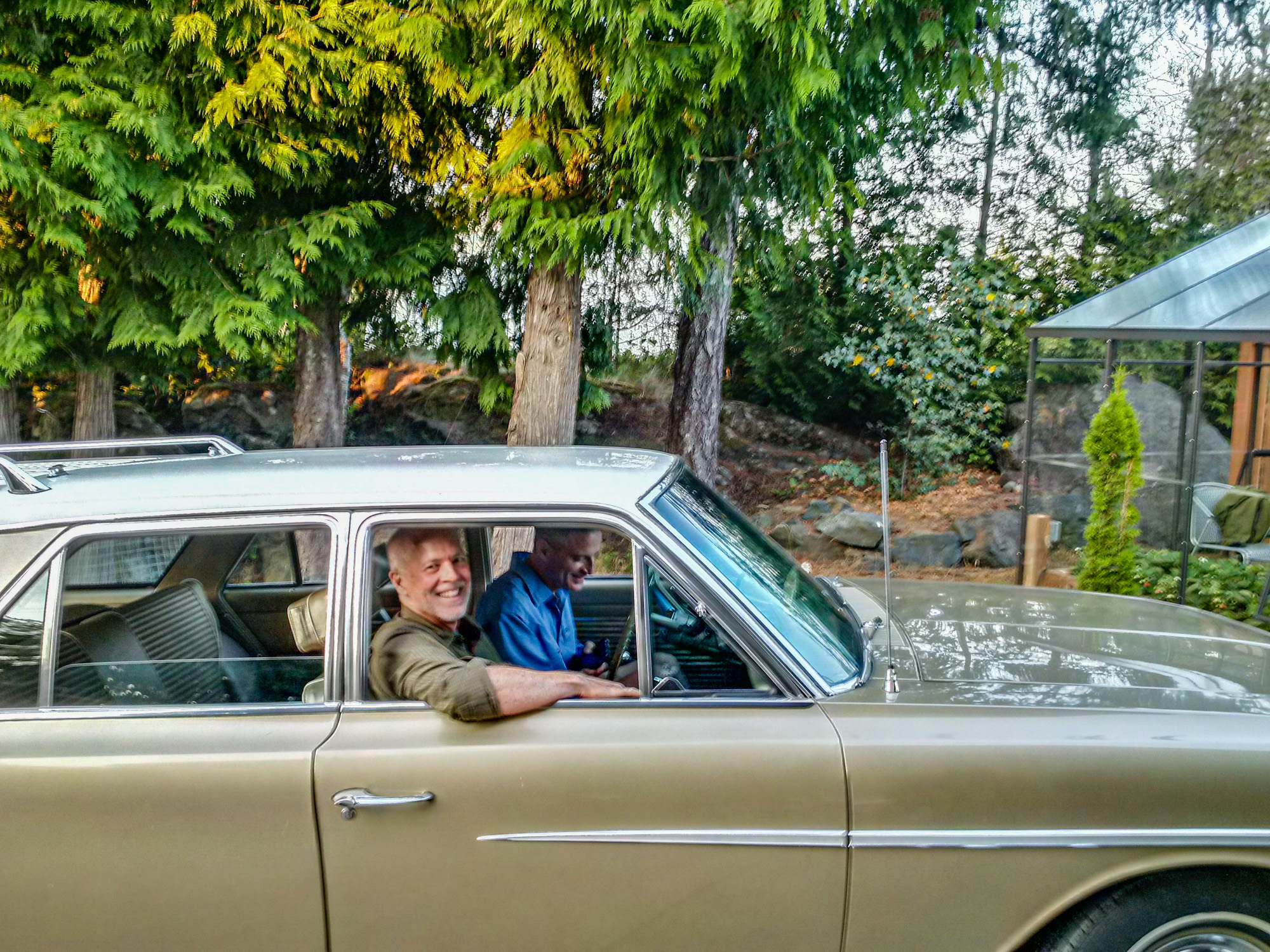 Brian gave me a ride to Vancouver in his recently-acquired Rambler, a 1963 Ambassador wagon that's in almost-showroom shape. It's the same color palette and optional features as the model in AMC's marketing for the car; Brian of course has the original literature.

The drive and ferry sailing were uneventful aside from the occasional thumbs up from other drivers sharing the Trans Canada. As a passenger, the Rambler was like riding on a springy pillow, fitting for a car with such a light-hearted brand name, and a change in sensation noticeable to me, coming from my usual transport, a firm-riding run-flatted MINI, a car I suspect unlikely to survive till its fifty-fifth birthday.

Speaking of run flats, a technology I successfully tested recently thanks to an errant nail, the Ambassador was ahead of its time. While studying the owner's manual I discovered the Ambassador offered an early version of run flats, in this case implemented as a tire with a second air tube, a design that obviates the need for hard-walled tires but doesn't quite solve the problem of complete air loss.