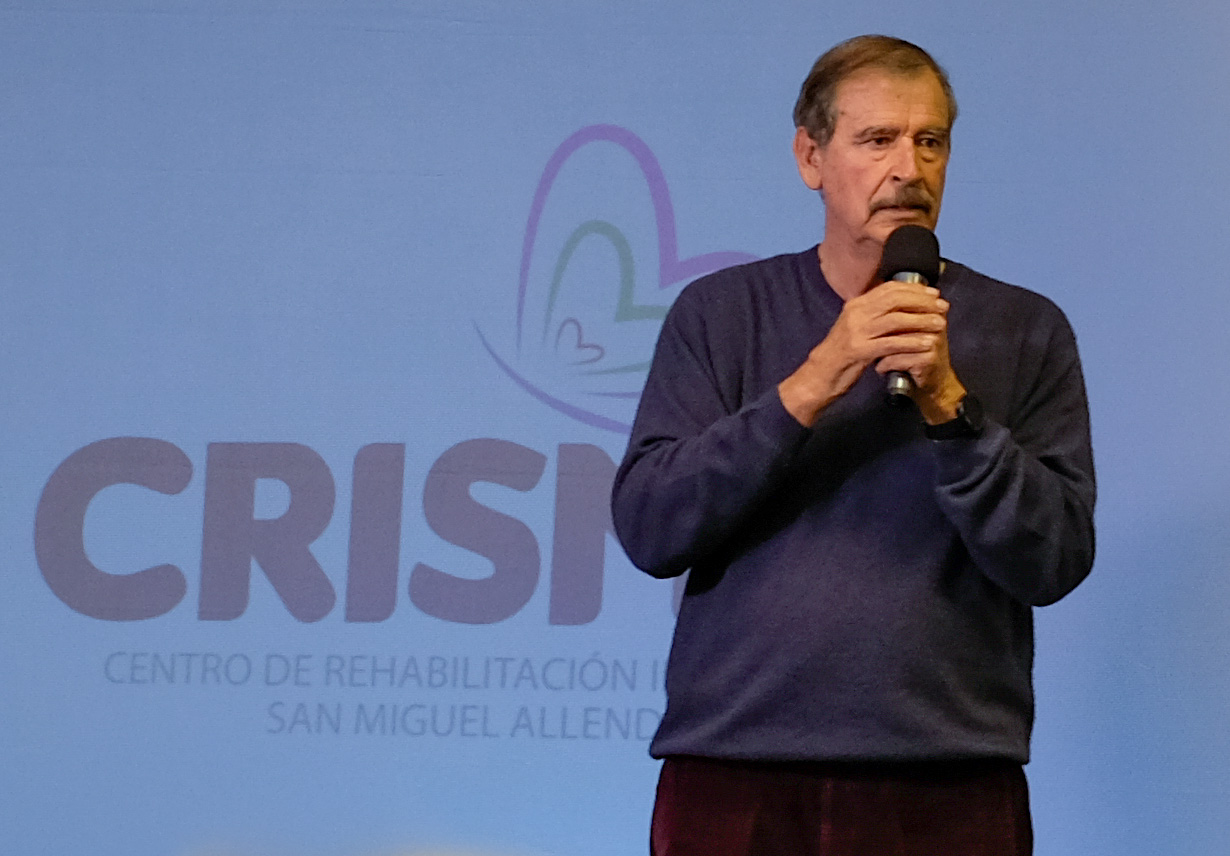 Vicente Fox, president of Mexico from 2000 to 2006, spoke in San Miguel this evening. A member of the National Action Party (PAN), he was the first president to break the hold of the International Revolutionary Party (PRI) since 1929.

Fox talked on a broad range of political, economic, and humanitarian topics, took questions from the audience, and then concluded with a discussion of one of the nonprofits he is working with, CRISMA, a therapeutic service for low-income families in SMA.

Coming into the evening I knew nothing of Fox other than he held office as president of Mexico and that he was in an over-the-top video announcing his candidacy for president of the United States.

Fox shared his thoughts on everything from the European Union (he considers it hugely successful), referendums (BREXIT and the recent cancellation of the new Mexico City airport, both of which he's in strong disagreement), NAFTA, the wall (the US will have to waste its own money if it wants one), the migrant caravan (refugee problems are best solved at the source), drug trafficking and its associated violence (he favours legalizing all drugs), populism (dangerous but hopefully the pendulum swings back soon), and whether running a government is the same as running a business (it isn't).

Fox made no effort to hide his disdain for the current occupant of the White House. Fox came across as rational and pragmatic, and a bit right of center. He gave short shrift to the problem of income inequality, preferring to focus on wealth creation versus redistribution. But he took challenging questions in stride, such as the correlation between Coke consumption --- Fox was once a Coke executive --- and obesity.

Curiously, there was no visible security for the ex-president. As far as I could tell Fox had no secret service and there were no metal detectors for the audience, he was just a guy on stage giving a talk and answering questions from the audience. Um, who said Mexico was a dangerous place?