A sky-full of shooting stars was what I hoped for but no, just the occasional singleton. A trickle. 48 out of 358 shots had something, which sounds good, but most were but a faint trace. Was I too early? Too late? Wrong ISO? Or was the shower masked by the lights of Port Angeles? Clearly, more experimentation is called for.

The second shot is darker because it was taken later the same evening and has a lower ISO.

I'm listening to the president's 2016 summer spotify playlist: day which triggers feelings of impending loss, the loss of a cool and scandal-free president. 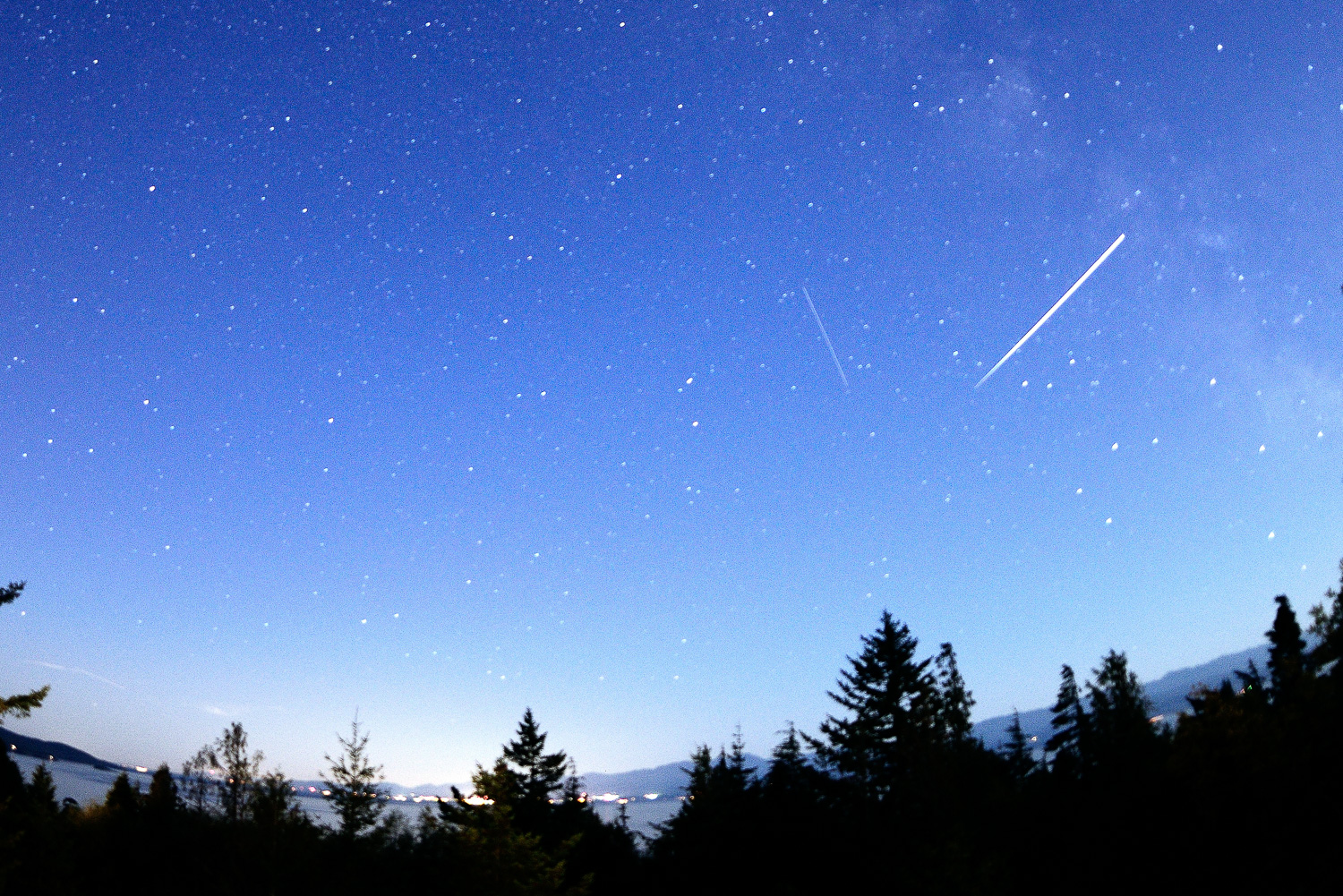 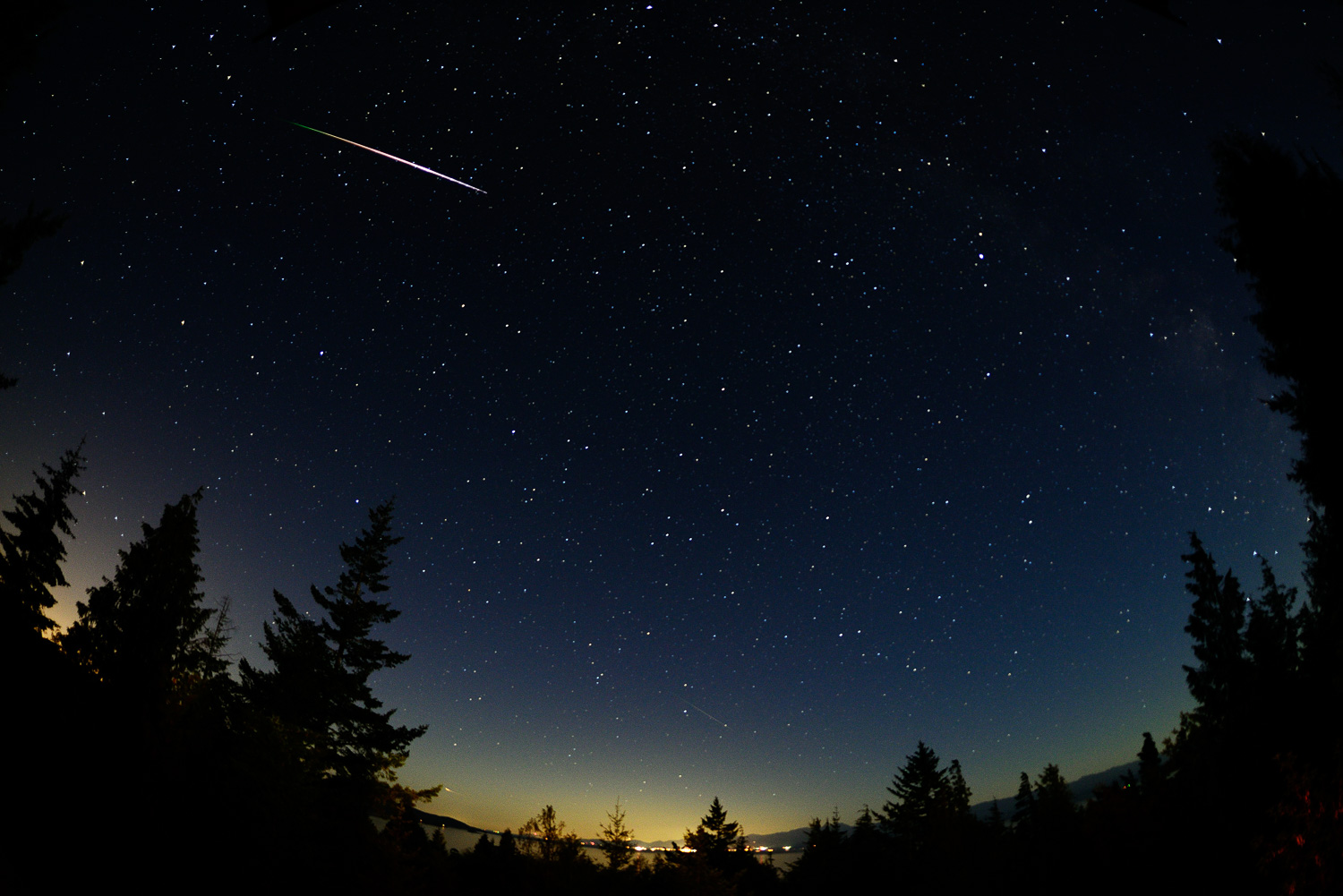