About all I pack for travel is a few changes of clothes, something to read, something to write with, and a camera. A coat if it's cold.  Toothbrush and deodorant.

My travel clothes are all green and blue polypro. Everything matches. I’ve long thought life would be better if we wore uniforms, as the Chinese supposedly did during the cultural revolution. Olive green Mao jackets and matching pants. No decisions, just take out the next clean pair. Like Jerry Seinfeld’s girlfriend Christie who always wears the same black and white dress. I get her.

I take something to write with and a camera because my memory sucks. Maybe I'm mentally lazy, maybe I'm defective,  maybe I had too much fun in grad school. In any case i find writing things down and taking pictures helps me remember. That is why I write this blog.

But back to Italy. Next on our short list of things we think we should see while in Siracusa is the Parco Archeologico della Neapolis. This is about a half-hour walk once you cross the bridge that takes you off Ortigia , so maybe 45 minutes from the hotel. Not the most interesting walk but not scary or anything, just city streets in a nondescript part of Siracusa.

This archaeological site features an arena built for circus games and where the sick drank the blood and ate the livers of the dead; a 200m long altar built to honor Timoleon that did double duty for animal sacrifices; a large amphitheate, the Teatro Greco; and a rock quarry complete with a huge ear-shaped cavern. The quarry served as prison for 7000 Athenian prisoners of war.

It all sounds worth seeing but I find it more interesting to read about in the Rough Guide than to actually walk among the ruins. Part of the problem is the site’s lack of signage and part is its appearance of neglect. For 10€ the site should be better maintained.

And that's ok, travel is a mix of good and disappointing. Everything can't live up to expectations which is why I try to dampen my expectations.

Two photos today: the Teatro Greco at the Parco Archeologico and a typical Ortigia street at night. 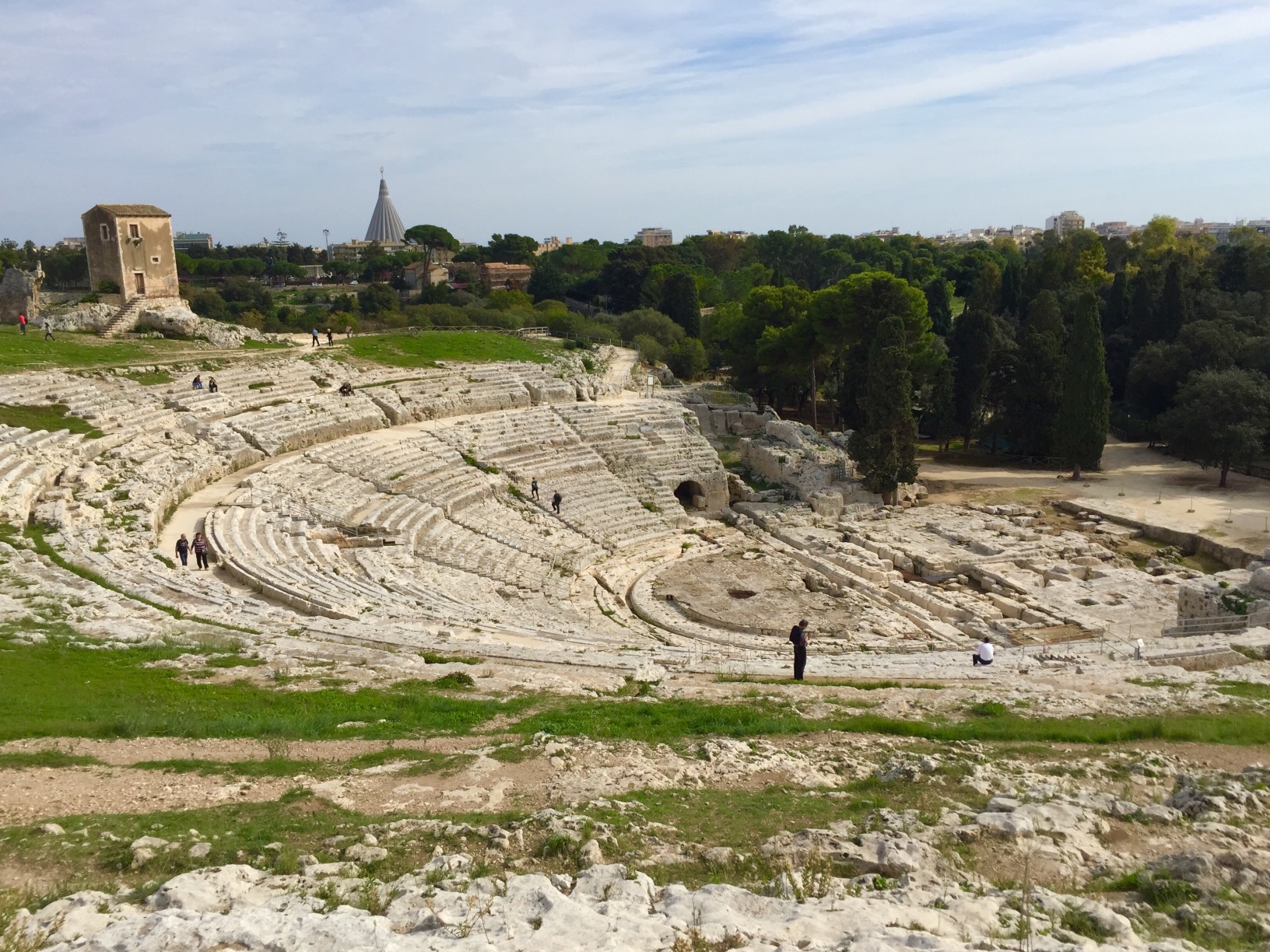