Perfect weather today. After breakfast we walk to the southern tip of Ortigia to see Castello Maniace, a defense built in 1239 but named after a Byzantine admiral who conquered Siracusa in 1038. Part of the complex is used by the local university, the rest is available to the public.

It is an impressive fortification with thick walls, large vaulted chambers, and the remnants of a moat separating it from the rest of Ortigia.

Like many sites only some areas are open because of ongoing reconstruction.

Lunch is in Piazza Archimede, named after Archimedes. Pizza topped with sliced potatos followed by way too many desserts. The piazza features a large fountain depicting the nymph Arethusa, the symbol of Ortigia. 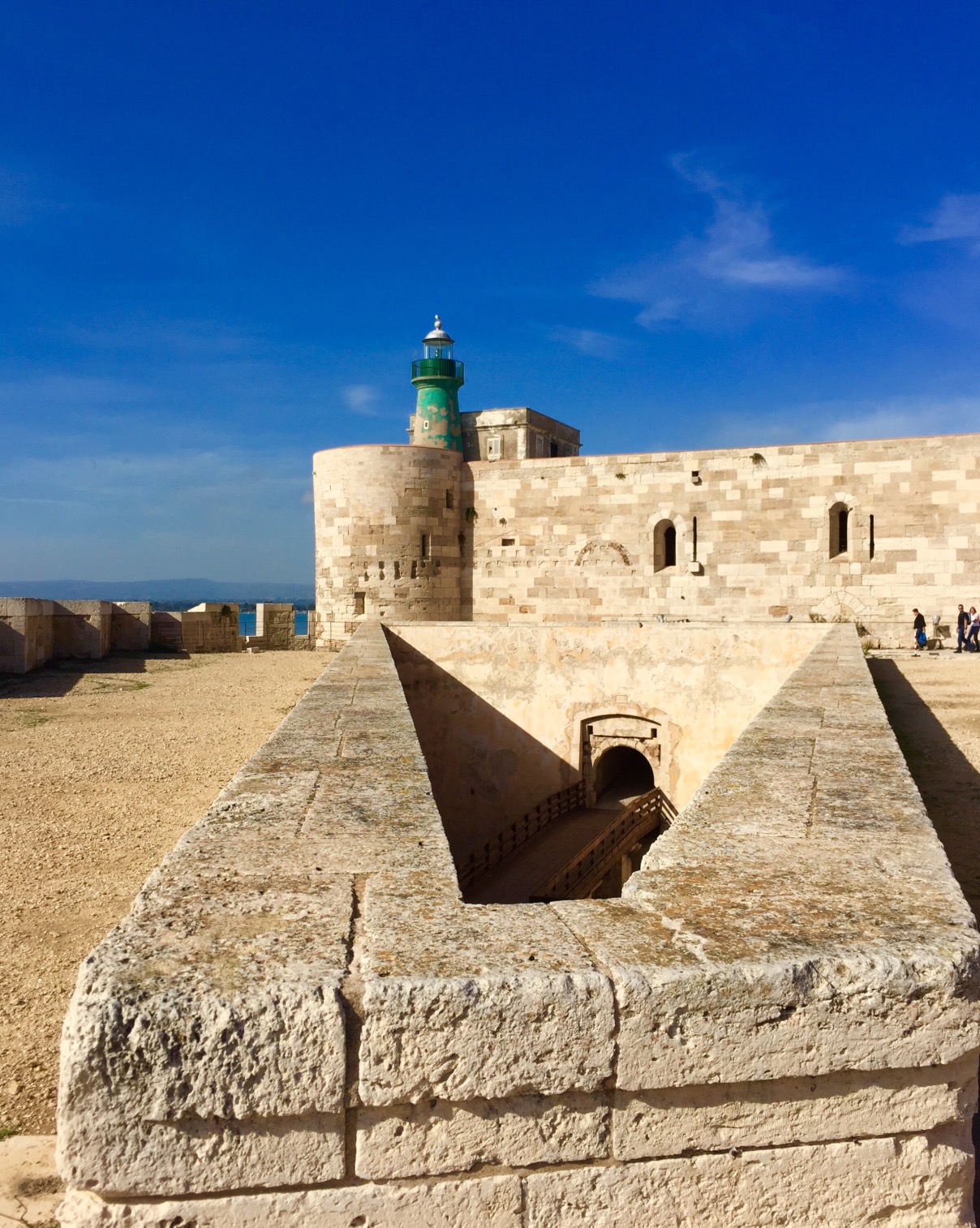 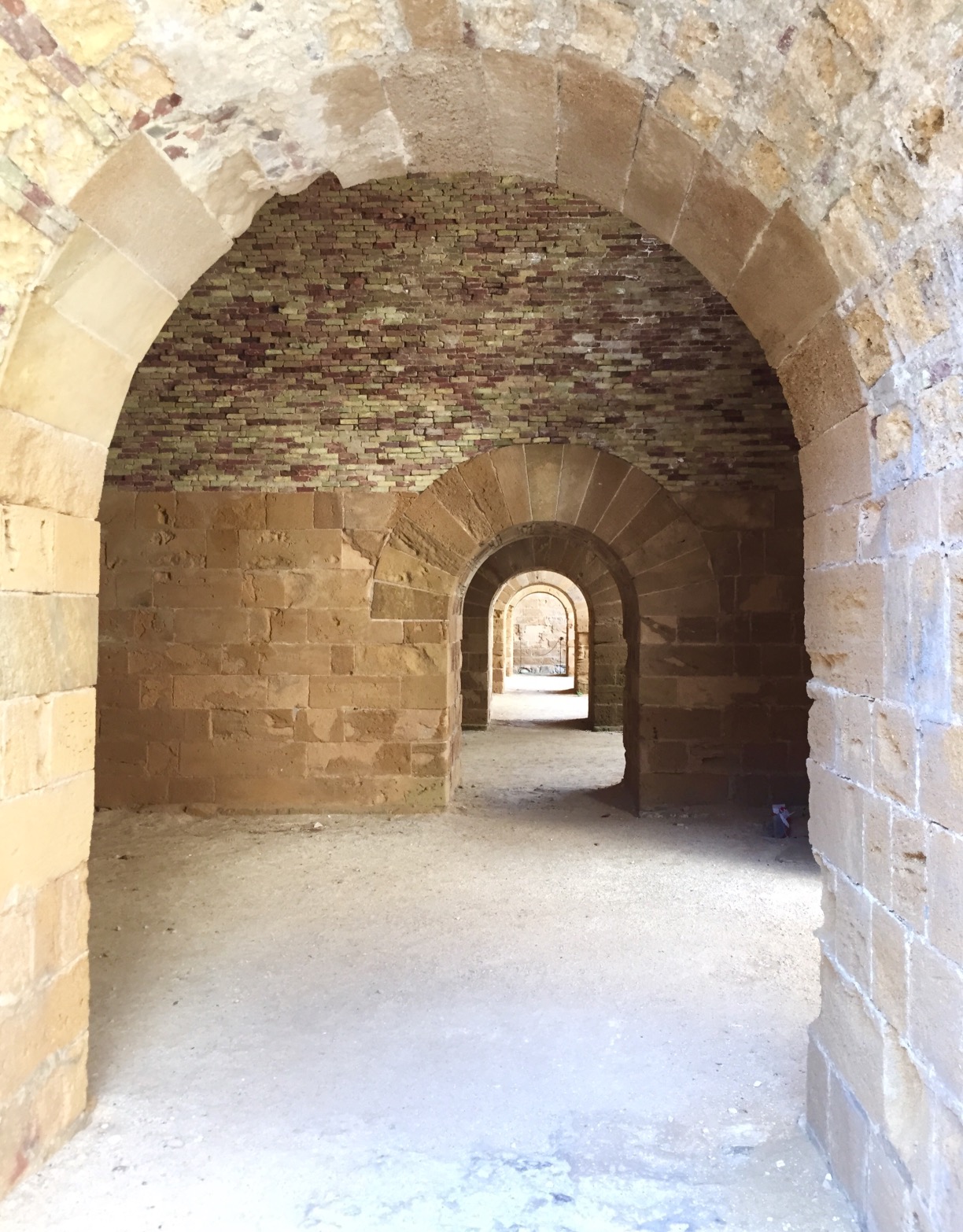 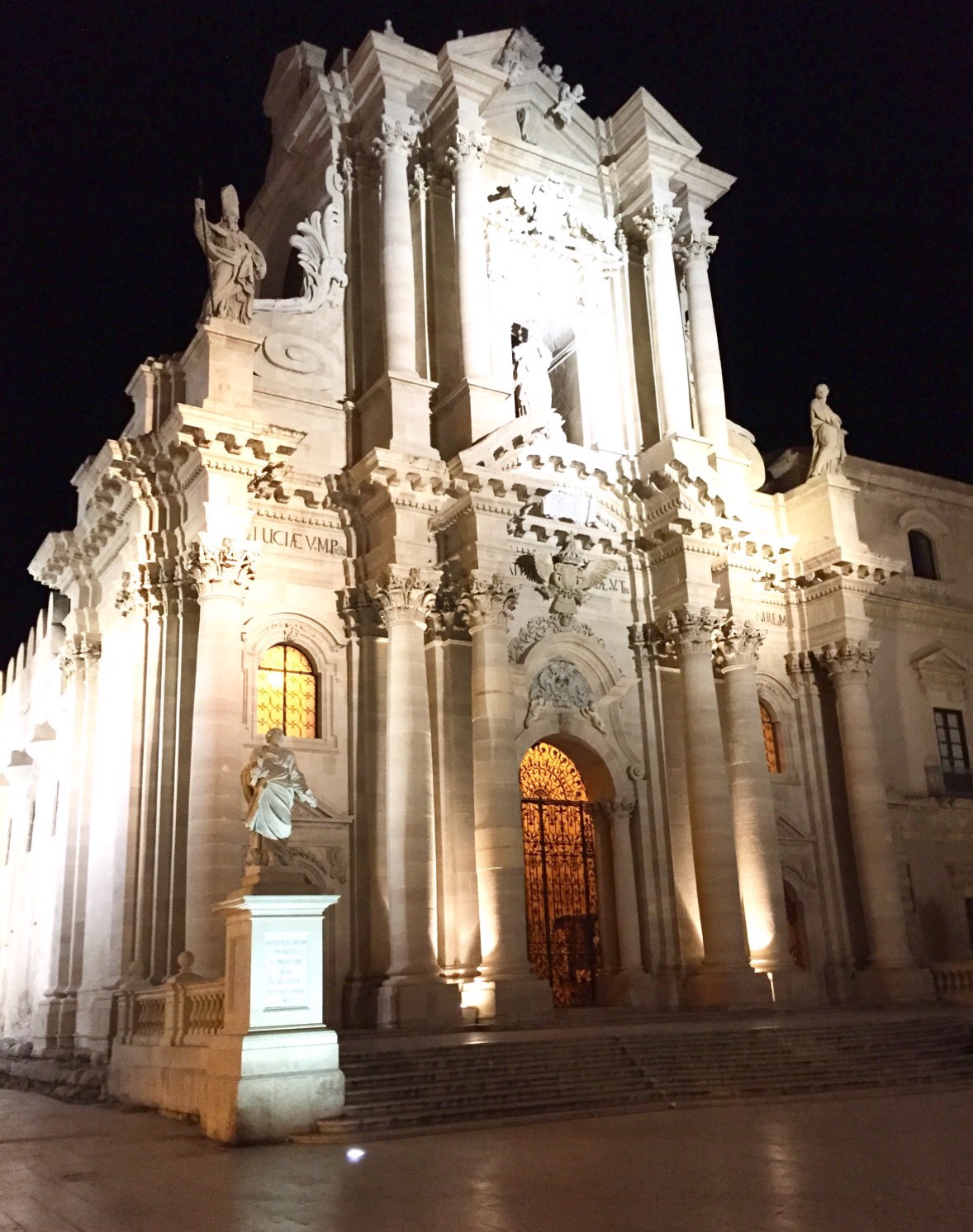 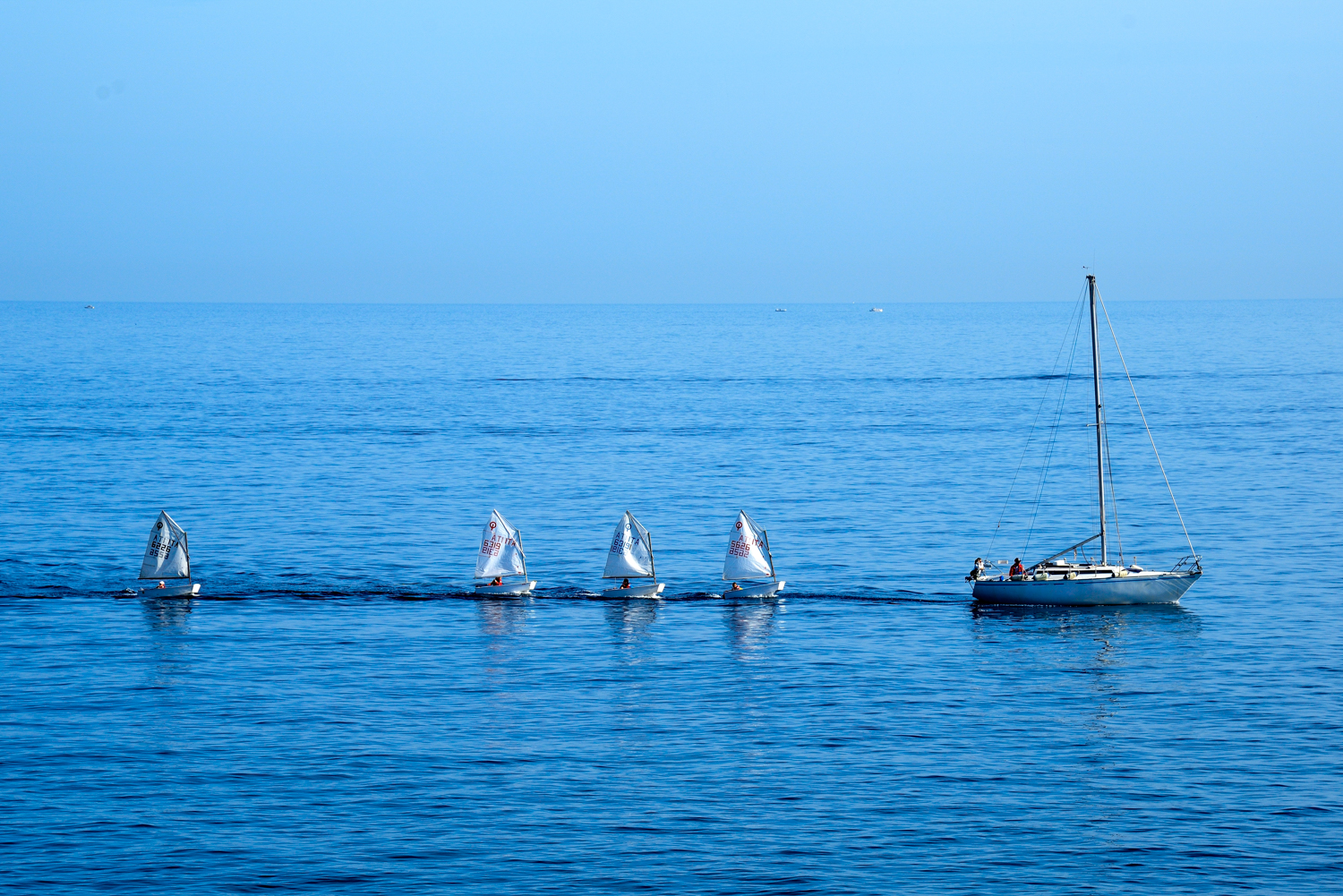 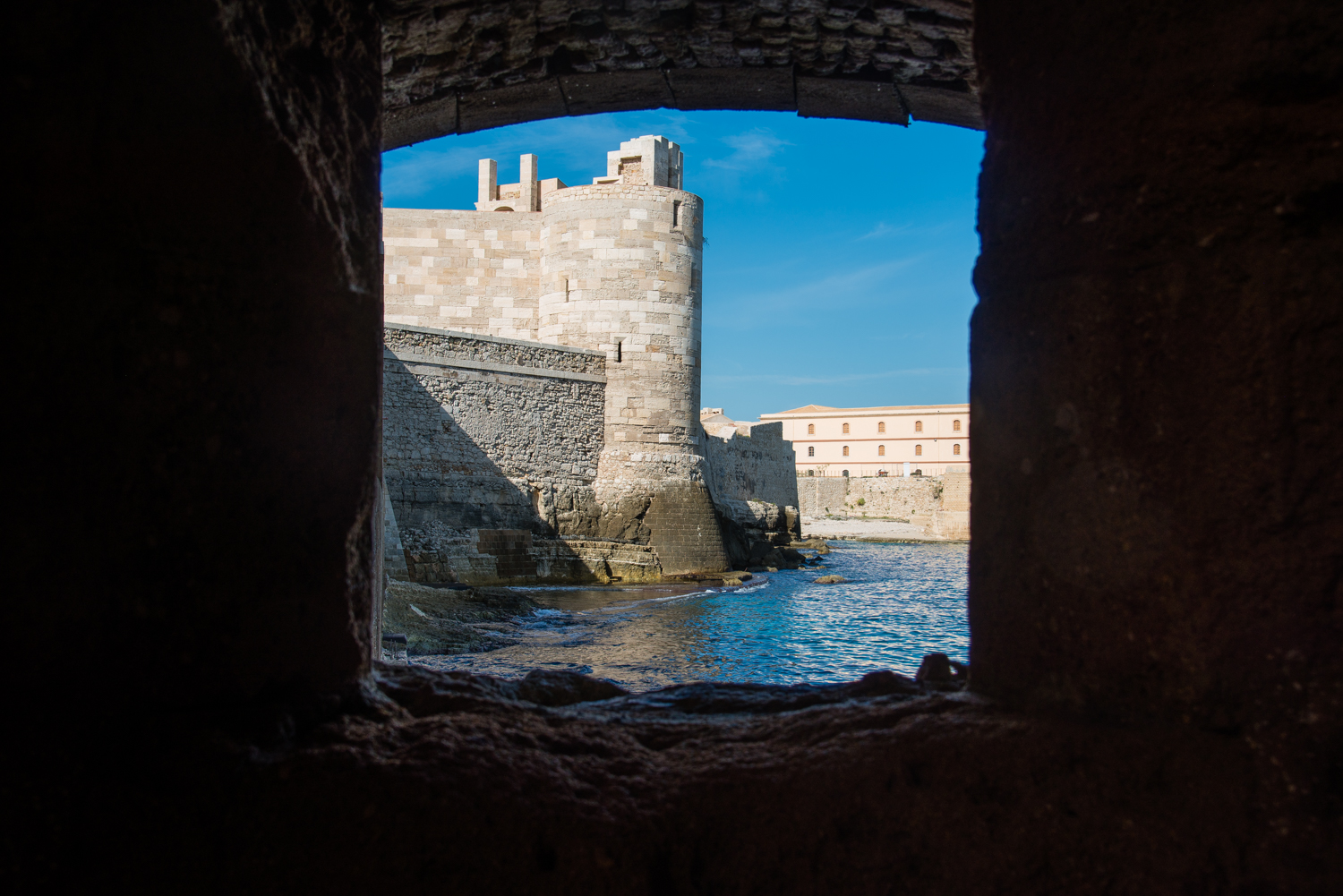