I've left Salta for Tilcara and today I return to Salta. As I walk down the hill to the Tilcara bus station I see bands  practicing, streets blocked, dreadlocked backpacking kids looking for a hostel or campground with space, and police are  everywhere. You get used to seeing police when in South America. This  is the eve of carnival. Every hotel, hostel, and campground is booked and the bus companies have added extra runs to bring people to town. Part of me is sorry to miss it but mostly I am glad to get out before the crowds take over and the noise begins.  Little do I know that I won't totally escape the crowds.

The ride south in the second floor front seat of the bus provides a perfect view of the red, green, and brown rock mountains that line each side of highway 9. A couple of towns gave hills covered with tombs. I take lots of pictures and  listen to happy Spanish music in the near-empty  bus. I am also munching Argentine Oreos that are similar to  but not exactly the same as the north American version.

Once we pass Jujuy, the mountains are gone and it is mostly flat green agricultural land broken up by the occasional small town. The towns are dusty and poor.  The bus driver impresses with his skill at maneuvering the giant double decker through the narrow streets of the towns, sometimes backing up or waiting for others to back up, scraping on low hanging trees, and sometimes there is a loud bang when a fruit-laden branch hits the bus.

6km short of Salta, stopped in traffic at a toll booth, I look down to see the driver's door open and both drivers are on the side of the road, talking on their phones, and horns are blaring as traffic passes around us. The bus has broken down. A few minutes later I am off the bus, queued to get my checked bag, toll workers stopping traffic so the passengers can safely walk on the highway. Another bus is stopped a short distance behind us so I get on the second bus and am back on my journey.

So what about the revolution? I'll write more about the Carpe Diem B&B later and I still haven't written about Tilcara 's cuisine (preview: llama) , but I want to talk about the activity in the square tonight. As I eat pizza and beer at a sidewalk cafe about 30 or so demonstrators circle the square holding signs and pictures of young men and women. The only words I understand are narco-terrorist. Soon on the other end of the square an orchestra starts playing Beethoven before a seated crowd of a hundred or more. And then,  another much larger group of marchers drowns out the orchestra, and I make out the chant "the people, united, can not be defeated..." but in spanish so I may be wrong about the words but I recognize the chant. All of this takes place among a festive  mass of happy  shoppers and tourists snapping pics (I photograph and film, too) and lots of police standing around looking a bit bored. I gather that this is not unusual but it is fun though maybe not if I understand what it is about. 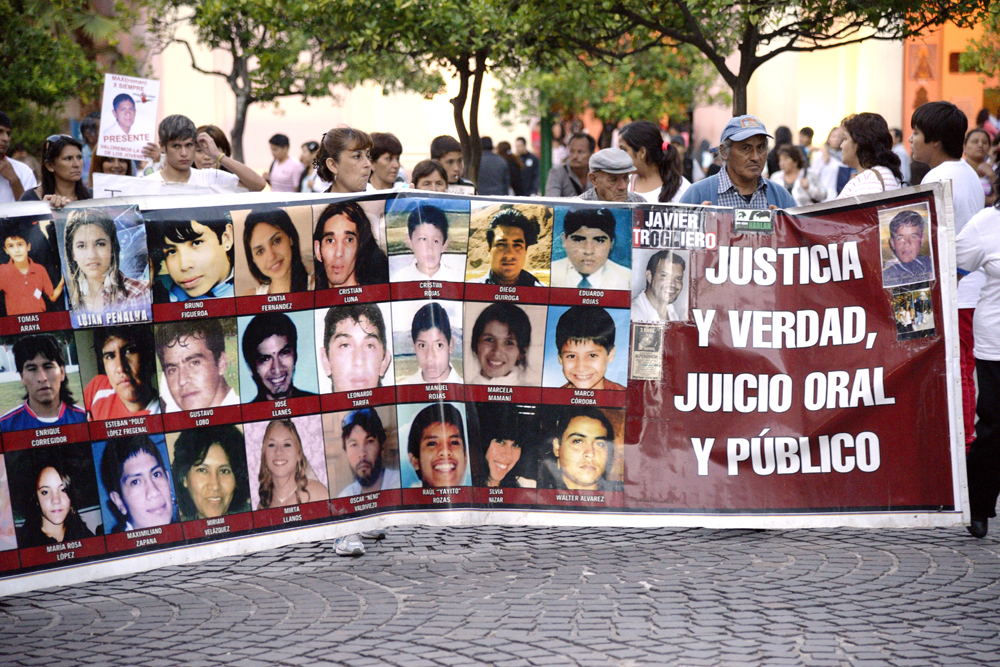 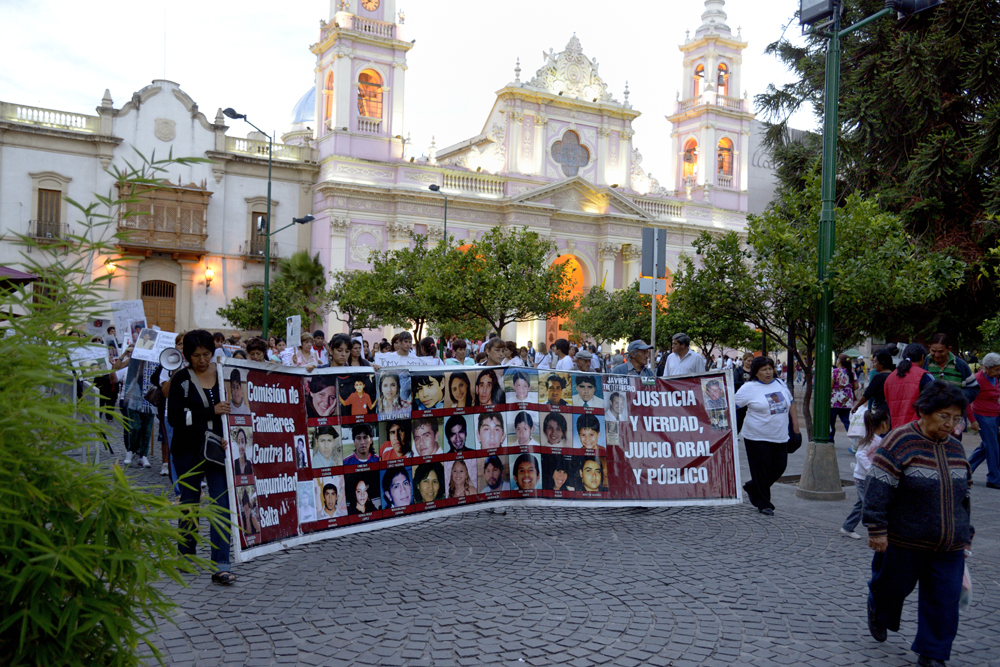 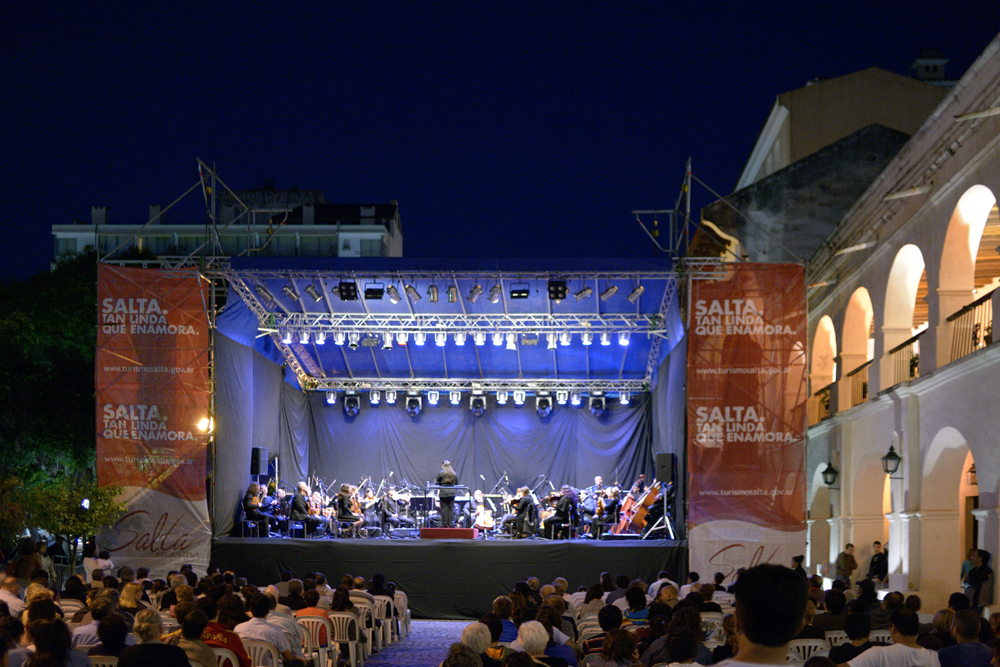 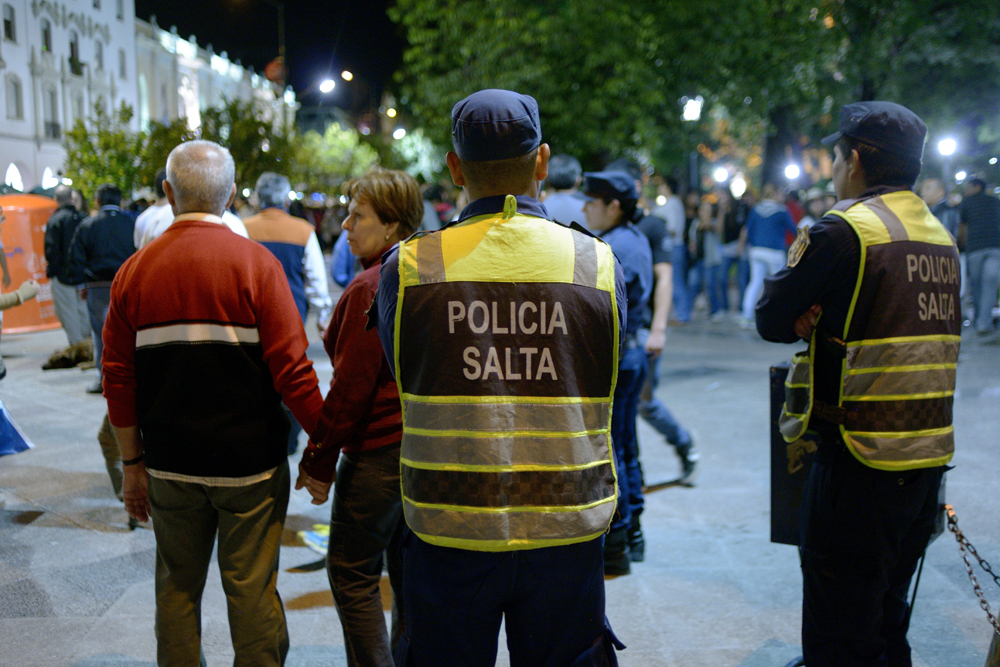 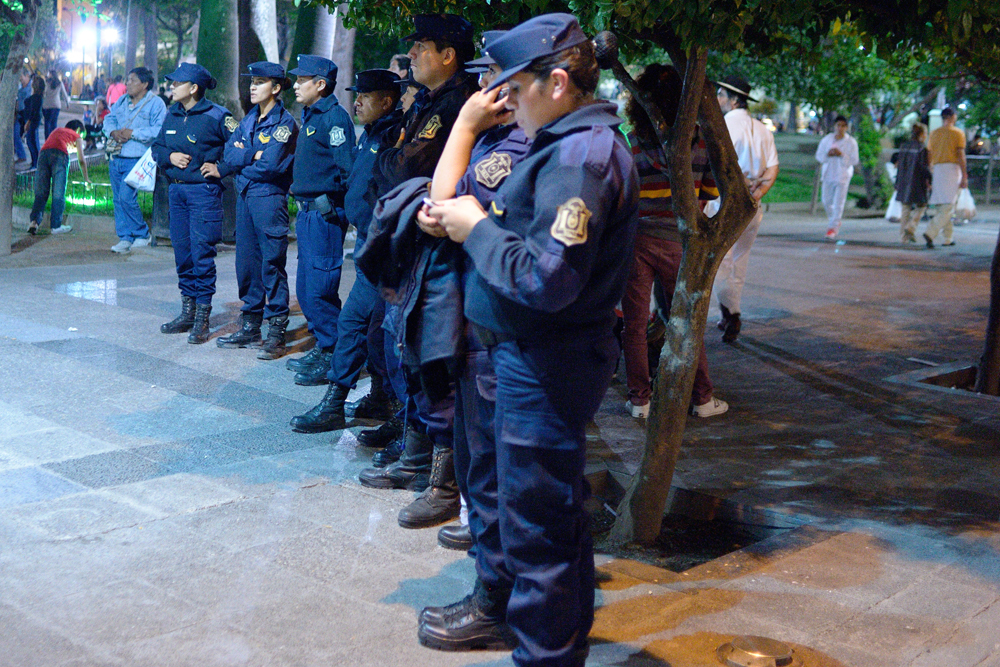