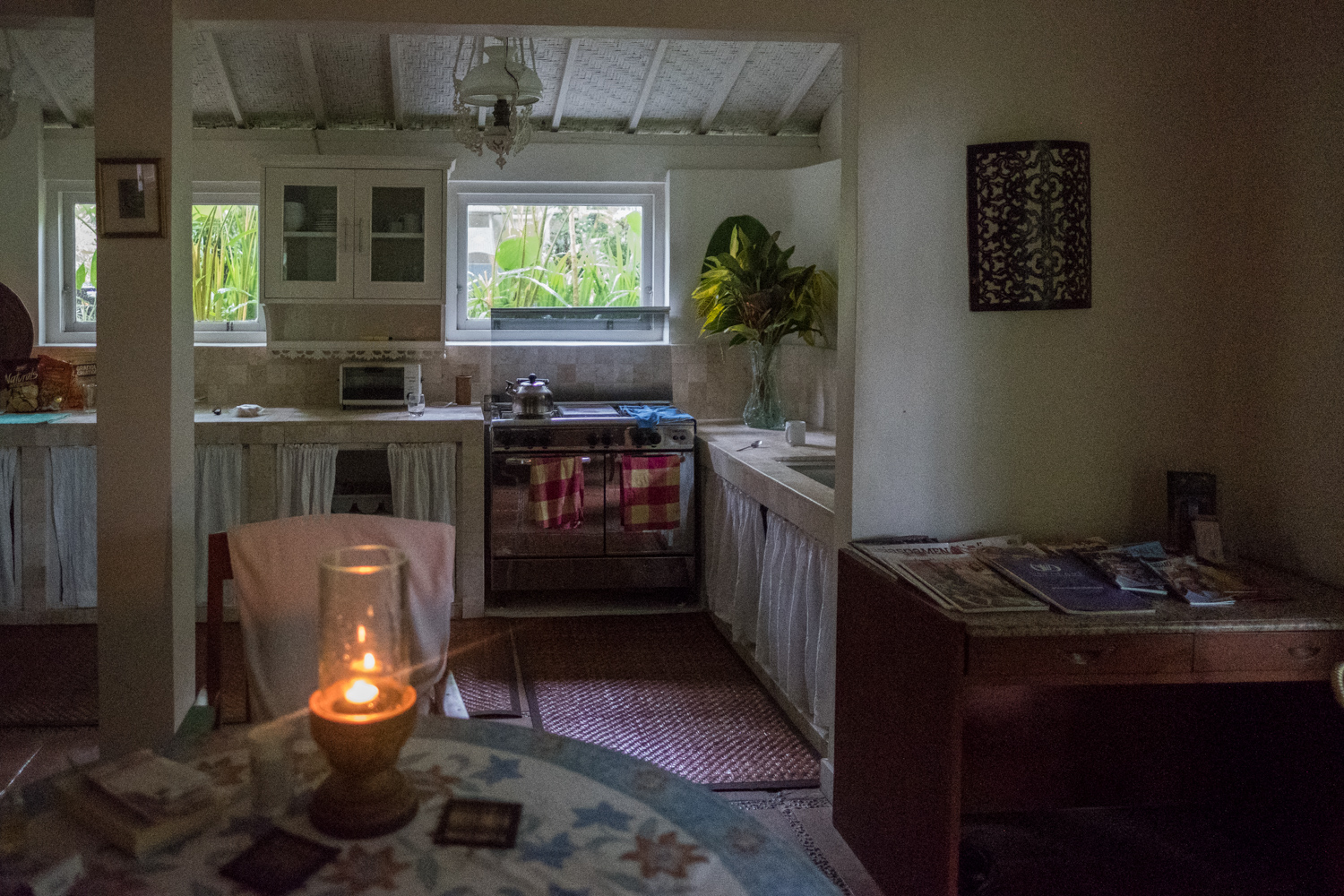 On the eve of Nyepi it poured. It poured into the night and it poured all the next day. It poured and poured, buckets full of water to feed the tropical forest and small river that abut the house.

The pouring rain didn't disturb our activities as we didn't have any, what with being house bound, well, house and grounds bound. During the day we read (I'm re-reading a le Carre), we played cards (Paul beat me at canasta by 11,300 to 10,650), we snacked, we reminisced. We listened to the big gecko that lives in the house. He hangs on the wall and occasionally breaks the silence with a sudden crazy-loud and grating shriek.

We looked out the windows and sat on the porches and enjoyed being surrounded by the lush forest. We listened to strange bird calls. We listened to the insects. One insect could be mistaken for the sound of an electric saw, in fact the first I heard it I thought it was a saw but it goes on for a long time and of course no one is sawing in Bali right now.

We showered before nightfall so as to not do it by candlelight and we used the upstairs shower as it's indoors; it seemed odd to shower outside in the rain using the downstair's shower though now when I write this I don't know why this is so.

We cooked and ate by candlelight then retired to the bedroom. Earlier we'd pulled the shades so no light would escape and risk the wrath of the demons or more likely the Pecalang, the Balinese police. We ran the a/c though the pouring rain made the temperature comfortable. It cuts the humidity and our wet clothes dry faster.

We watched a movie and a couple of episodes of the old HBO series Six Feet Under. We heard many loud noises coming from upstairs, like a large animal was in the house, maybe one of those demons, but we never figured what it was. Gave us a bit of a fright. We then called it a night.

For our last full day in Bali we've a friendly, upbeat driver, Made, who is taking us into the mountains. The weather isn't promising but I expect we'll have a good time and we'll learn more from him about life in Bali.