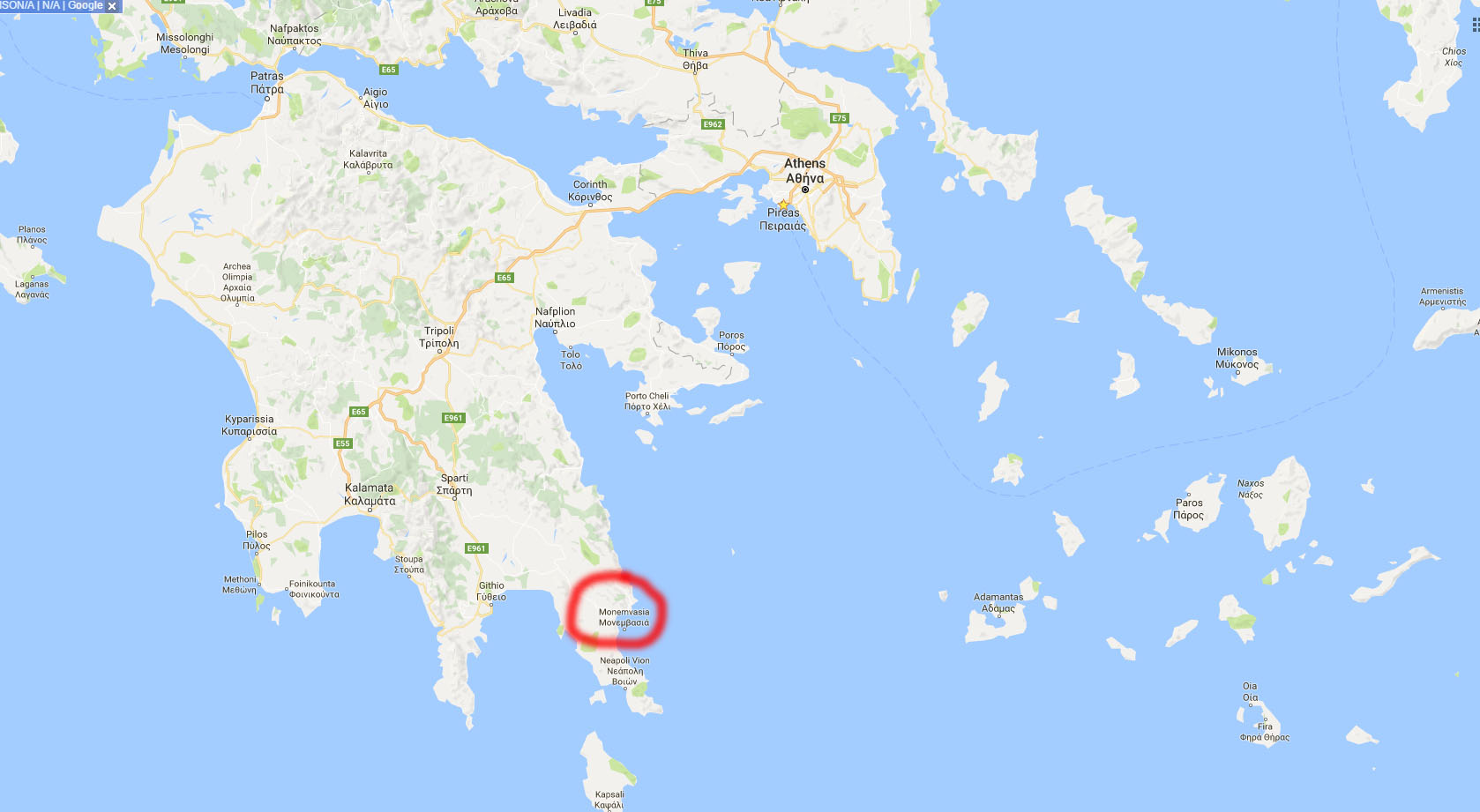 We picked up a car in Nafplio to go to Monemvasia. It's said to be a giant rock with a medieval town wrapped around it and that in turn surrounded by water.

We chose to drive the scenic route, which combined a windy two-lane road that hugs the coast, a plunge through a Yosemite-like canyon, a twisty 1,250 metre mountain pass, then an easy downhill that became a tiring slog when a frog strangler of a rainstorm descended on us.

Highlights of today's drive were the town of Leonidio which is in a dramatic red/brown rock canyon; the quaint stone mountaintop town of Kosmas whose main square is filled with cafes surrounding a pretty church; and a monastary carved into the side of a cliff.

You can't actually drive in Monemvasia. In fact you can't even see the town from the mainland, it's hidden on the far side of the island, um, peninsula. A defensive measure. To get to Monemvasia you drive through the mainland town of Gefyra, cross a narrow causeway over the Mediterranean, then leave your car on the road, assuming you find a place to park. From there you walk through a dark tunnel which pierces the city wall. When you come out of the tunnel it is as if you've stepped back into medieval times; you are in an old stone village that is very rough around the edges. This isn't Santorini.

Monemvasia is split between a lower town, which is peppered with hotel rooms, cafes, and a few shops, and an upper town with castle ruins. The lower town is a honeycomb of cobblestone stairs and alleys. Hotels consist of rooms scattered here and there, with no obvious pattern. The chunky cobblestones make for a challenging walk and wheeled luggage won't roll. It's tricky in the rain as the round stones get slippery. That said, Monemvasia is beautiful to look at and explore, with old stone work, low arches, and narrow passageways.

Fortunately the rain has passed and the stars are out, so tomorrow we'll explore the lower and upper towns. 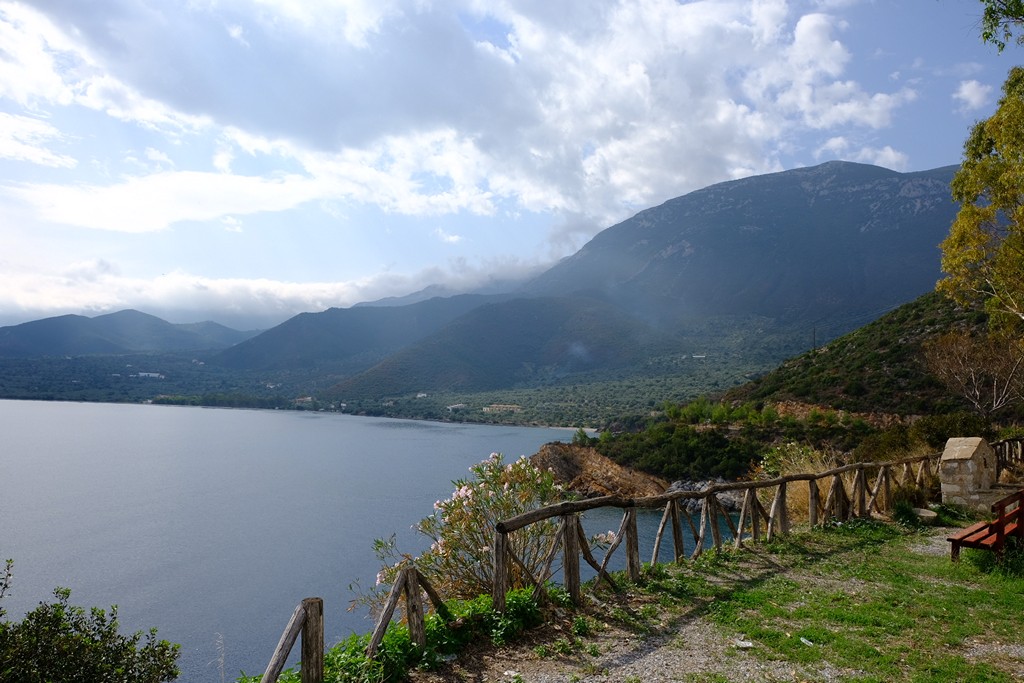 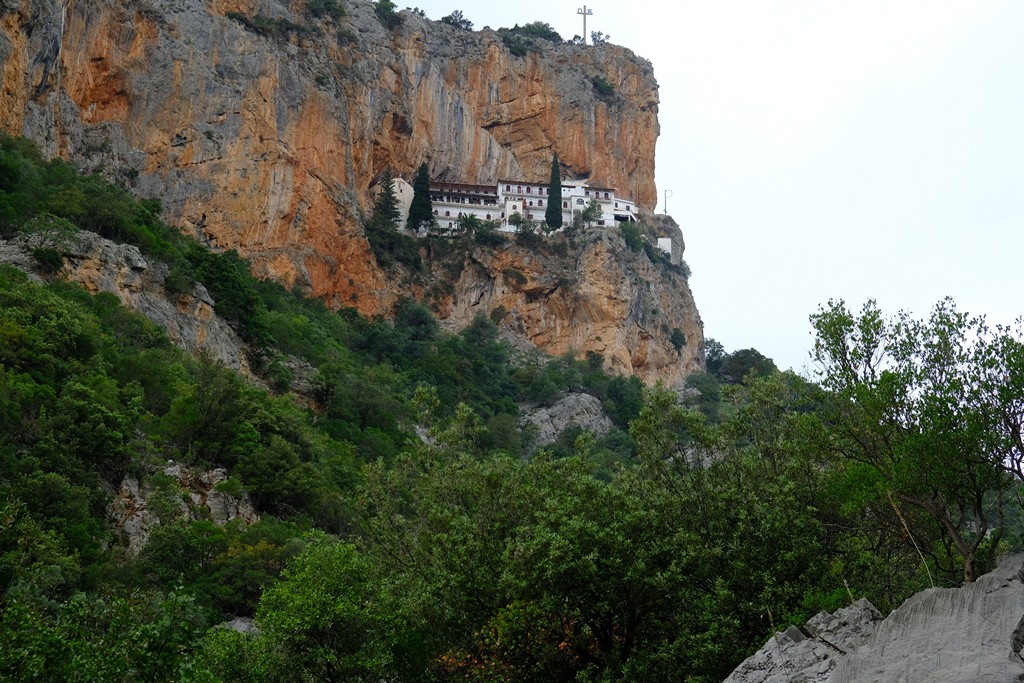 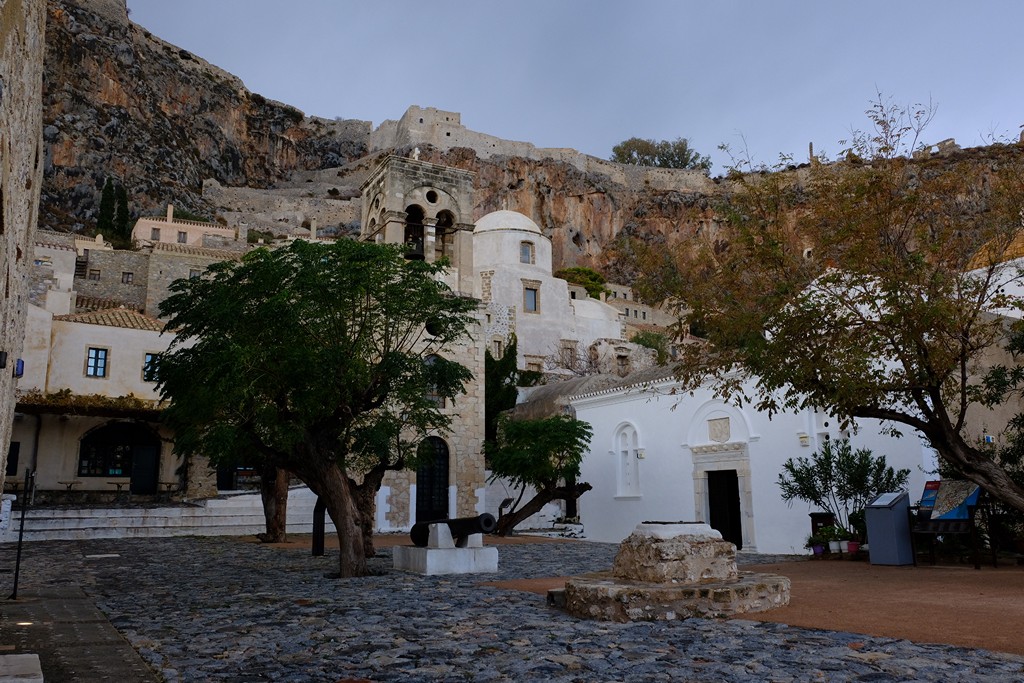 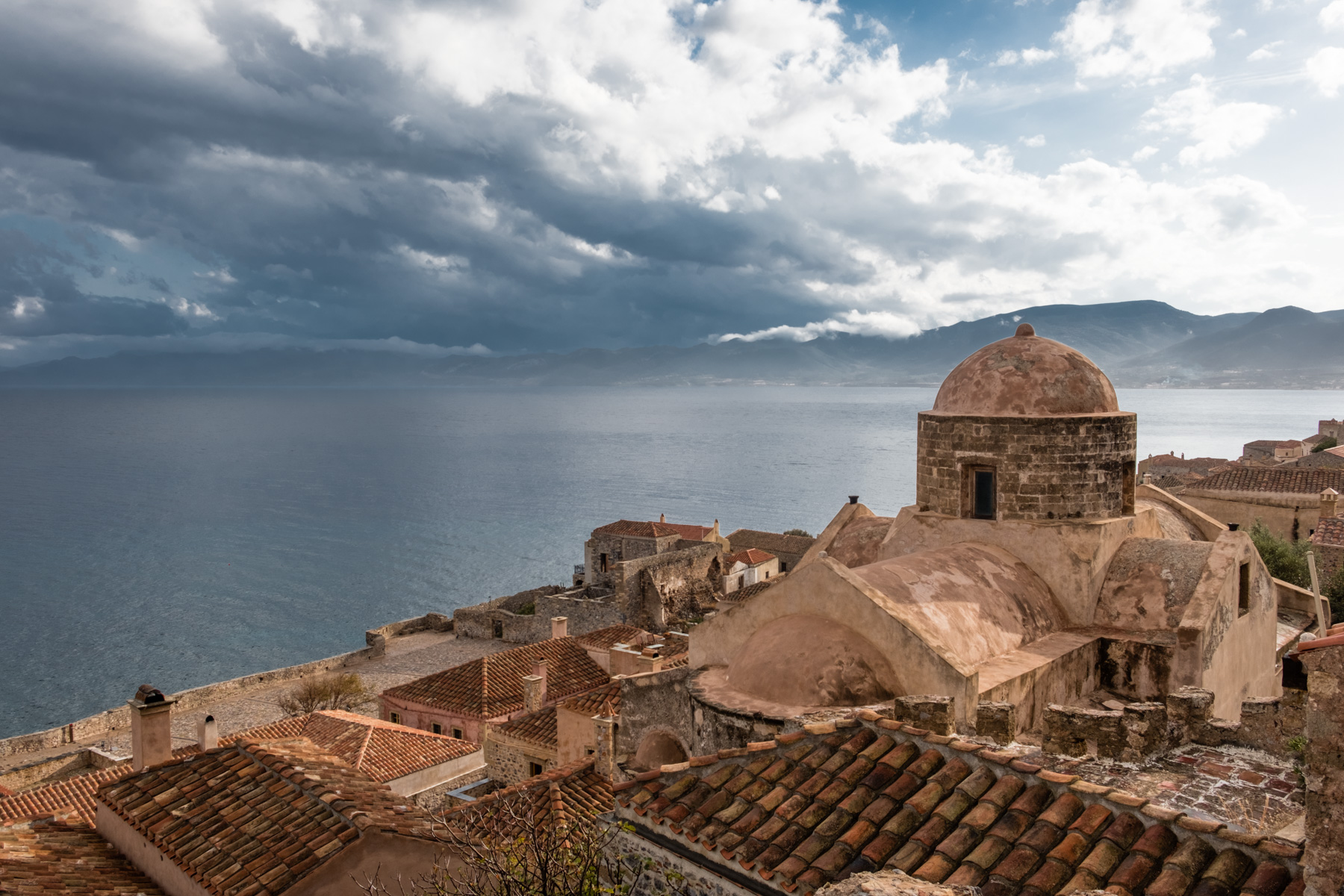 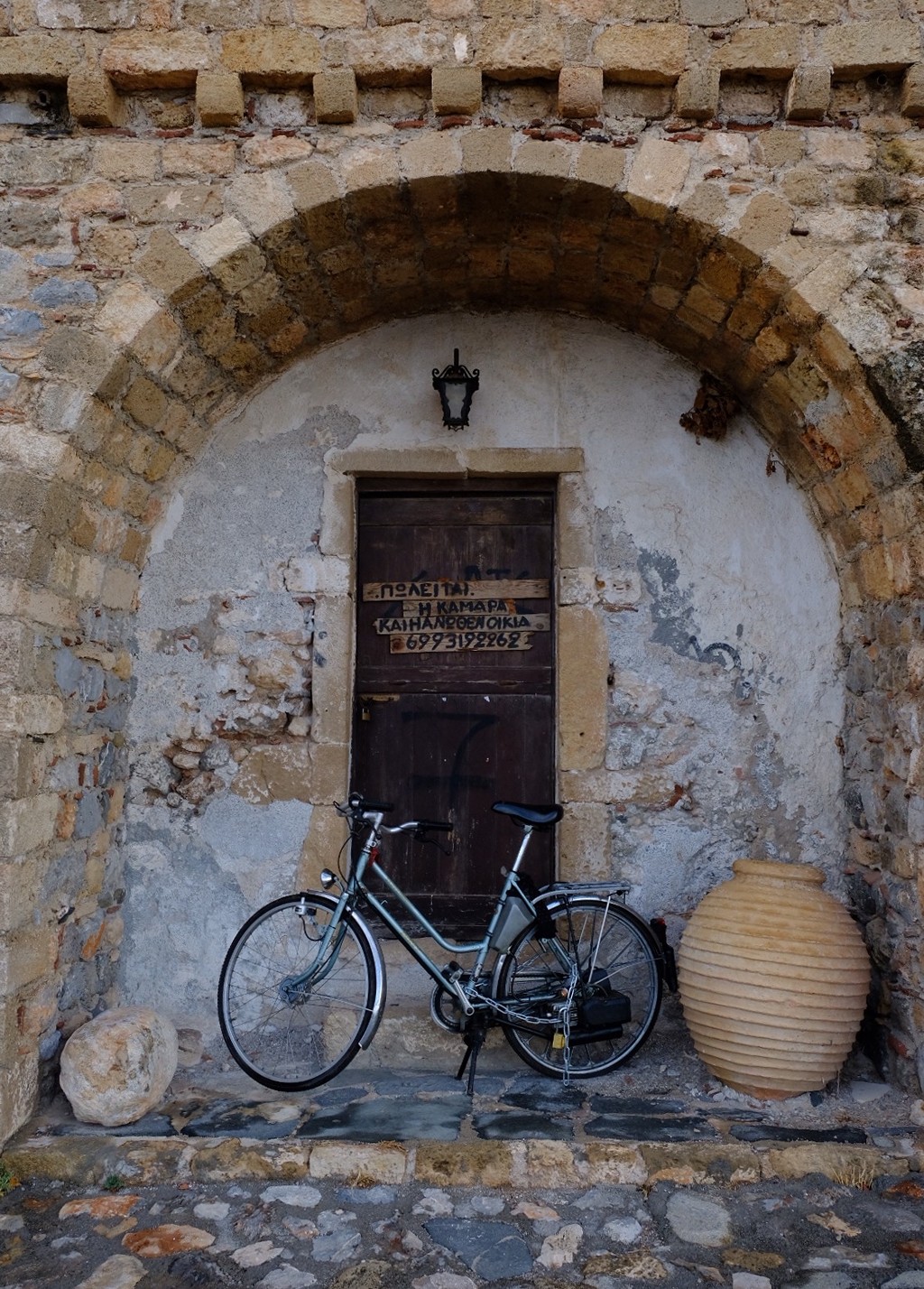