Three hours in, the Toronto - Santiago flight brings to mind Doctor Who's the Silence. So what does a bony-faced monster with a frozen mouth have to do with being sealed inside a flying metal can? The Silence leave no memory trace. They can plant an idea in your head, but once out of sight, all memory of the creature is gone—though the implanted idea remains. So the doctor's companions mark themselves when they see a Silence—like the fellow in Memento—as a way to remember an encounter. Flying is like that, an unpleasant but forgettable experience.

We arrived in Buenos Aires and took a cab to Palermo Hollywood where we've rented a 15th floor apartment. This part of Palermo is called Hollywood because of its popularity with video production companies.

The apartment is modern and roomy with a nice balcony and great city views. It's got cement floors and colored and stamped cement ceiling, and a pool and gym on the top floor. 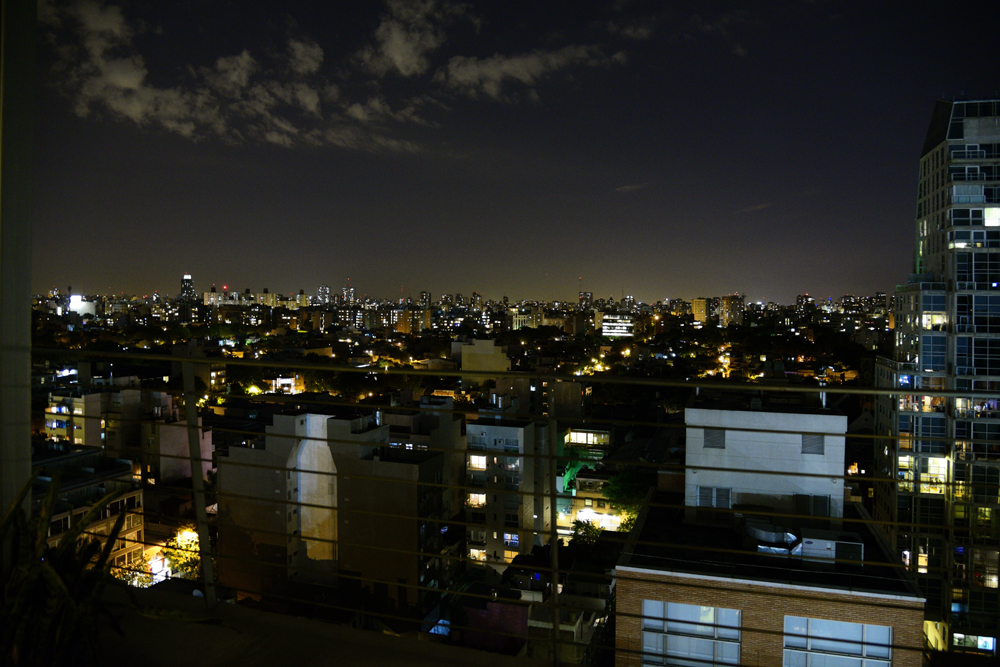 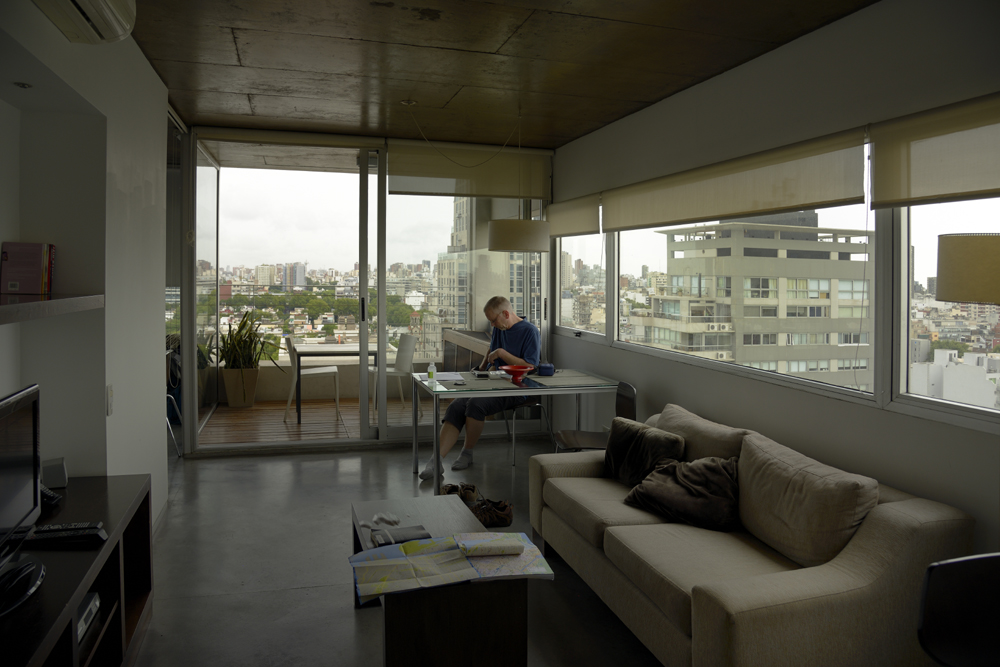