Capri (pronounced CA-pri) brings to mind movie stars, jet setters, and risque behaviour. This isn’t something recent. The island’s louche reputation goes back to the time of Emperor Tiberius in 27 AD who is said to have thrown tiresome ex-lovers off the island’s steep cliffs.

The list of notable thrill-seekers who’ve been drawn to Capri is very long, including the Marquis de Sade, Oscar Wilde, and D.H.Lawrence.

Capri was also held to be home to the Sirens, whose song lured men to their doom, though other cities, even Sorrento, make the same claim.

We, too, can not resist the Sirens' song so we catch a ferry to Capri, which is a half-hour from Sorrento.

Capri is an intriguing island even viewed from afar. It rises almost vertically from the Mediterranean, a mix of rocky cliffs splashed with lush greenery.

The Caremar ferry (27€ return) makes me really appreciate BC ferries. This Italian ferry is a mess: rusty, dishevelled, almost scary in its apparent lack of maintenance. For the same price BC Ferries delivers an impeccable service.

The ferry delivers us to the port of Capri town from where we catch the funicular (1.8€) to the town proper.

Capri town is very pretty with car-free walkways and whitewash buildings beautifully appointed with greenery and flowers. Bougainvillea, lantana, and cyclamen are just a few of the plants flowering, and it's only November.

Of course, this being a playground for the rich and famous, Capri is well-stocked with spendy stores, restaurants, and hotels.

But I digress. On arrival in Capri town we take a small bus (1.8€) up a windy cliffside road to Anacapri, another pretty town that looks a lot like its lower-altitude and similarly-named twin. From here we hike to the highest point on the island, Monte Solaro (589m). The views from the peak are well worth the trek even though some clouds are moving in.

We hike back down to Anacapri where we visit Giardini di Augusto, founded by the Emperor Augustus. The garden’s high point is the view of the Isole Faraglioni, three limestone pinnacles that rise vertically from the sea, as well as a wall of rocky cliffs that rise up above.

From Anacapri we head back to Capri town to catch the ferry to Sorrento.

For such a small island there is lots to see, much more than we had time to do in one day. I’ll definitely keep Capri in mind for a return visit.

The pictures are all from Capri. 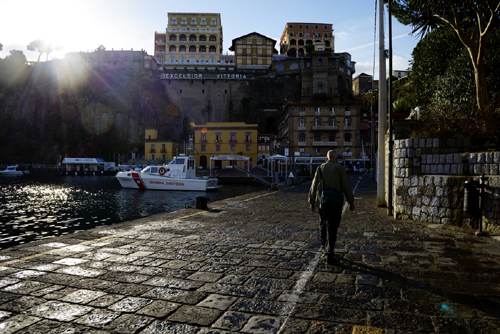 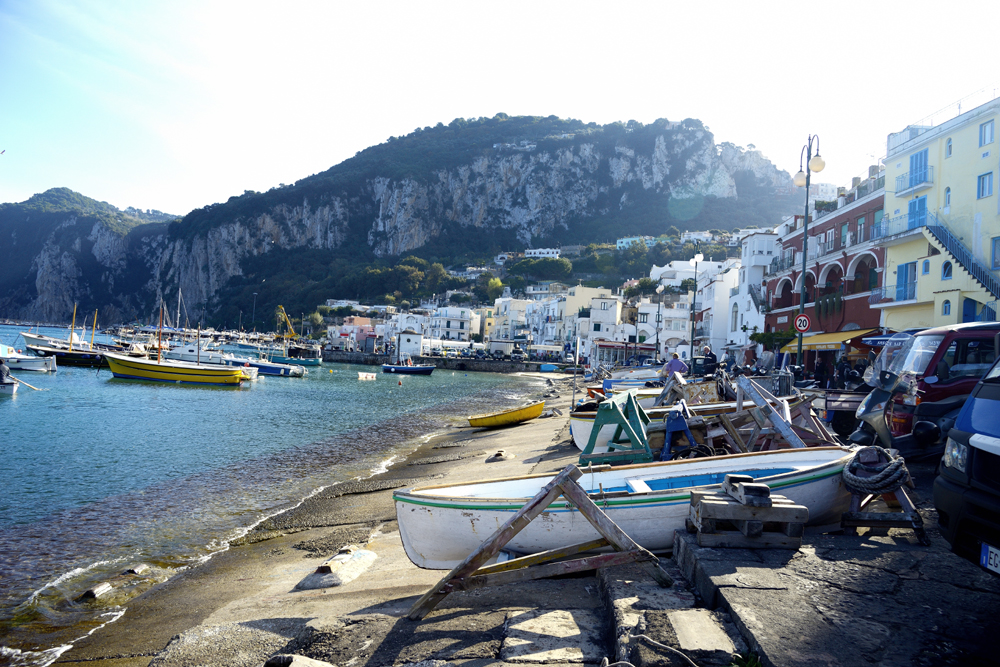 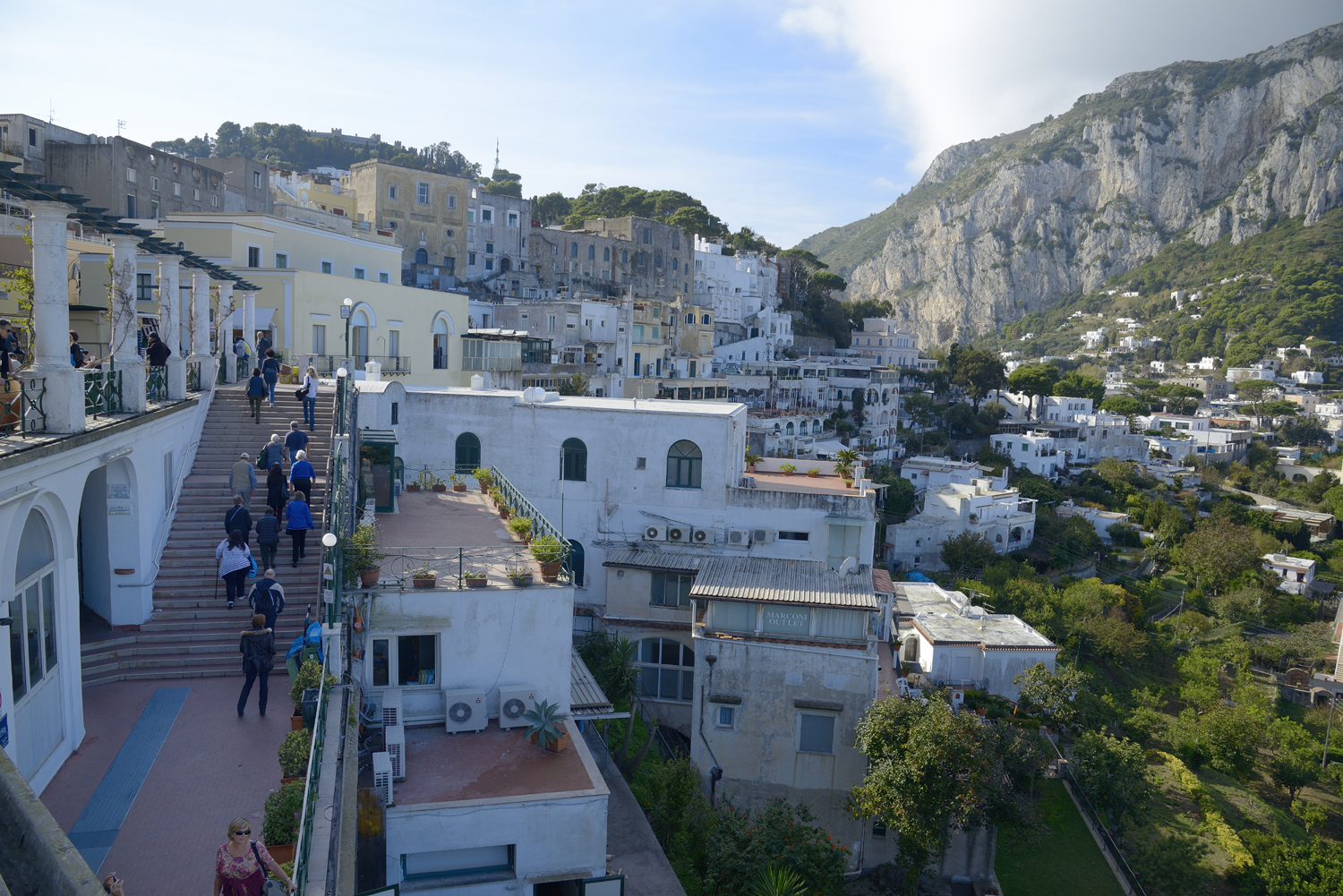 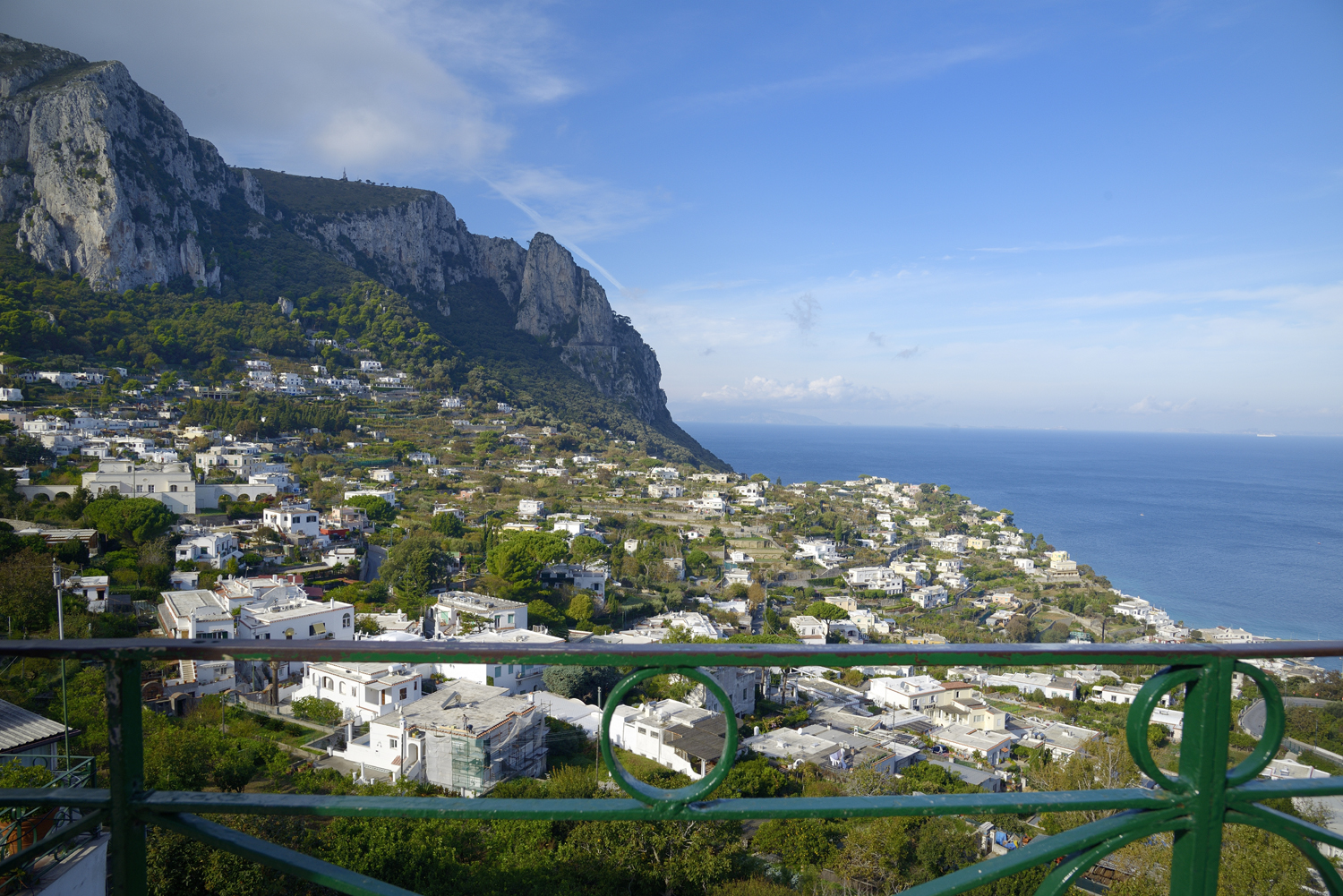 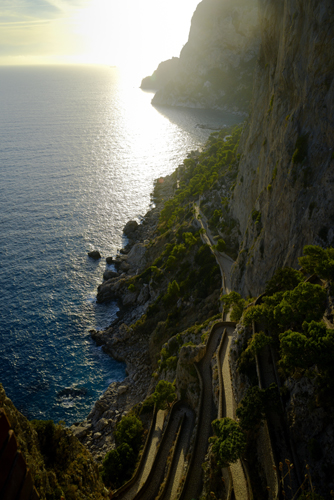