It is 7am and we have to catch a train from Naples to Taormina. While I look forward to seeing Sicily it is unfortunate that we miss the 8am breakfast at our hotel, the Marina Piccola 73, as the breakfast is very good. Every morning a different delicious tart plus meats, cheese, breads, cereal, cake, and cappuccinos.

But first we have to get to Naples so we take the local Circumvesuviana train that connects Sorrento to Naples (and Pompeii and Herculaneum).

Once at Naples’ Garibaldi station we find all the trains from Rome are late so our 9:50 becomes a 10:50. Breakfast is at a stand-up cafe at the station.

The Trenitalia train is clean and comfortable which is not what I’d expected based on online comments. No food is available on the train so we've snacks for the ride. As we wait for the train to pull out of the station a woman stands in the aisle talking very loudly to anyone who will listen. Passengers hand her food which buys her silence and then she exits, all of which brings to mind a similar experience on the Buenos Aires metro.

The train heads inland, east from Naples, then south along the rocky coast. For the rest of the trip the scenery alternates between tunnels, coastline, and towns of nondescript apartment blocks.

The train is full. Passengers are quiet; they read, sleep, and listen to phones.

In between looking out the window and following the train’s progress on my phone's Citymaps2go app, I start Camus’ The Plague. The story is set in a nondescript French town populated by nondescript business people. As the story begins the town’s rats all die, then people start to succumb. Camus’ story fits my mood.

That’s as far as I got in The Plague. I stopped reading because I was curious about the ferry crossing to Messina. You see, you don’t have to get off the train to cross the strait, yet there is no bridge.

How it works: at the port in Villa San Giovanni, a town at the tip of the toe, the train, minus the engine, rolls onto the ferry which then takes it on the twenty-minute ride to Messina. Train passengers are free to disembark the train to wander the ferry.

We walked out on the ferry deck during the short ride. We could walk wherever we wanted to on the ferry—the captain’s door was even open though we figured we’d not bother him.

In this the Italians are less nanny-state than North Americans. BC Ferries, for example, loads passengers, bikes, and cars separately whereas with the ferry to Capri everyone poured on simultaneously, cars and foot traffic intermixed, the vehicles weaving around the people. And there are no railings along the dock, either. A benefit of travel is seeing how others do things.

Once the ferry arrives in Messina the train cars are pulled off and half head west to Palermo, the other half south to Siracusa. Our train car goes south.

After another hour or so we get off at Taormina-Giardini and grab a taxi to our hotel. Tomorrow we’ll explore Taormina. 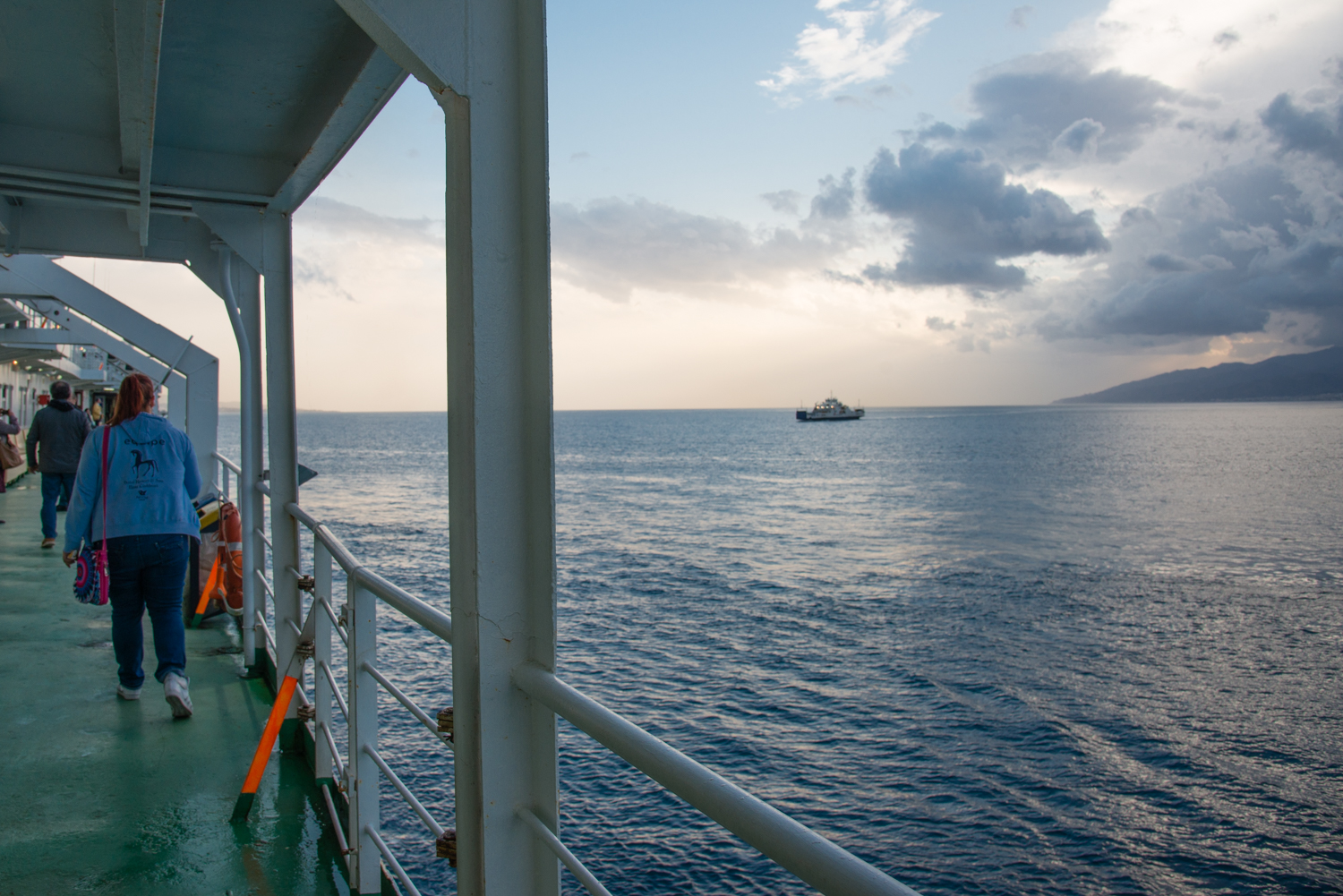 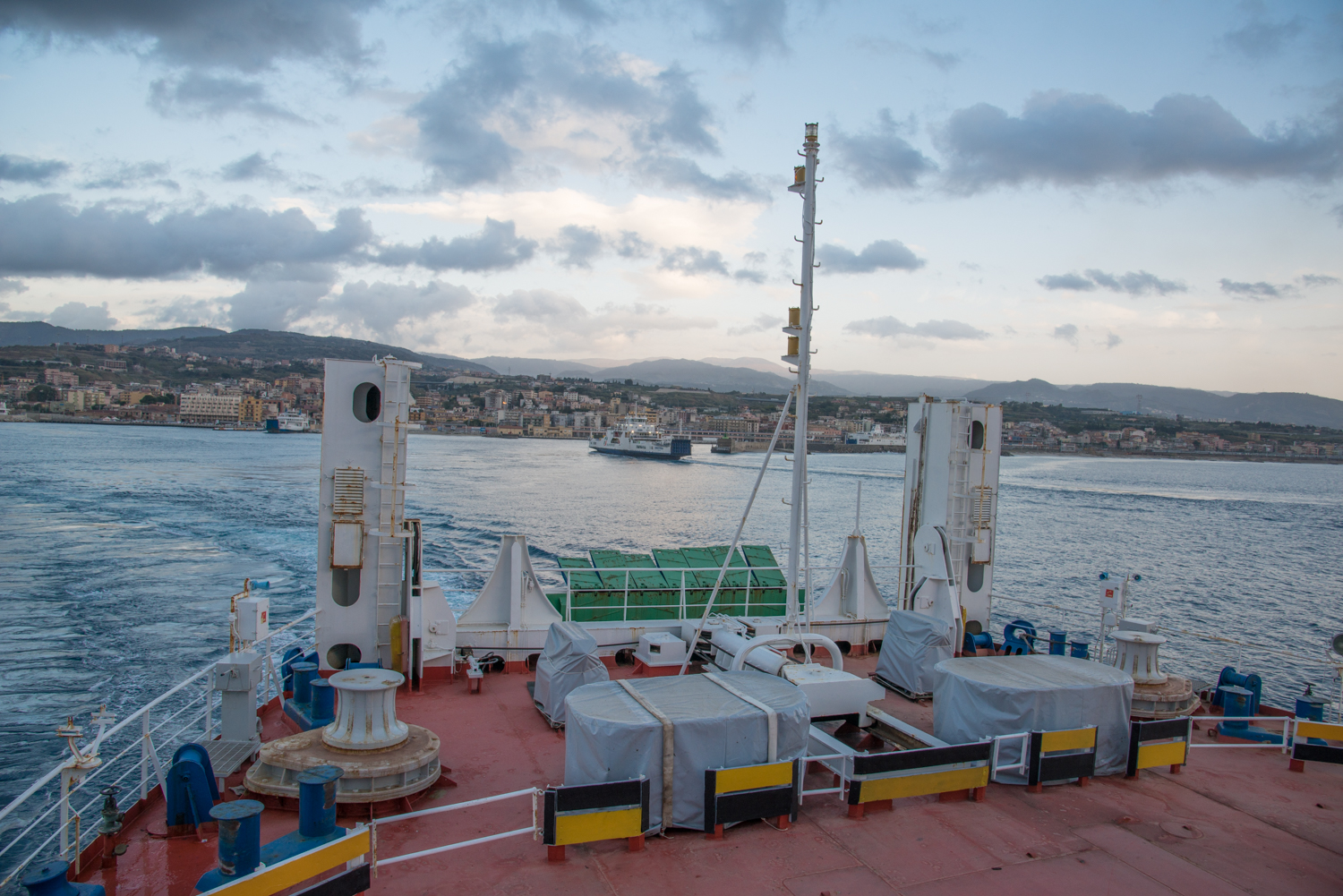 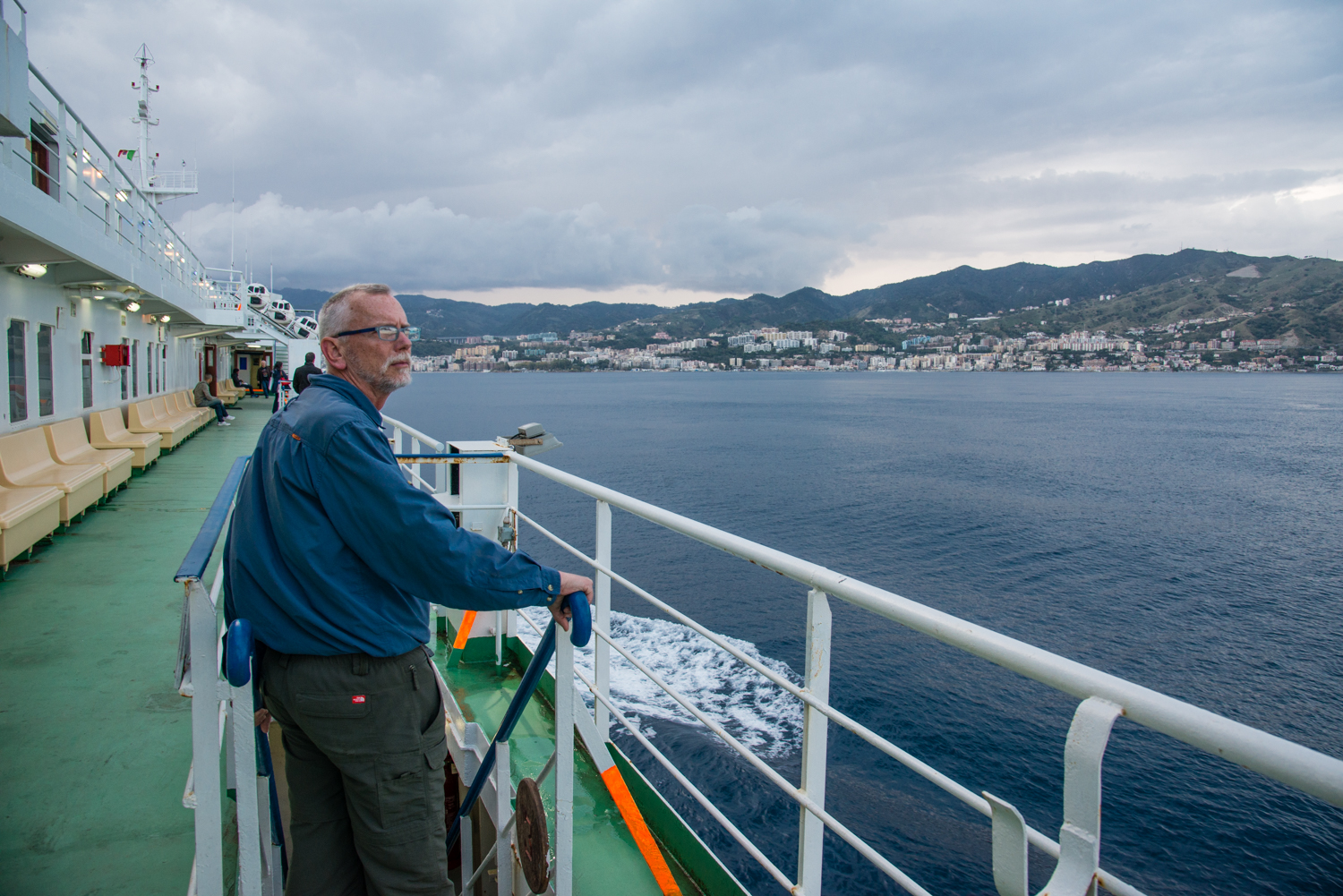 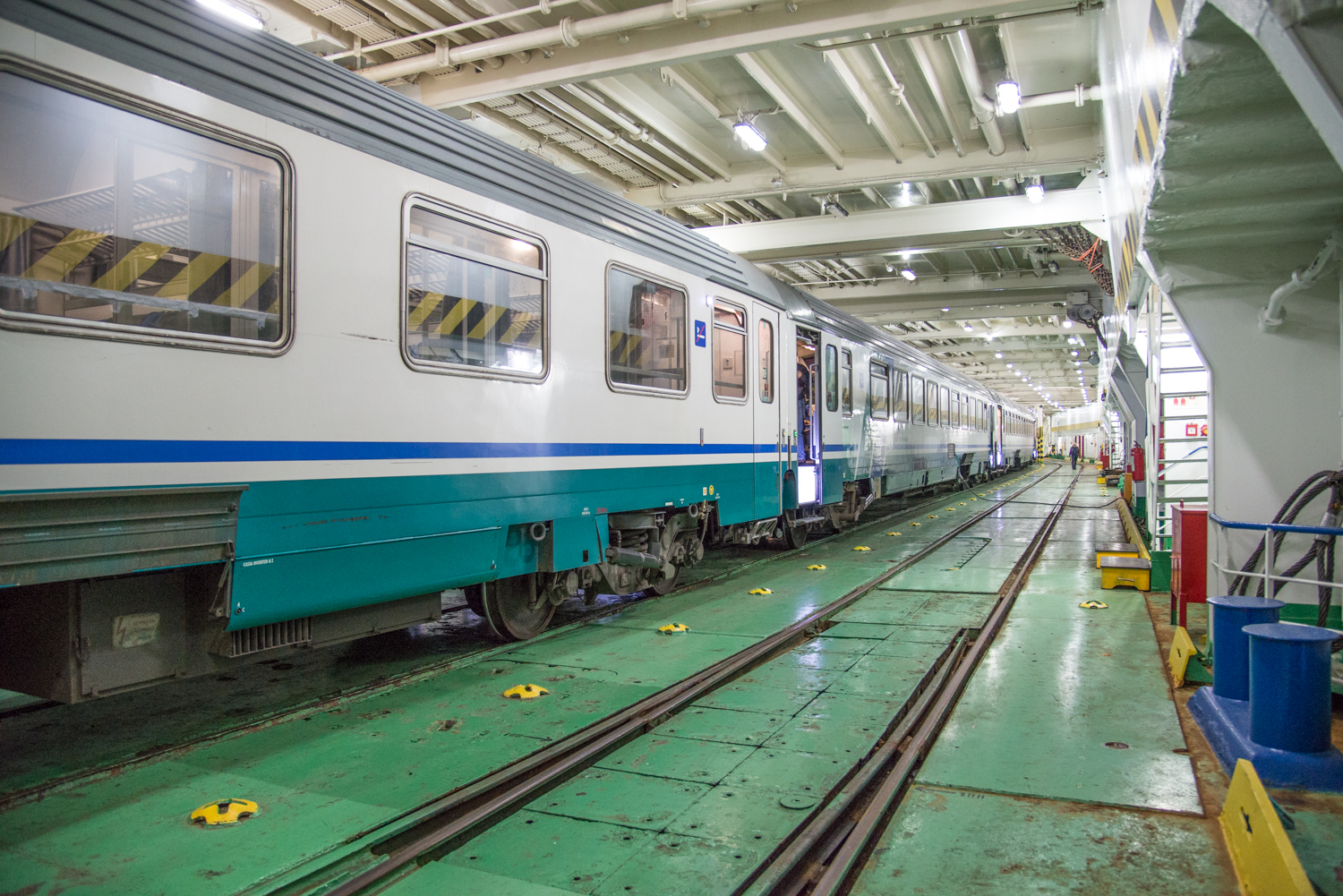