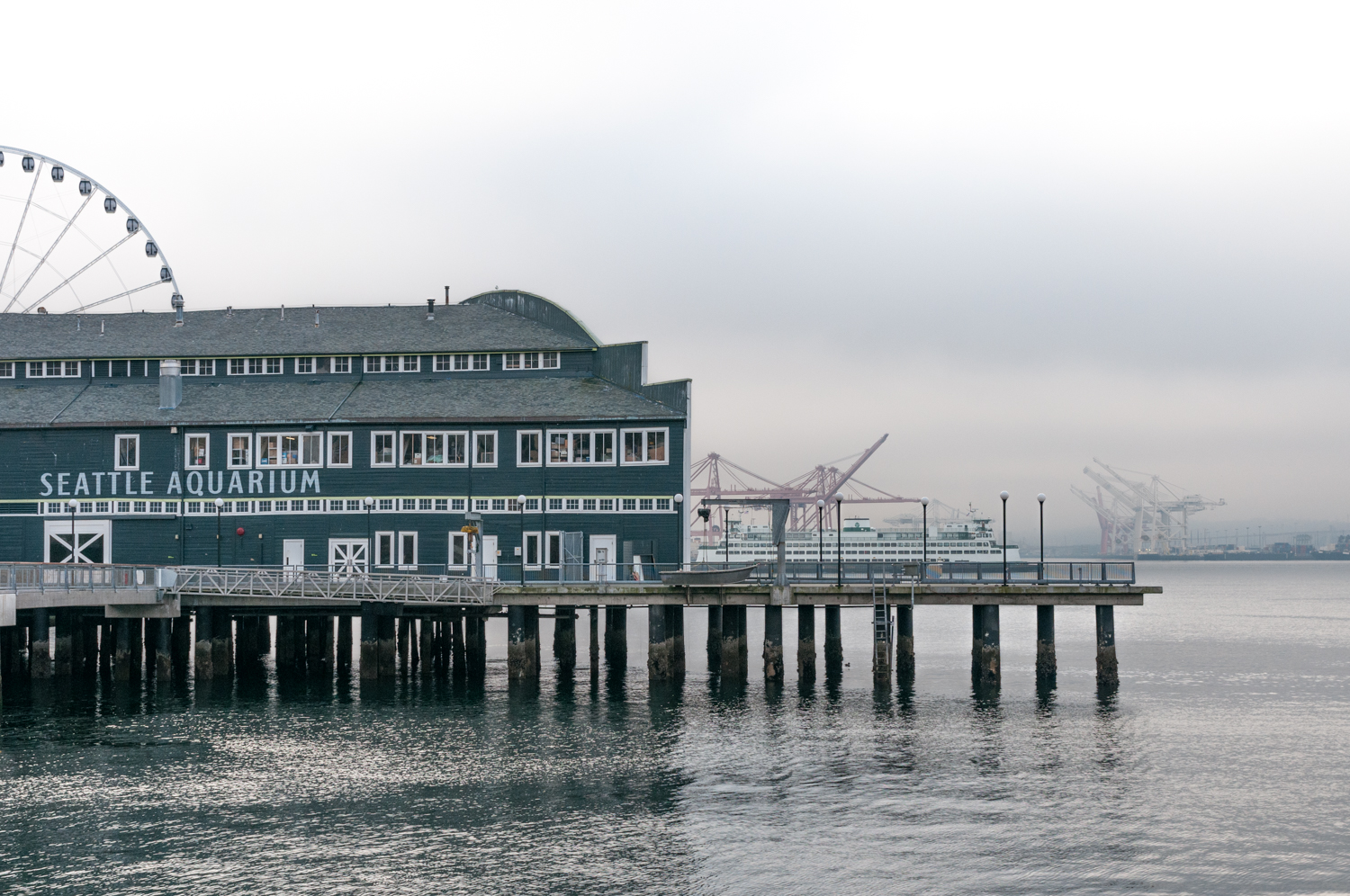 This building is a couple blocks from the Victoria Clipper dock, which is how we arrived in Seattle. The Clipper service consists of a pair of catamarans that sail a two-and-a-half hour run between downtown Seattle and downtown Victoria. No vehicles, just passengers, in a craft that is less claustrophobic than a plane and faster than a BC or Coho ferry. The trip is almost as scenic as the Tsawwassen – Swatrz Bay ferry that runs between the outer edges of metro Vancouver and metro Victoria.

Canadians use the Clipper to shop for discounts in the US, something the Canadian government doesn't discourage. Last summer, Harper's government doubled the 24-hour duty-free limit to $200 and quadrupled the 48-hour limit to $800. Which was plenty to cover what I bought at REI and Trader Joe’s.

Americans travel the Clipper to visit the most British of British Columbia cities. Downtown Victoria is human-scale and partially preserved, but it's British-ness is weak tea. Remember, Victoria is 7,700 km (4,800 miles) from London and surrounded by a country that differs from the US only in the details.