It's Taormina, our first stop in Sicily. The skies promised rain so we explored the town and hoped to hike the next day.

We stayed at Isoco Guest House, a b&b with 5 themed rooms (Keith Haring, Herb Ritts, Botticelli, ...). Paul and I were the last guests of the season. Once we check out they will close until spring. Judging by what we see and what we've read, winter in Sicily is almost balmy, at least compared to Canada, but most visitors prefer the sweltering summer when the streets are packed shoulder-to-shoulder with people. For us, in November, Taormina is free of crowds. 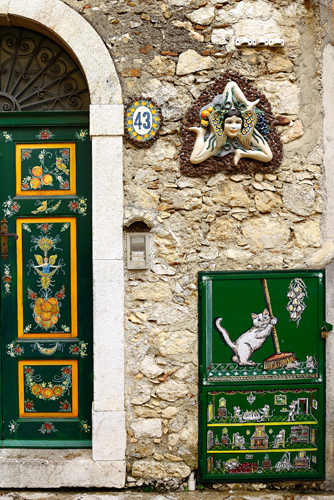 Taormina is a small (11k pop), well-preserved medieval town perched on the side of Monte Tauro. It has long been a popular tourist destination, attracting a similar clientèle, and acquiring a similar reputation, to Capri. Taormina's setting, at about 300m elevation, offers views of the east coast of Sicily, the Ionian sea, and Europe's largest volcano, Mount Etna.

On top of that, Taormina itself is a feast for the eyes. There are remnants of an old town wall, charming streets, intimate piazze, warm pastel-coloured buildings, and balconies overflowing with flowers. Like most old Italian cities, street widths vary from barely two cars wide to maybe a meter wide. Taormina is known for its large amphitheater, the Teatro Greco, which was built in the 3rd century BC and is still in use today.

After breakfast we walked a short distance down via Cappuccini, passed under one of the old city wall's arches, then down the main street, Corso Umberto. Corso Umberto is chock-a-block shopping, and much is high end. I admired an olive-coloured trench coat in one window but I don't know when I'd wear it (plus the 900€ tag gives me pause).

We walked Corso Umberto from one end of the town to the other, stopping in old churches and artsy stores and a pastry shop for cannoli and gelati. We returned to our b&b to rest up from our strenuous day then headed out for dinner. 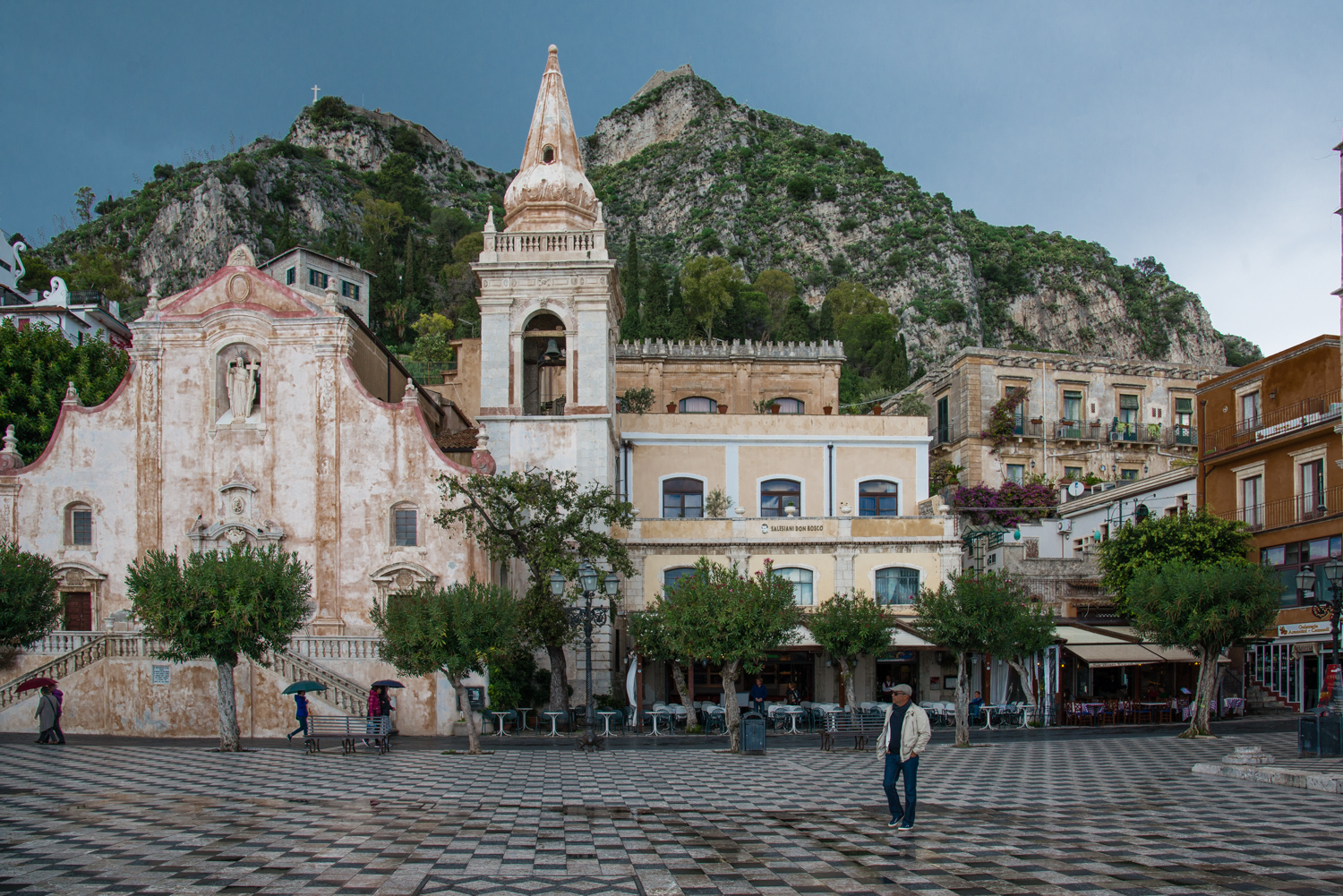 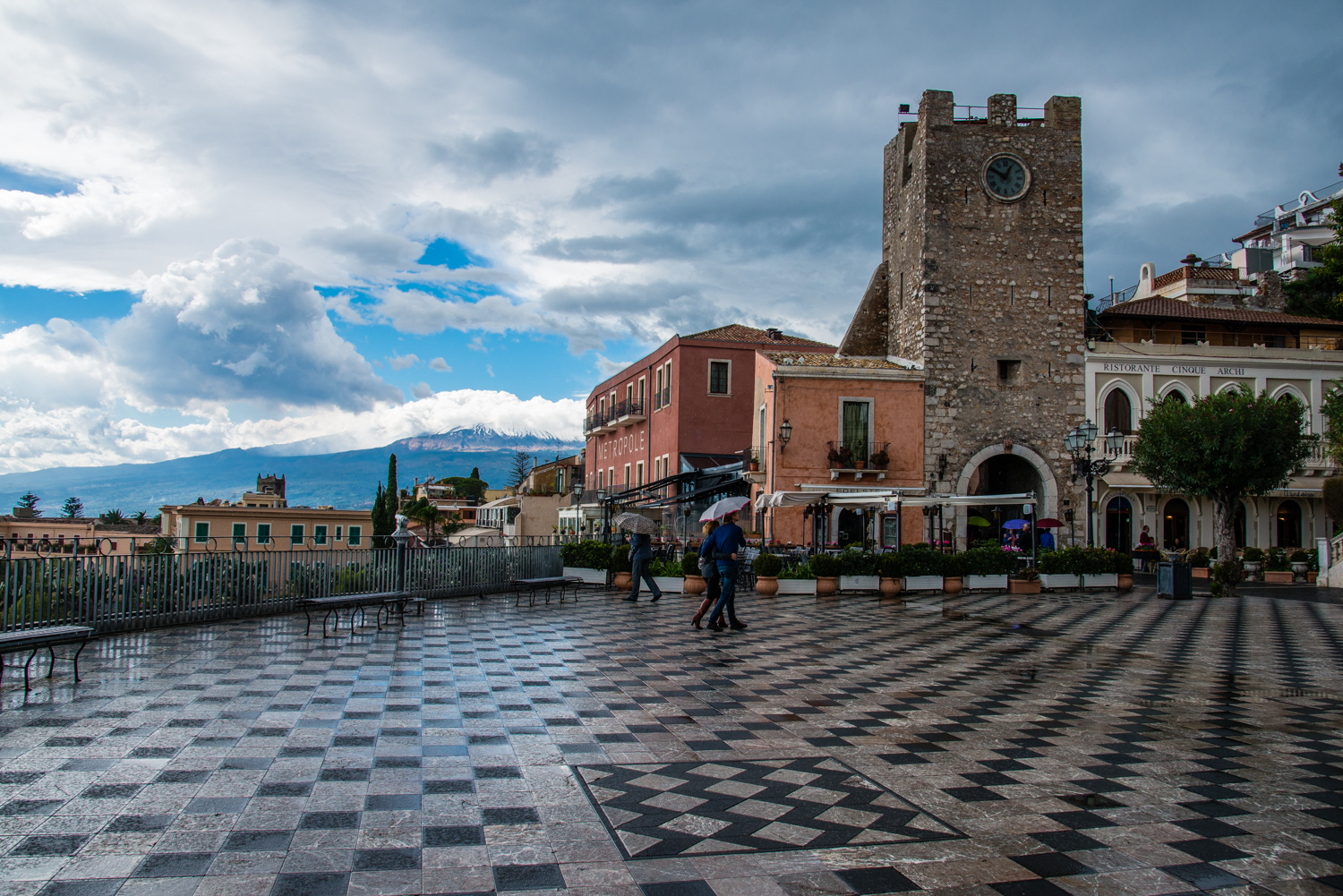 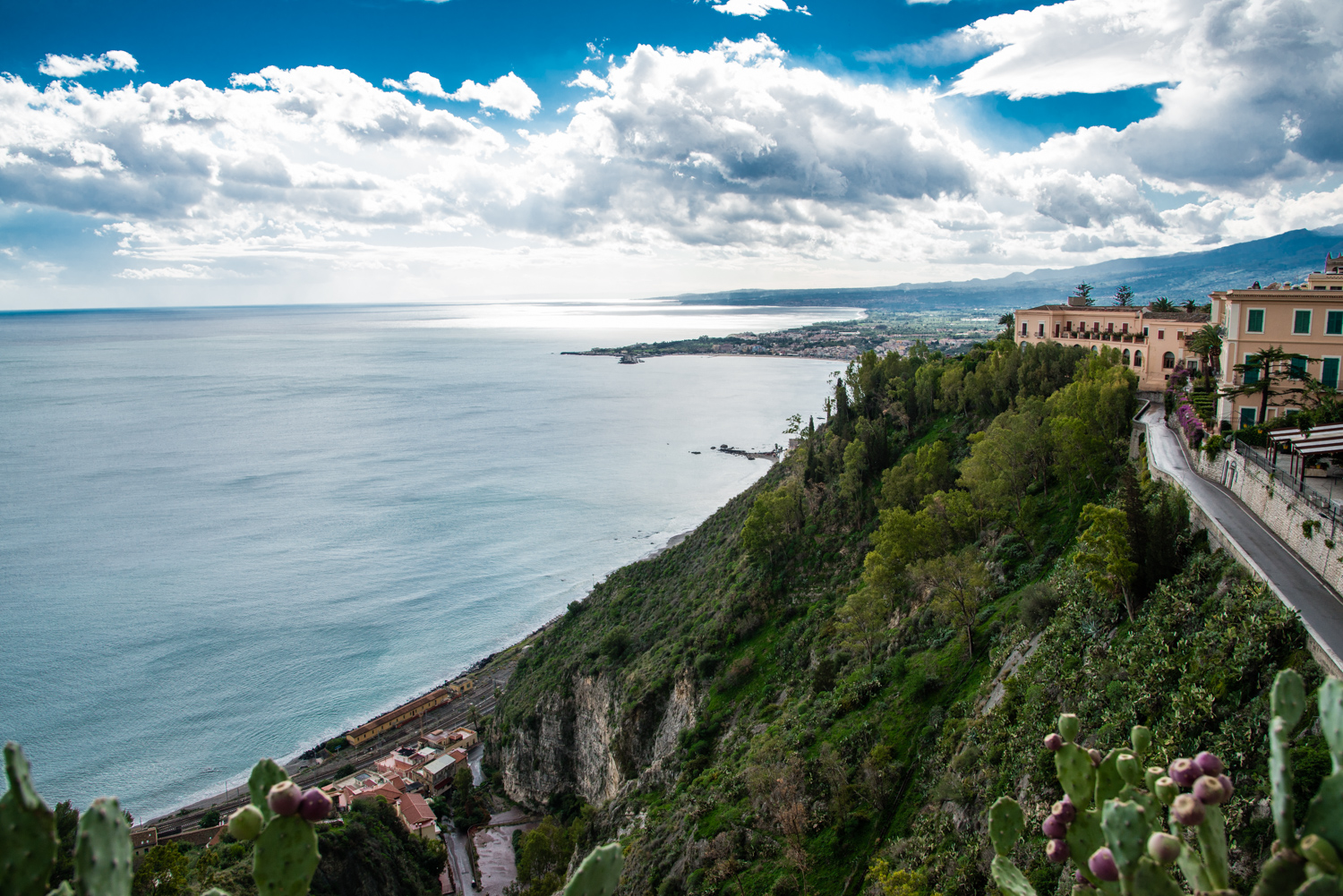 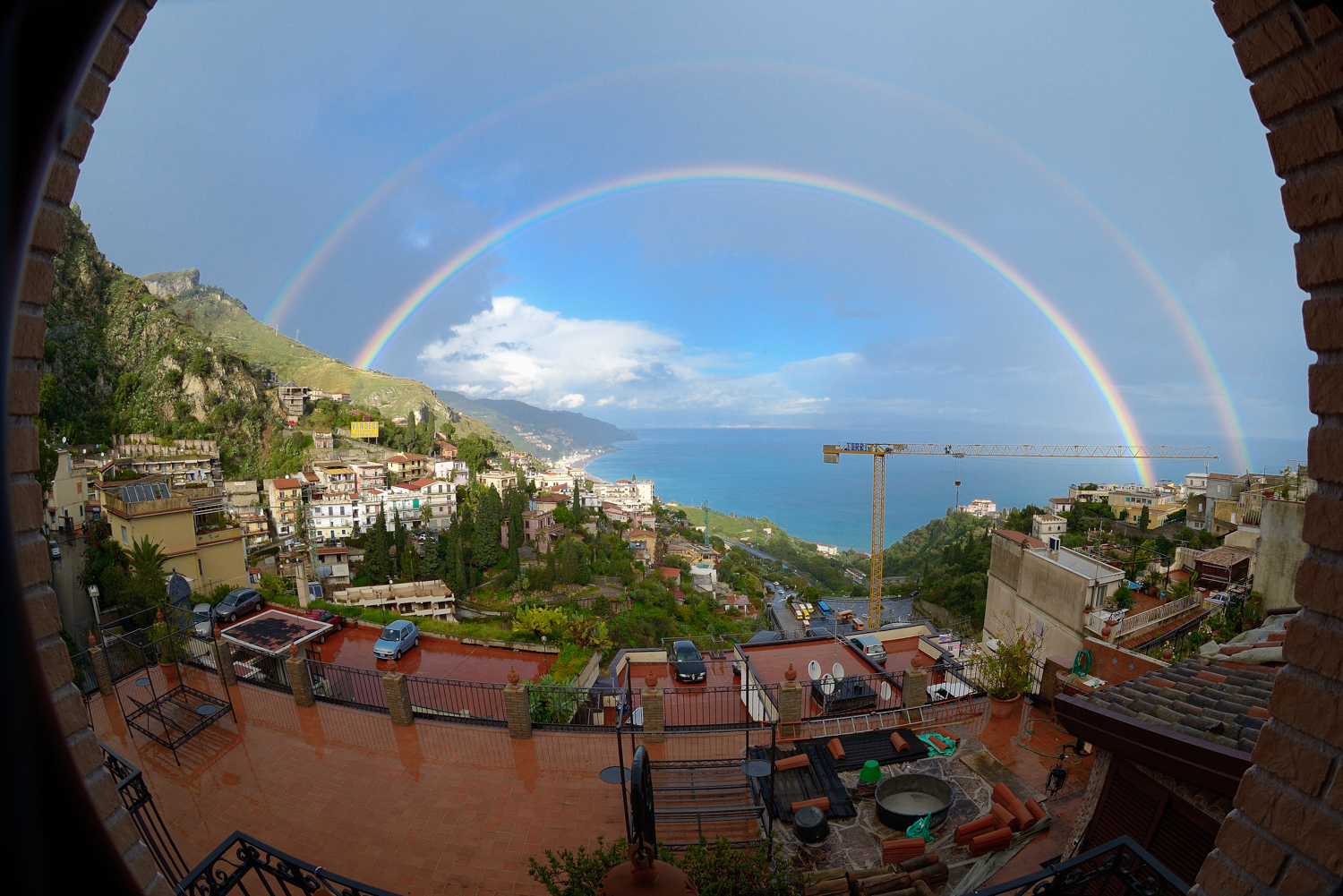