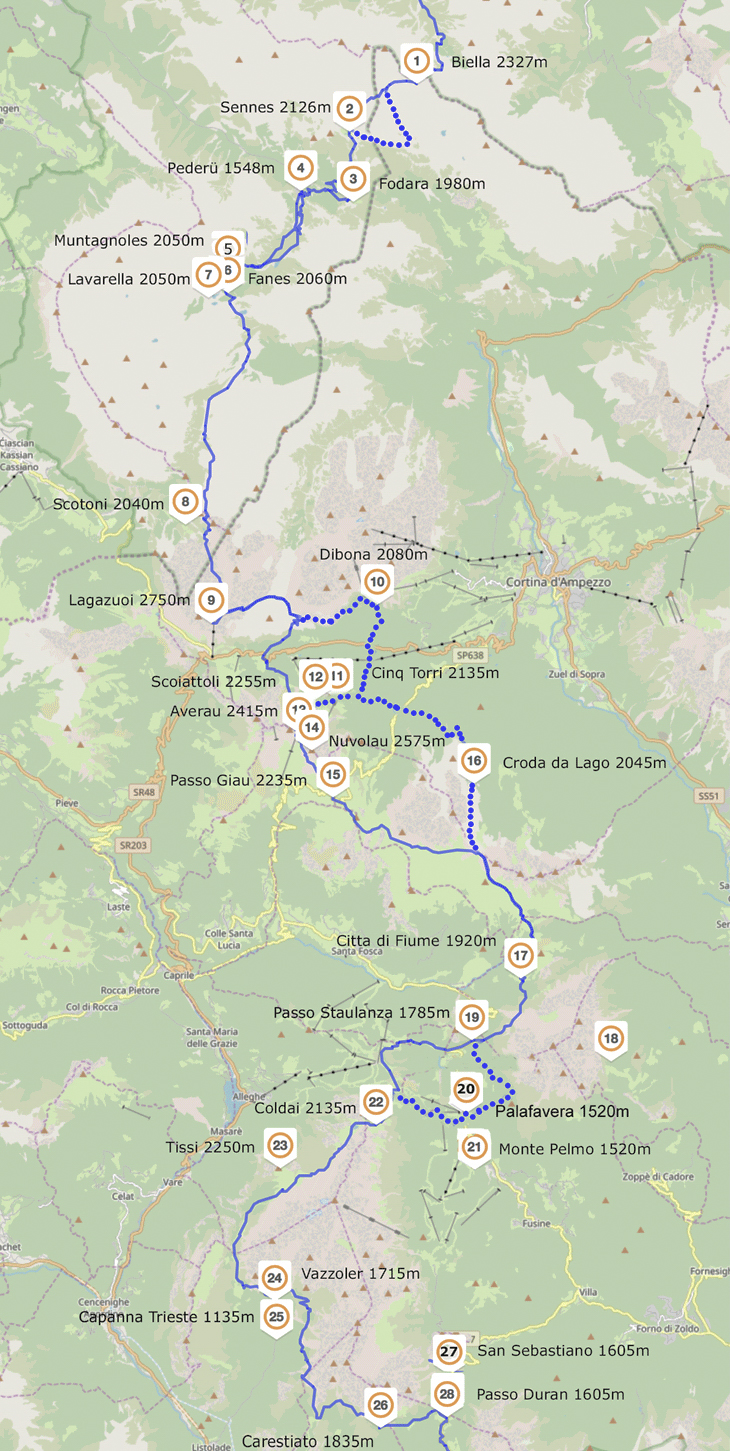 Alta Via Uno
We went to the Dolomites because they are known for their beauty and they are crisscrossed with trails and sprinkled with mountain huts. To get there we headed north from Belluno, by taxi, over a windy mountain road, our destination being a trailhead at the northern end of the Dolomites. From there our plan was to visit eight Alpine huts (with a layover in Cortina d'Ampezzo at the half-way point) as we made our way south.

The map shows some of the huts and trails in the Dolomites. While the map doesn't show the exact route we followed (it shows more than that), it does feature all the places we stopped. Unlike with the Haute Route, I didn't carry a GPS-equipped camera so map locations are going to be inferred from photos and memory.

Our first night's lodging was at Rifugio Fodara Vedla (a.k.a. Fodara), which is top center on the map (3). After Fodara we headed to Fanes (6), Scotini (8), Cinque Torri (11), the town of Cortina d'Ampezzo (two nights with a rest day in between), Staulanza (19), Tissi (23), and then we ended the hike at Sebastiano (27). The hike took us nine days though to revisit it will take considerably longer as I'll post usually one picture per day.

Rick Steves recommends a different base than Cortina. He likes Castelrotto, italy. See his article in the Times Colonist.

Belluno to the trailhead Next
Belluno Prev