The nearest airports to San Miguel (SMA) are Leon (90 min) and Mexico City (4 hours). Reserving a shared shuttle to/from either airport is easy and the vans are, well, vans. The tradeoff is time at the airport versus time on the road.

While Leon's small airport looks pretty new the MEX airport is old, it's all drab cement grey alternating with garish screens. It's windowless, run down, and where I was lying on the bench seats I felt my eyes seared with an endless loop of annoying ads, I felt in a Black Mirror episode. Even the departure board loops with ads, and the useful information doesn't stay on long enough to find your flight. You have to keep watching the ads, the same f*ing ads. An ugly depressing place to spend time. A shame the new airport was cancelled.

We got up early, Ubered1 to the Merida airport, then flew to Mexico City. We waited for awhile at arrivals then I called the shuttle service. They apologized. We were met by a fellow from Bajiogo shuttle. We quickly discovered it was piloted by Mad Max. So I put in some earbuds, listened to the last chapters of a Trollope2, and kept my eyes averted from the road and threatened carnage ahead. After several hours of pedal to the metal, dodging between cars, trucks, and construction zones, Max suddenly slowed. We'd arrived in quaint, cobblestoned San Miguel. This is looking very different from Merida.

Our driver left us at the door of a striking ultra-modern glass and cement architectural delight. From what I've seen so far, of the house and the colourful city, it looks like San Miguel will be a visual feast.

In the meantime, we gotta eat. So we stocked up the fridge from a nearby grocery then headed out for dinner. Tired, hungry, we'd not eaten since breakfast at the airport, we resorted to our fave cuisine, pizza. Yeah, I know, pizza in Mexico, why would one eat pizza in Mexico, but why not? And they had my numero uno, a thin crust Margherita with anchovies.

Upon leaving the aptly named Neapolitan Pizza, which by the way was excellent, we found ourselves refreshed and surrounded with murals and I love murals. The first time any murals caught my attention was in Valparaiso. The colourful public art transformed the town, the seaside setting being beautiful but the architecture not. Turns out, San Miguel de Allende has murals, too, though they are just an added bonus to the charming architecture. I've a few mural photos below.


1We'd not used Uber prior to Merida. We quickly became fans of the no-cash-needed service.

2Trollope's stories of life in Victorian England are absolutely nothing like Mad Max. 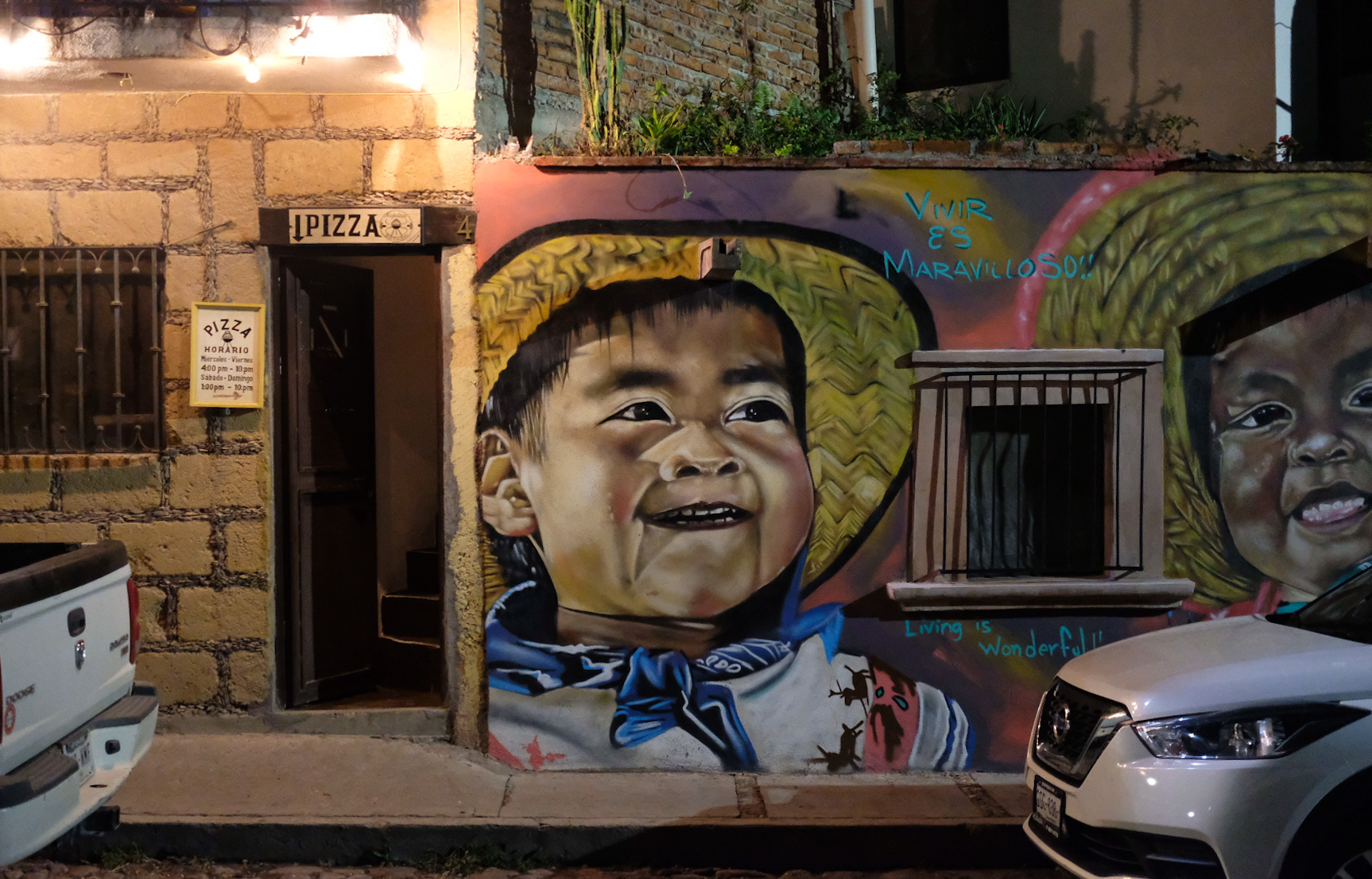 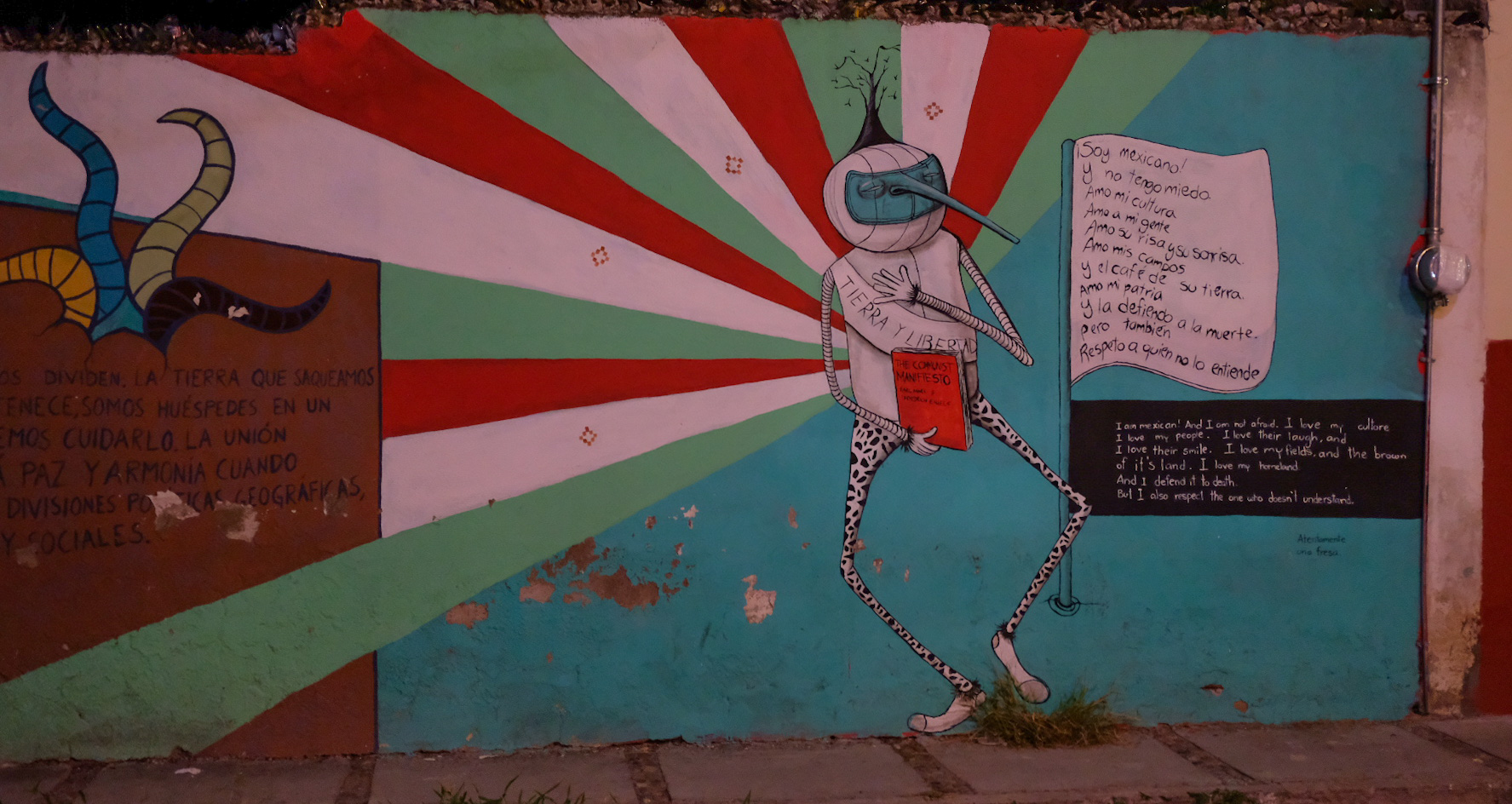 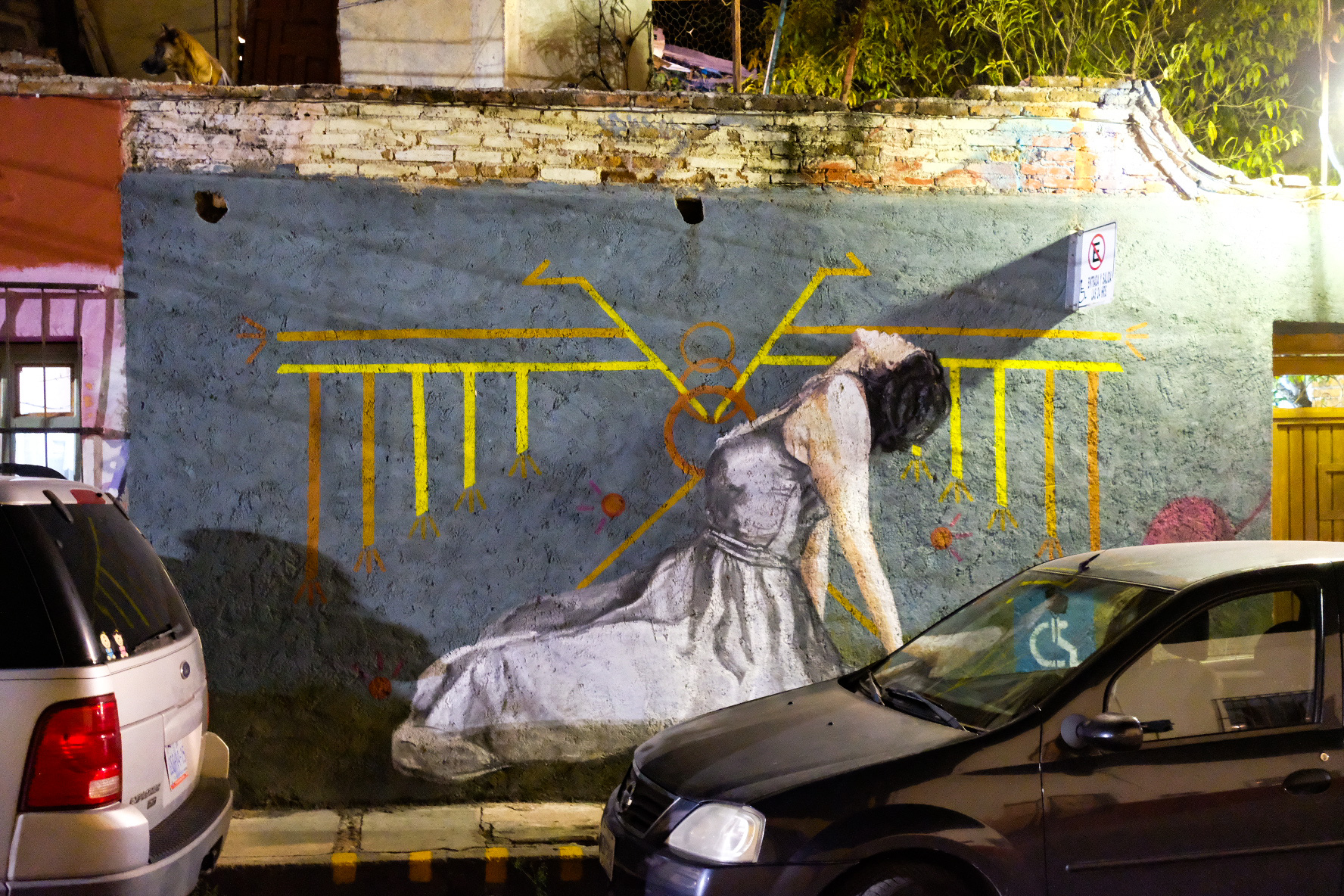 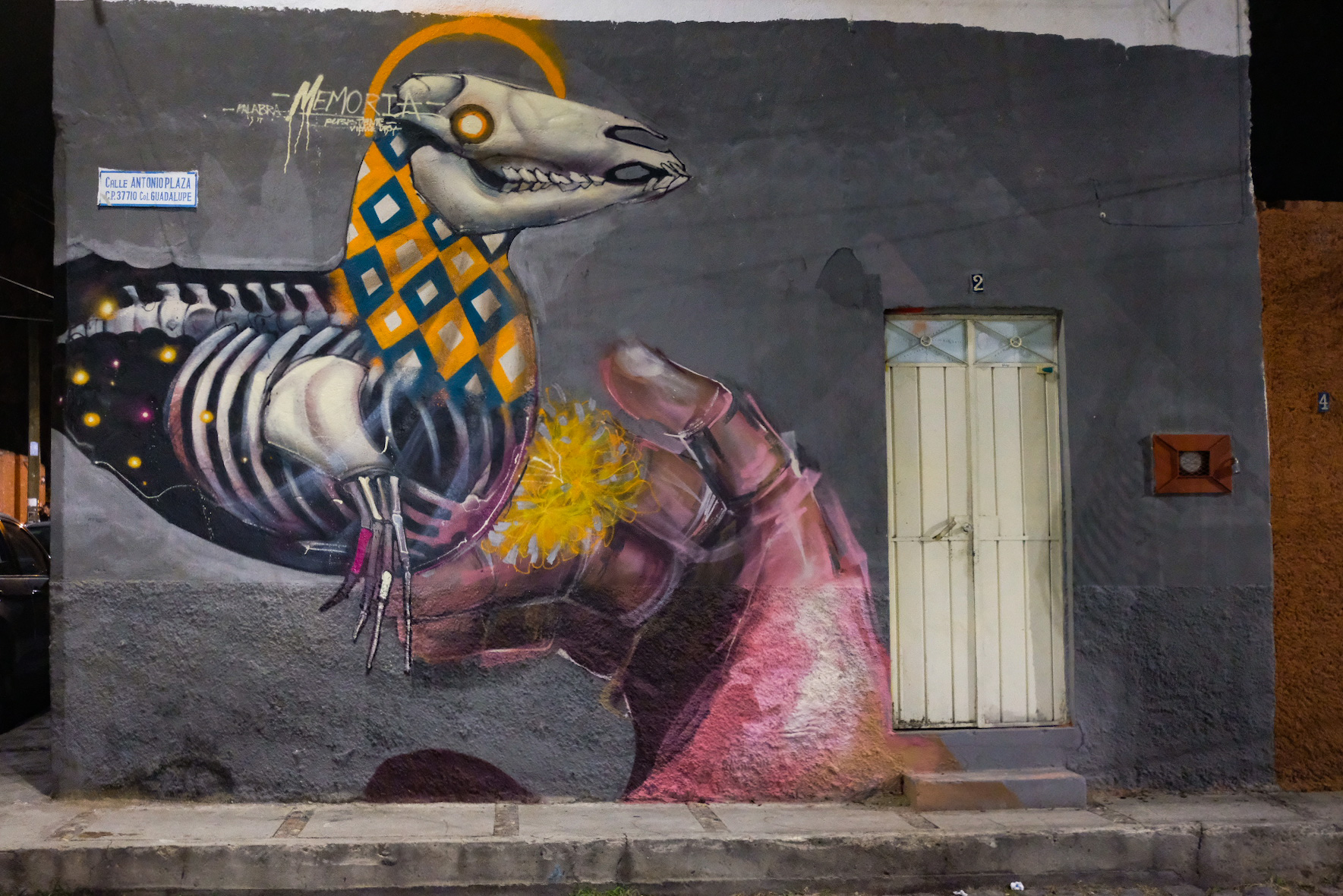