Yesterday I hiked the coastal trail in East Sooke Regional Park, from Aylard Farm to Beachey Head. The coast-hugging hike is rocky and the trail footing treacherous in places. To be fair, the experienced rock climber, and there was at least one among us, will find the path but a stroll in the park. But I am not so brave.

I kept the D300 snugged into my pack much of the day to keep it from distracting my scrambles over the exposed damp rocks that hang over the rough waves of the strait. This reminds me to pull out the camera harness I wore when hiking in the Alps.

I'm not pleased by any of the day's shots. This means more work to find a single photograph to show for the day's hike. This is in contrast to the rare instances when I like a shot, in which case it is easy to process as I recognize when I'm done. The second-tier shots are hard to massage because I don't know what to do with them. I find myself taking these shots along several different paths, a time consuming process.

The accompanying pictures of the hiking group are one picture (or a set) processed several ways. The multiplicity isn't because this is a fine shot; just the opposite. Perhaps the best of a poor lot. The first two result from a 5-shot HDR set: the brightest by Nik, the second Photomatix. The third is the middle shot processed with Capture. And the fourth is from NIk's Silver Efex. Nik's HDR colors are bright for my taste but I'm entertaining the idea that their intensity will grow on me. The exif shows the 17-55 was at 17mm and f/9.

The take home: bring a circular polarizer, especially if shooting by the water and/or on a sunny day. 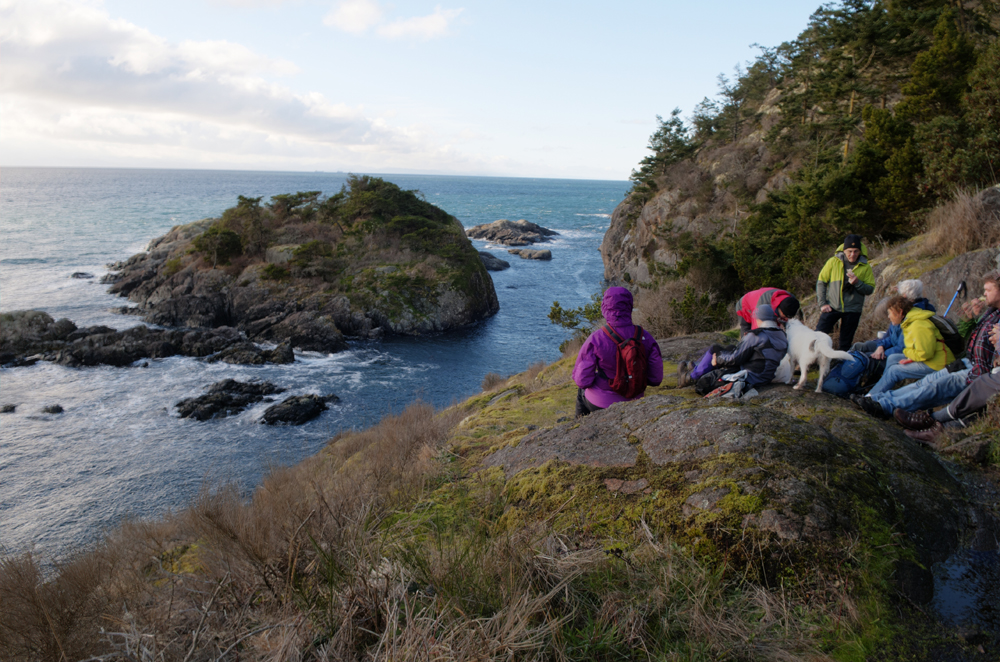 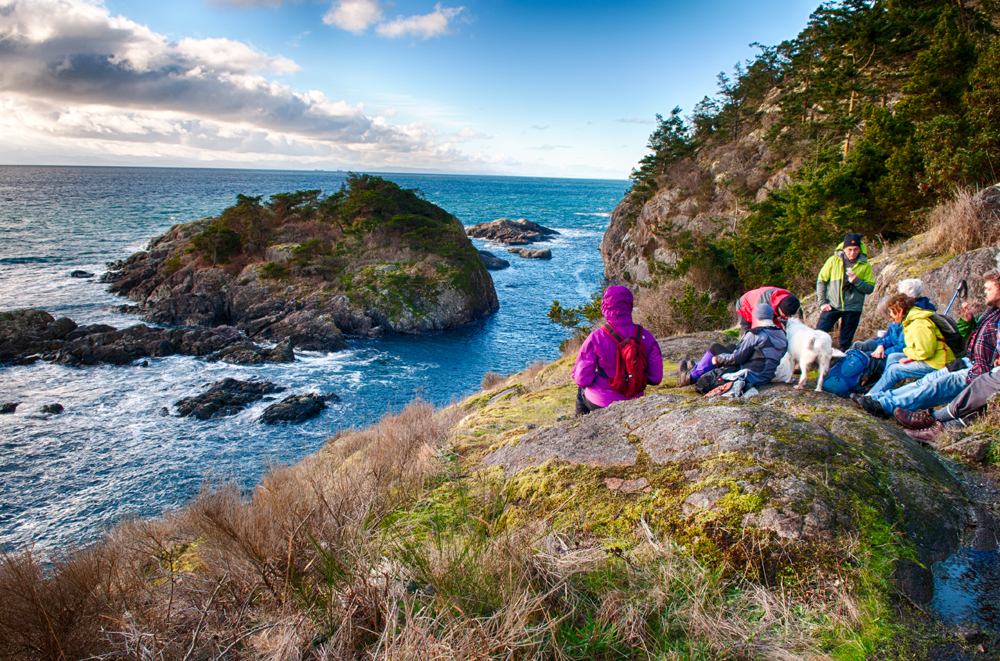 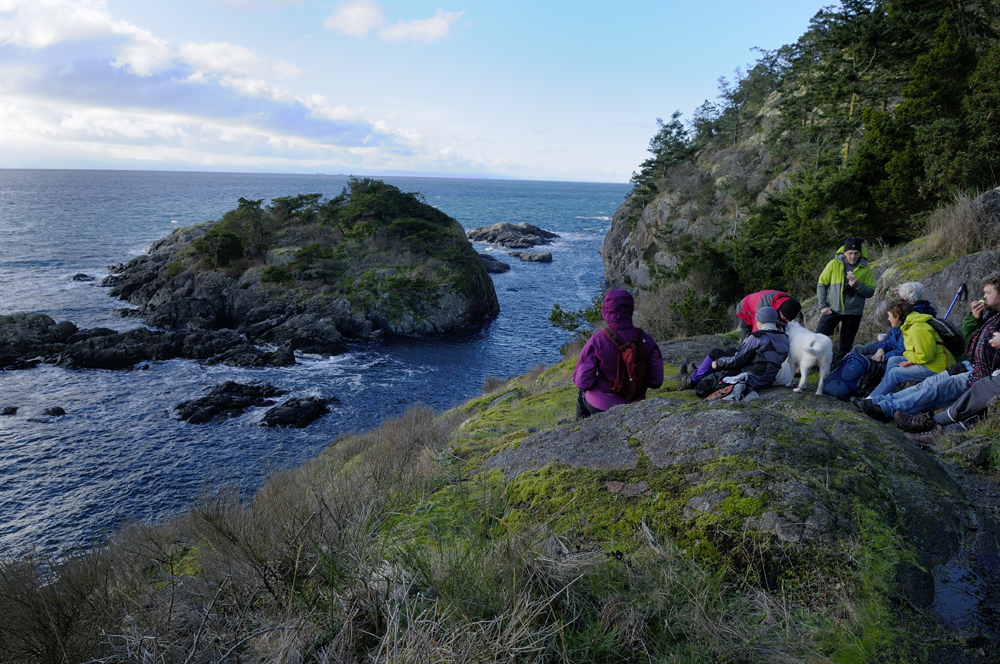