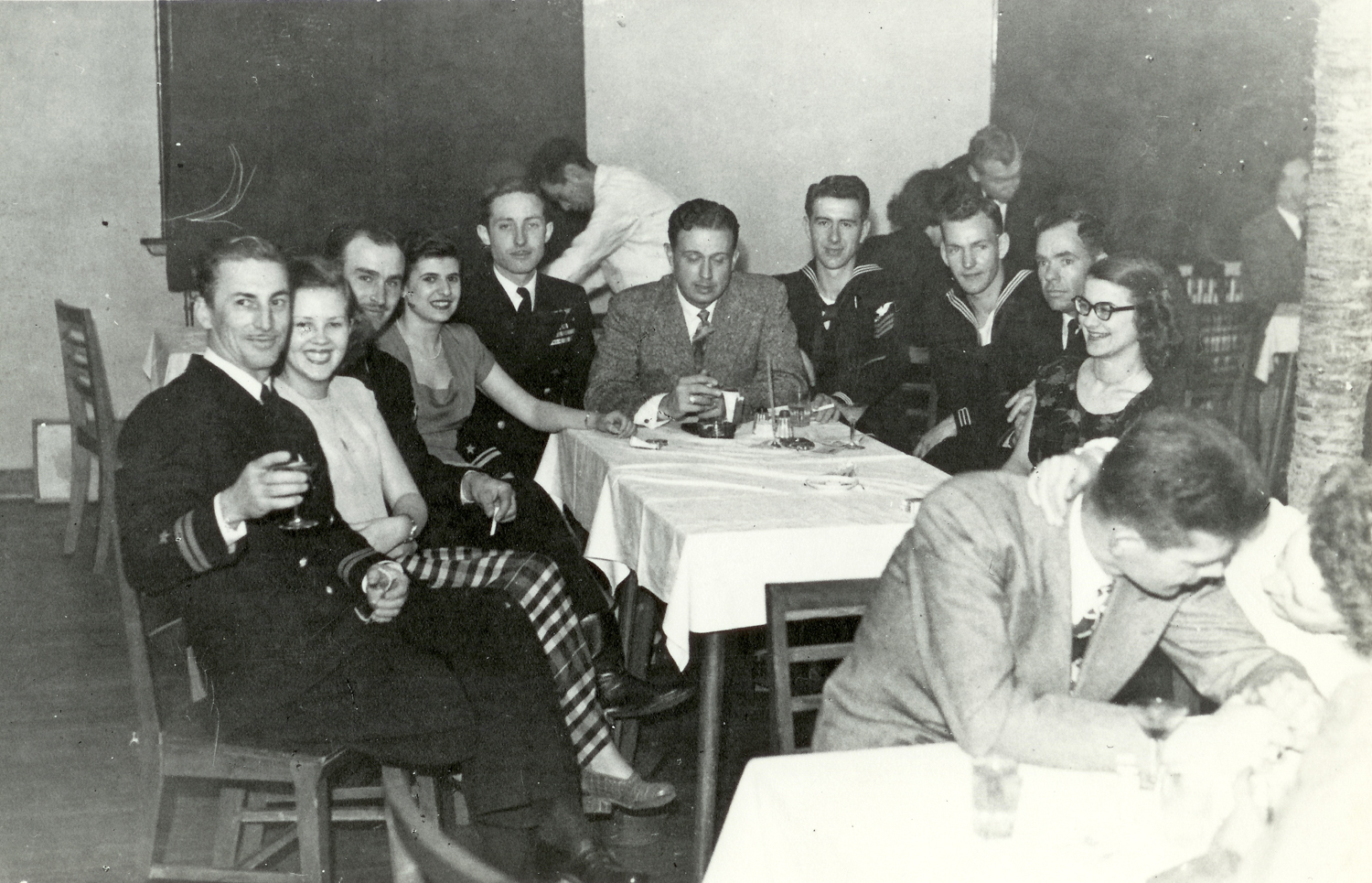 My parents met in Shanghai. It might have been at a bar like this. She was about twenty and he was 25 years older and married. Mom was born near Harbin, in northern China. Her parents were refugees from the Russian revolution. She was to be a refugee, too.

Future dad, the leftmost fellow in the picture, seated next to plaid-pants future mom, grew up in Texas which he left at eighteen, hopping a train to the city. At the time the picture was taken he was in Shanghai working as an officer in the US Navy.

Not too long after this future mom left Shanghai "on the last boat out" my father liked to say. I don't know if it was. She was on her way to the Philippines. From there she traveled to Australia. After a couple of years future dad, newly divorced, reappeared. He proposed, they married on ship, and lived fairly happily ever after.