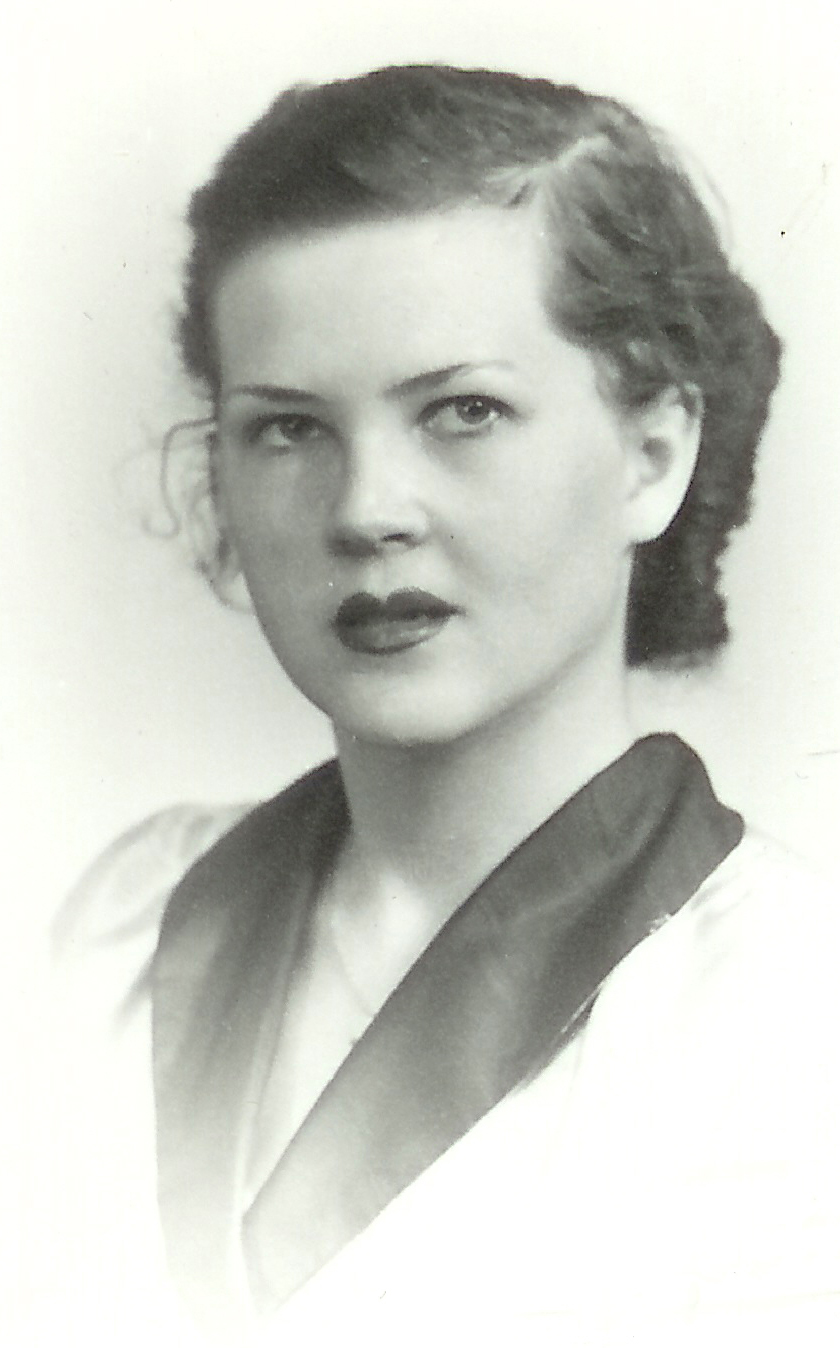 A picture of my future mother. The photo's date (1940?) and location (Shanghai) are guesses, but should be close. Shortly after she died I submitted the following obituary to the Austin American-Statesman newspaper.

Angela Gaston, a gifted French teacher who sought to inspire her students to share her love of learning, died on April 10, 2006, at her home in Palo Alto, California. She was 76.

Angela was born in Manchuria, where her family briefly settled upon fleeing the newly-formed Soviet Union. She grew up in Shanghai. After meeting her future husband Jim, a US Naval officer, she fled China--on the last boat out, my father liked to say--for the Philippines, followed by Australia. My future parents got back together in Sydney where they married. They lived in London then several locations in the US prior to settling in Austin. My father Jim died in 1992.

Angela earned bachelors and masters degrees from the University of Texas. She taught French (and occasionally Spanish and Russian) at McCallum and Anderson high schools in Austin and was an accomplished cook and gardener. Her smiling face and happy disposition will be missed by all who knew her.