We aren't in the Dordogne for the foie gras or the truffles, not even for the rich red wines. We're here to see the charming old towns, the winding rivers, and some of the oldest art on the planet.

Sarlat-la-Canéda, or just Sarlat, where we are staying, is picturesque and touristy. Originally settled in the 8th century, the town center is composed of 15th- and 16th-century houses built of ochre-coloured stone with steep stone roofs. Most of the city's narrow traffic-free streets radiate out of the Place de la Liberté, the central square that hosts a big Saturday market. Many streets are but passageways that burrow under buildings, such as the passageway that leads to our apartment.

Even off season, there are a lot of tourists in Sarlat during the day and most of them are enjoying the restaurants that line every street and fill every tiny square. And where there isn't a restaurant there is likely a store selling the local specialities, foie gras, confit de canard, truffles, walnuts, cheese, sausage, and wine. 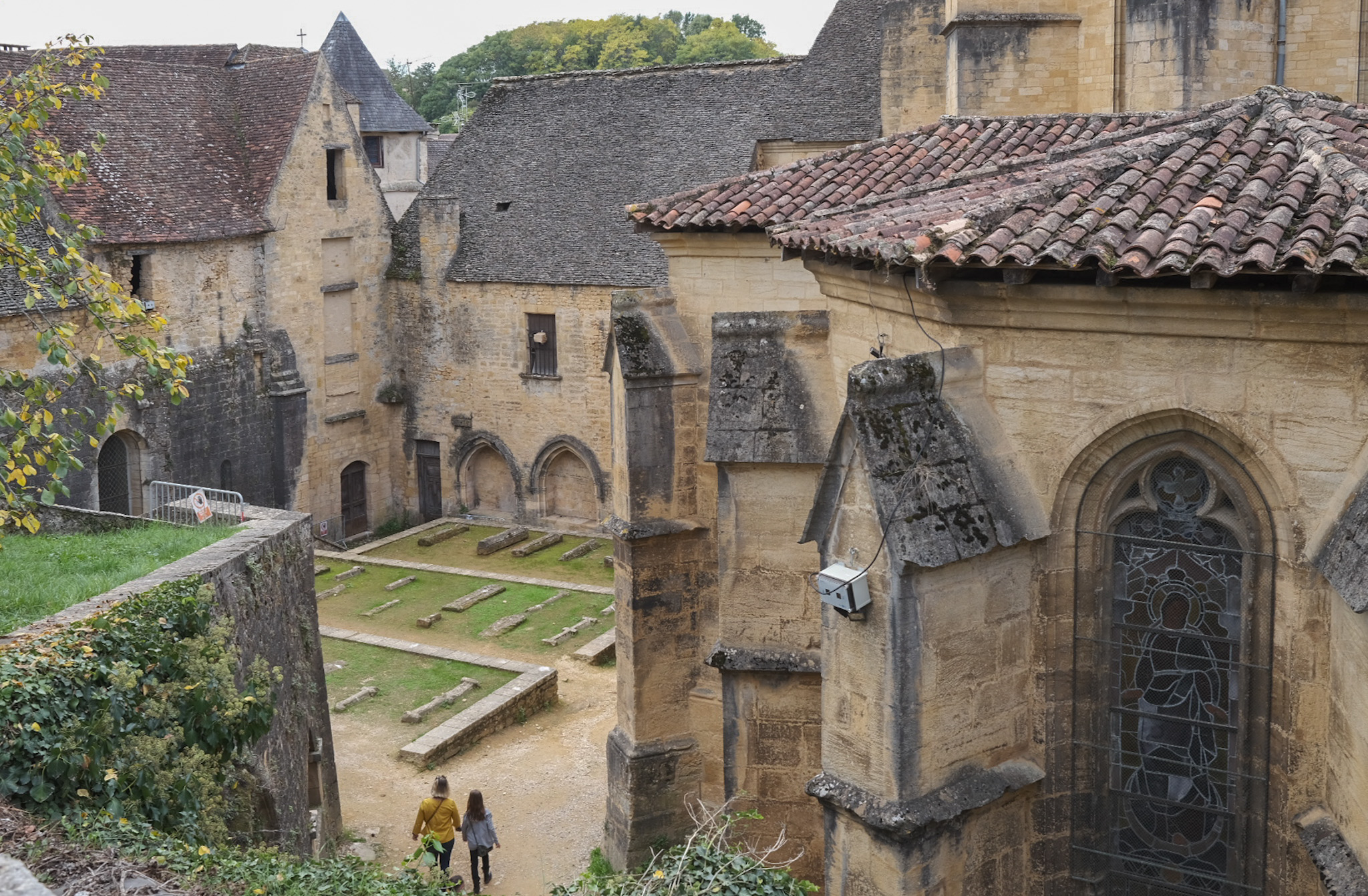 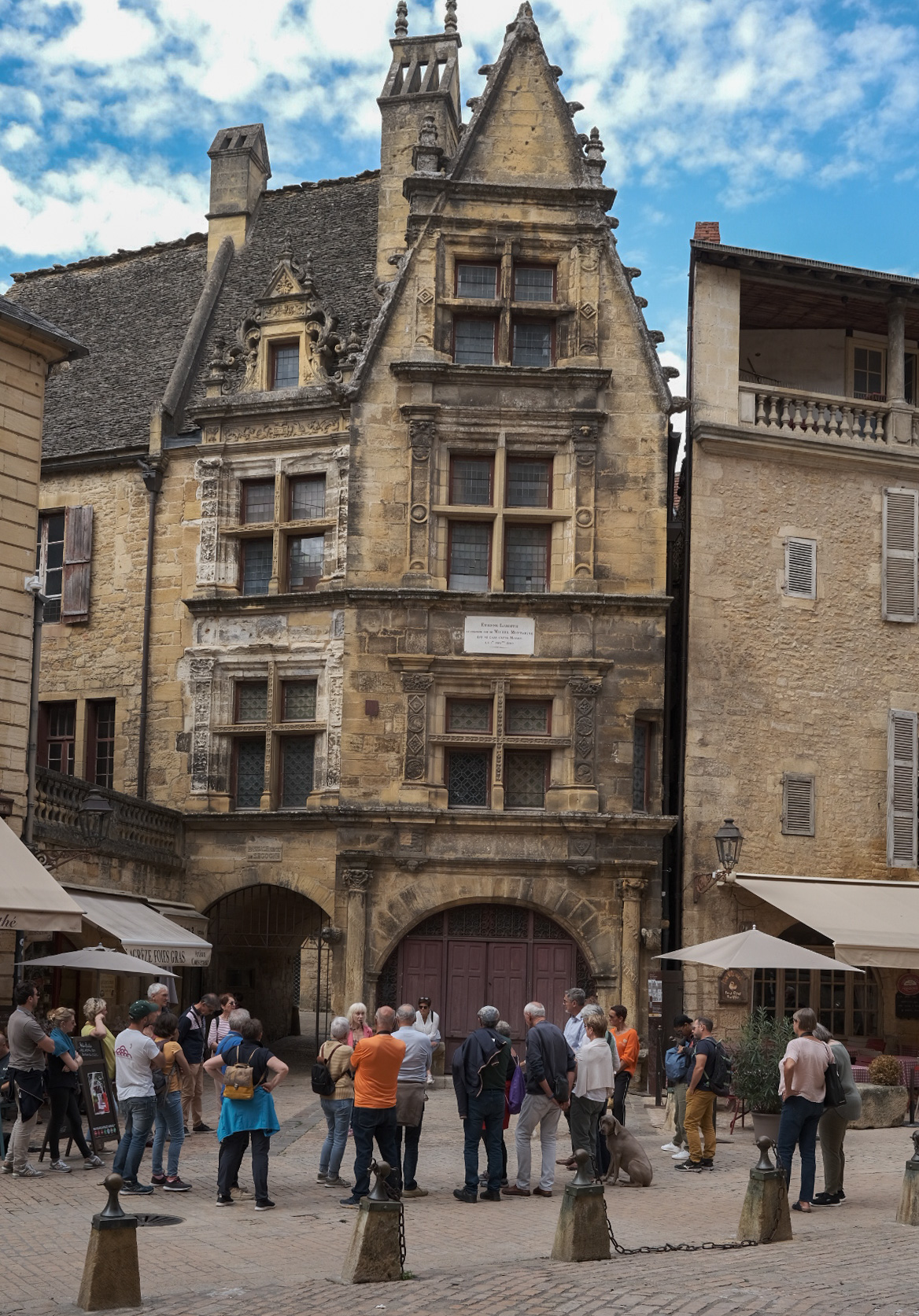