While Bordeaux deserved a longer stay, we'd scheduled our next few days in Sarlat-la-Canéda, in the nearby Dordogne. So come morning we packed our bags and walked from L'Hotel Particulier to the nearby train station, Gare Saint Jean, to pick up a rental car we'd reserved. We considered taking the train but the one between Sarlat and Bordeaux has a pretty sparse schedule plus, we thought, a car would be useful for exploring the Dordogne.

The friendly Europcar lady suggested adding a small fee to our contract that would get us full insurance coverage on the Fiat 500. We agreed, a decision that soon proved fortuitous. Fifteen minutes out of Bordeaux we were stopped behind a semi truck on a highway exit ramp when we were hit not once but twice by another semi truck. We thought we were toast. After the two strong hits we gathered our wits. Do you sit still, or abandon the car? Traffic being heavy we stayed in the Fiat and slowly drove to a turnout, flashers flashing, while we dreaded returning to Bordeaux, dealing with Europcar, and consulting the police, all in a foreign language. Well, the truck that hit us drove off, the Fiat had surprisingly minor visual damage, and the Europcar rep on the phone was friendly but their supervisor never returned our call. The car appeared unaffected and the insurance should cover the damage. So on we went as if nothing happened though of course it left us rattled.

The drive to Sarlat took a few hours and became prettier and more bucolic the closer to our destination. We stopped once, in the very pretty town of Sainte Alvère where we ate pastries from a tiny patisserie. By mid afternoon we arrived in Sarlat, left the car in a public lot, then walked into town in search of our apartment, a place with the not so obvious address of premier etage passage Henri de Segogne. After a bit of searching the picturesque but maze-like city we found the door to the apartment, which you can see in the accompanying photo. 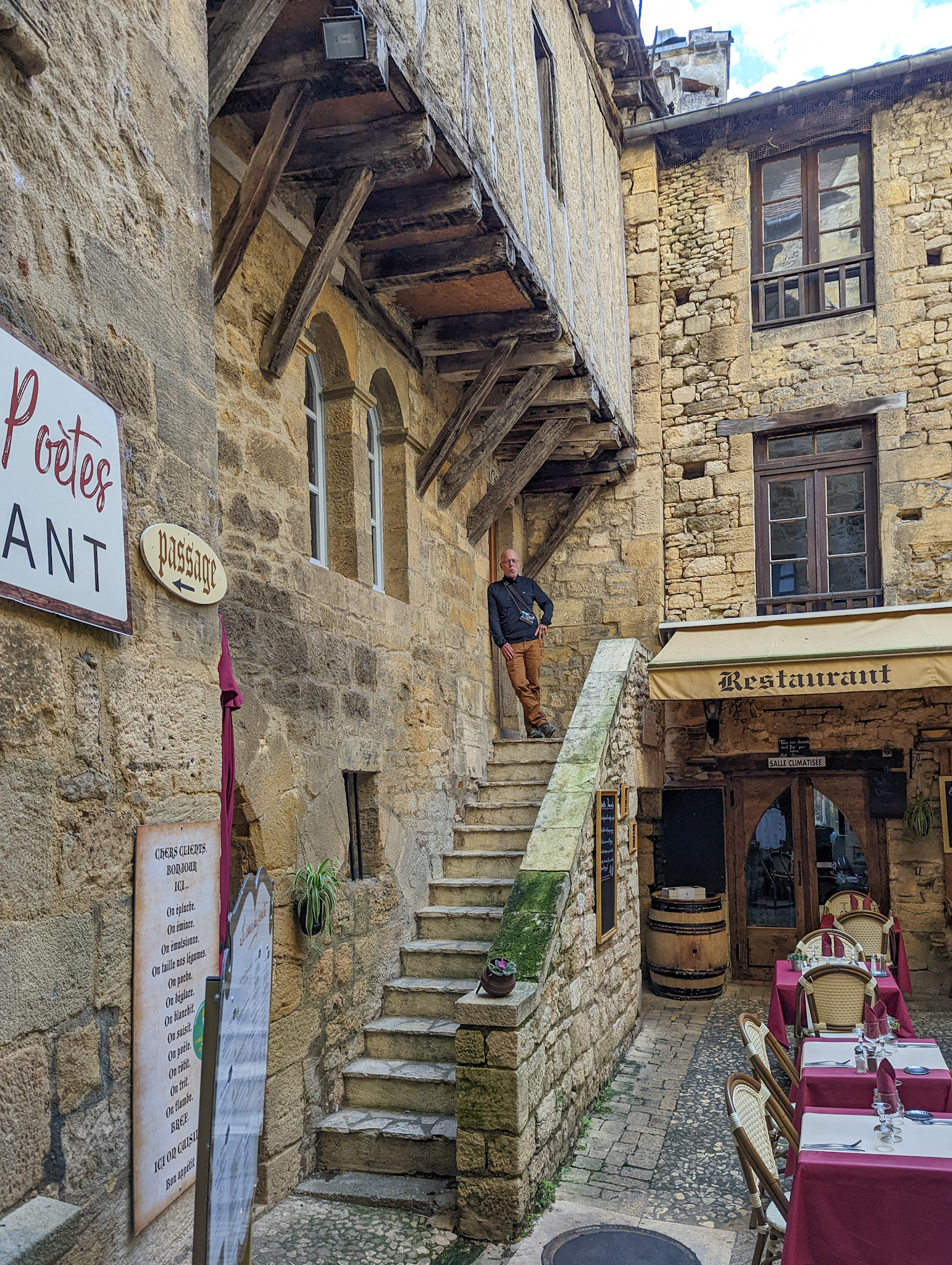