This morning we left Athens for Hydra. Unfortunately we were mugged on the metro, on the way to the ferry terminal in Piraeus. Maybe mugged is strong but it was more than a pick pocketing; it involved physical conflict, Paul and I versus several others. We weren't hurt and all we lost was a passport but it put a damper on the day. 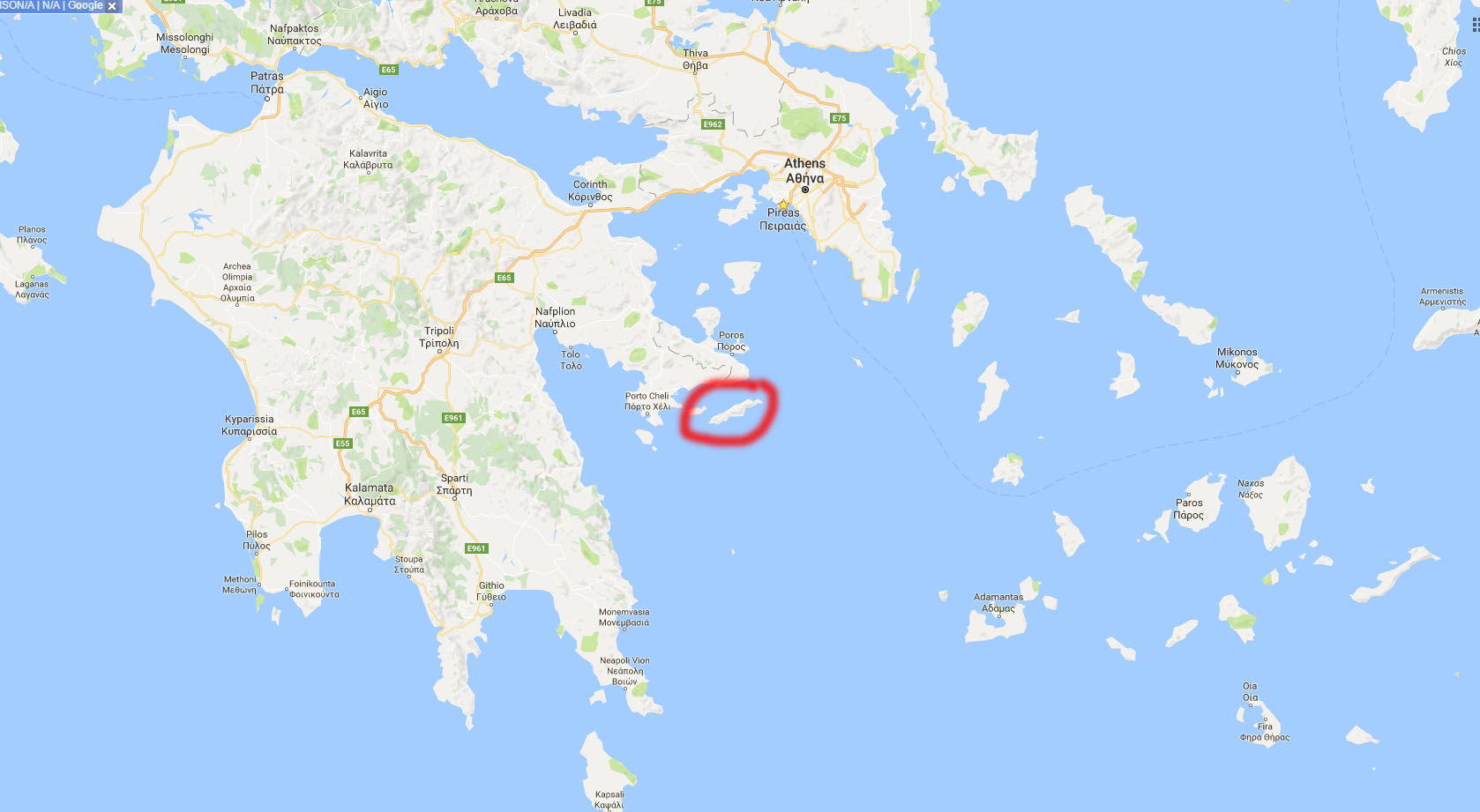 Anyway, our final Greek stop is Hydra. We took the sinister-looking Flyingcat 4 from Piraeus to the town of Hydra which is on the island of the same name. It's a rocky island with maybe 3,000 inhabitants almost all of whom live in the town.

So what's so interesting about Hydra? It's as laid back, as bucolic, as non hustle bustle as can be, the anti Athens. At first glance it's a typical picturesque Greek port, stone buildings climbing a hillside and wrapping around a port filled with colorful boats of all shapes and sizes, fishing and pleasure and transport. But what is unusual about Hydra is that it has no automobiles, no motorscooters, they don't even have bicycles. (How do you forbid bicycles?) All transportation is by foot, hand cart, boat, or donkey.

Weather permitting we'll spend the next couple days exploring the island on foot then we'll start our journey home. I confess that at the moment home sounds pretty good. 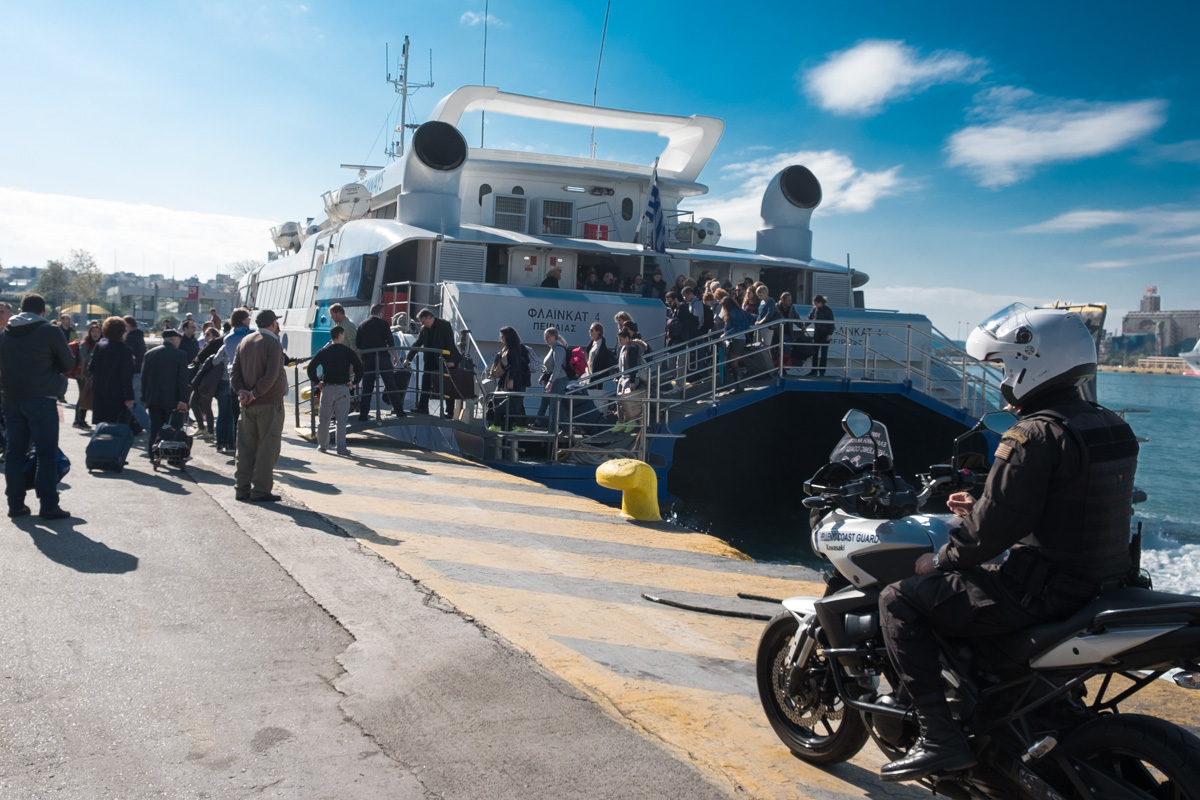 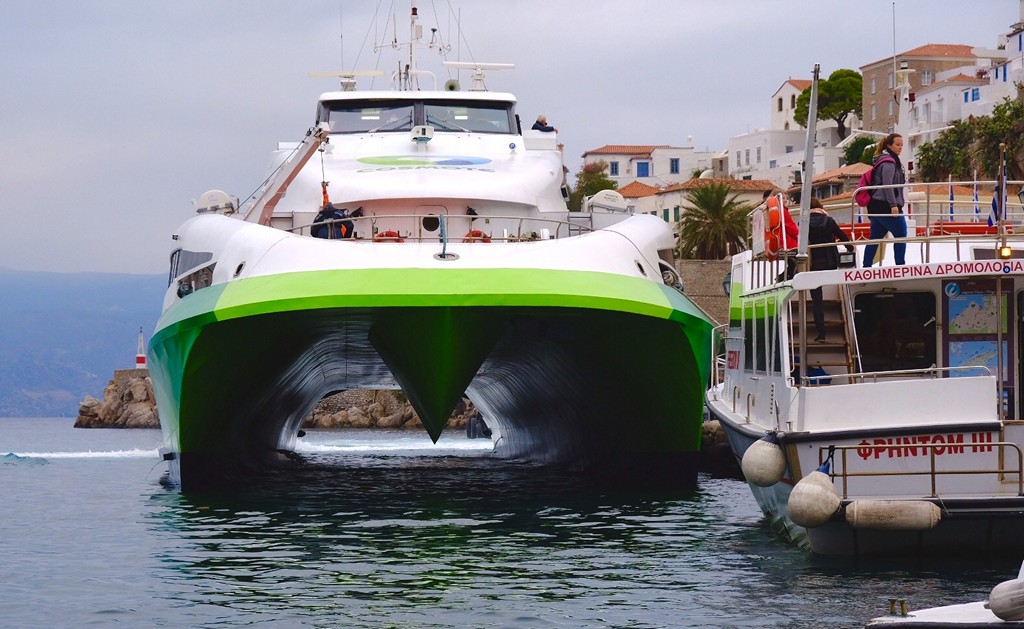 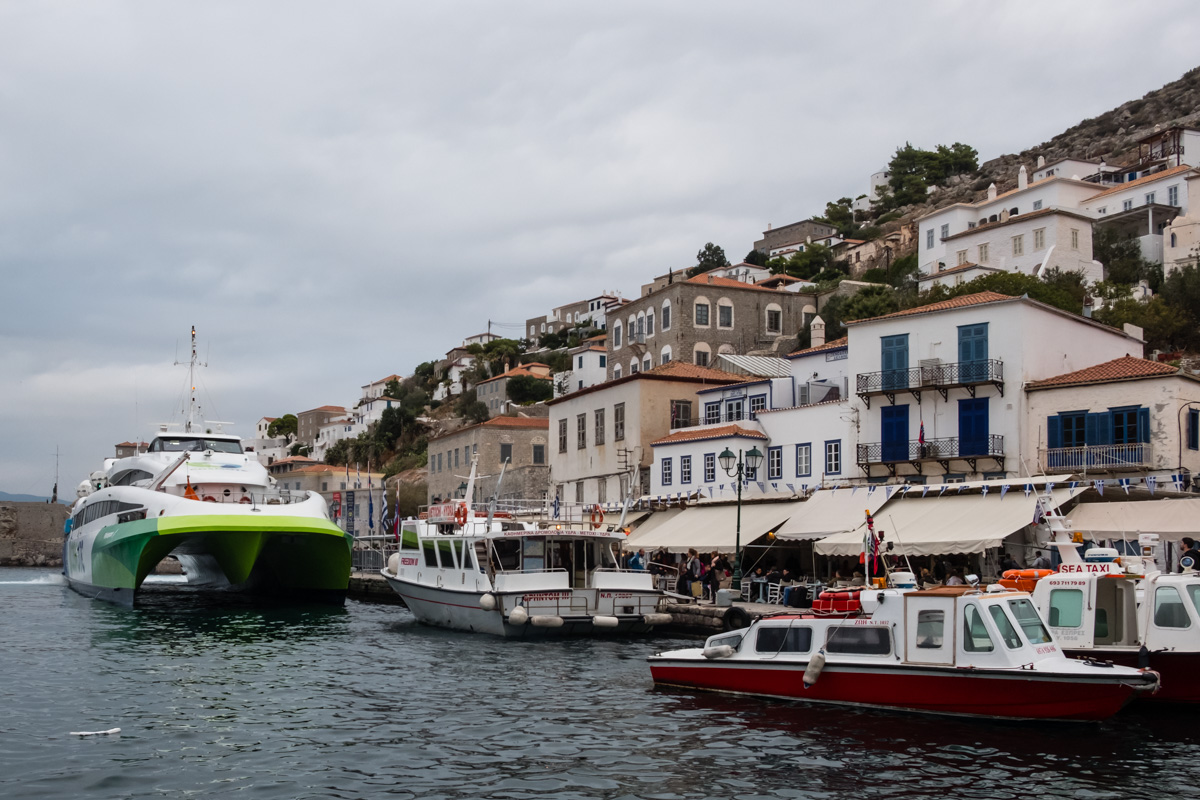 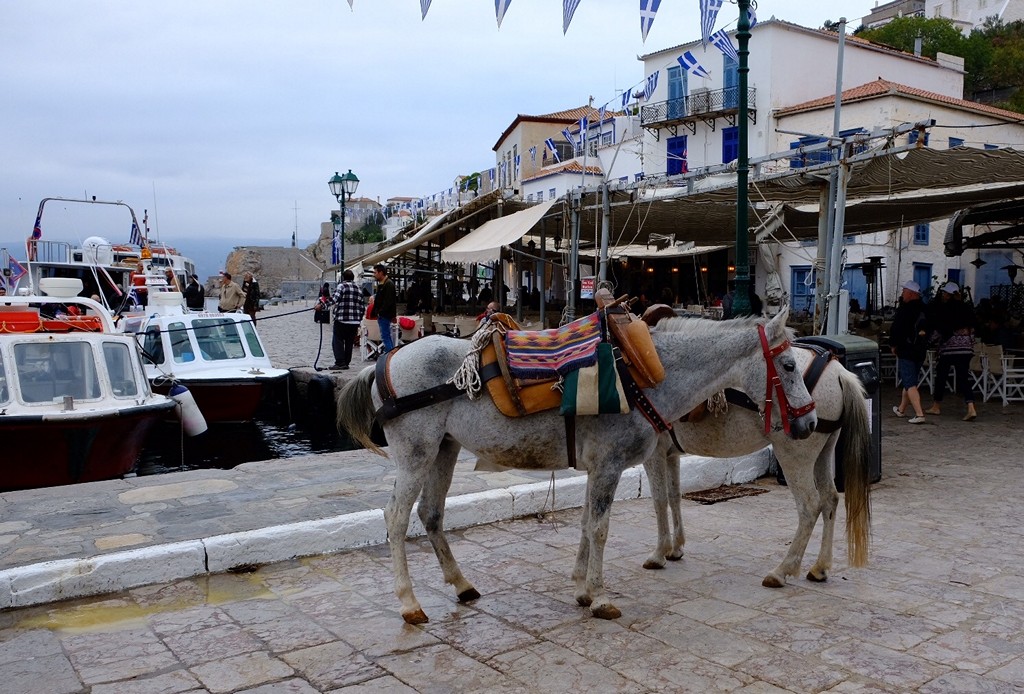