Today we walked to the Granada train station, picked up a couple of sandwiches, and boarded the train bus. The train's out at the moment, they are upgrading the track. Half way to Ronda, in Antequera, we transferred from the bus to the train. Once we arrived in Ronda we bought our tickets for the Sunday train to Algeciris then walked across the newer town to the old town.

We walked from the train station to the center of the city. Not a notable walk, just a gradual uphill through a typical Spanish town. But soon we hit a large square overlooking the 100-meter-deep El Tajo gorge which is quite something. The gorge is spanned by an old stone bridge, the Puente Nuevo (it's called the new bridge, curiously). On the other side of the bridge is the oldest part of the city, our destination.

Our apartment, at La Colegiata de Ronda (Plaza Duquesa Parcent, 14) turned out to be a roomy, comfortable, and complete apartment with a friendly proprietor. The apartment spans several rooms on the top-floor. It has open-beamed ceilings, a kitchen with washing machine, couch, chairs, and beautiful woodwork throughout. The small, deep windows gave geranium-bordered scenes of a tree-filled square. Comfortable and picturesque and located right in the middle of the old town, what more can you ask. The apartment is next to the Cathedral of Santa Maria la Mayor Ronda. Of course it's all rich with history, with many stories of locals fighting off the insurgents down in the valley below.

After checking in we walked back over the bridge to the newer part of town. I bought some socks (poor packing) then we checked out the grocery stores. Dinner was delicious tapas at el Lechuguita. 10€ got us 9 tapas plus wine and beer. Their signature dish is a quarter head of lettuce with a secret sauce and it really was good. We came back later in the week and ordered it again. The place is crowded with locals, many having to stand as the tables and stools are few. We capped off the evening by a walk around town then back to the apartment for a glass of wine. Or two. 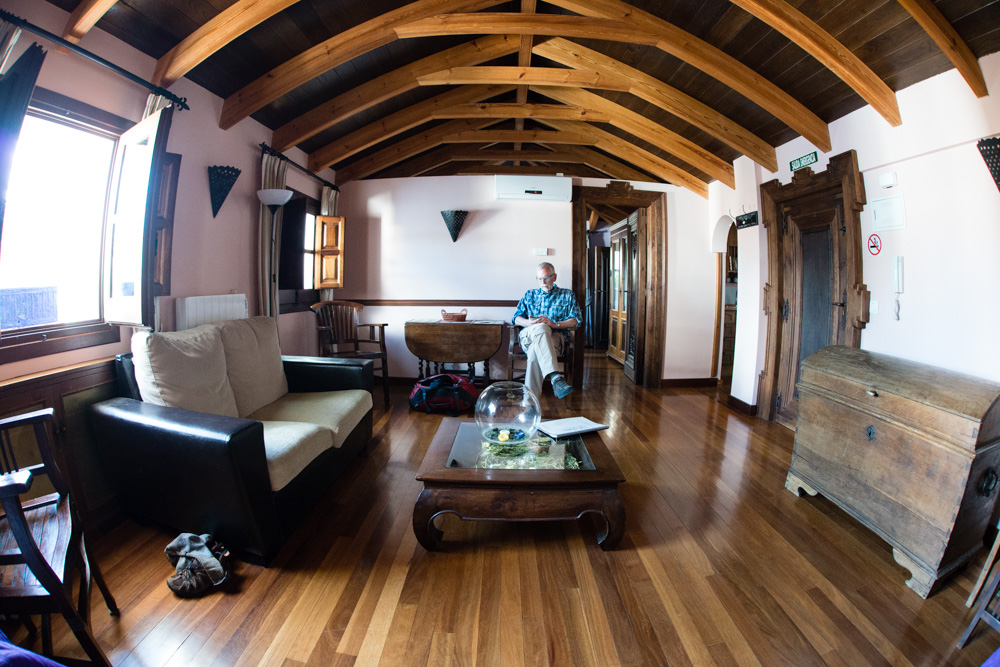 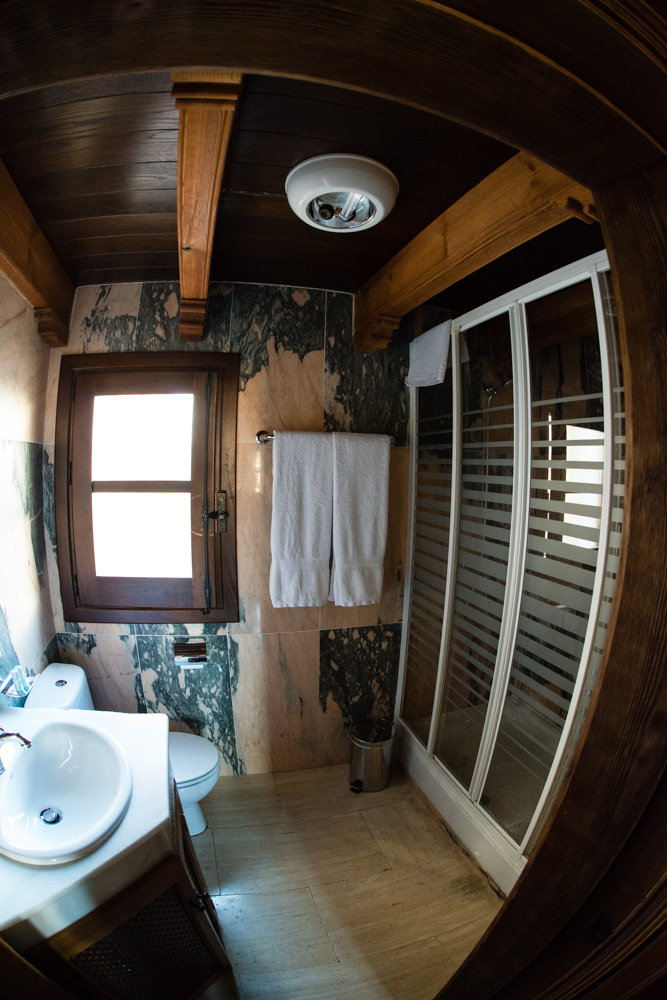 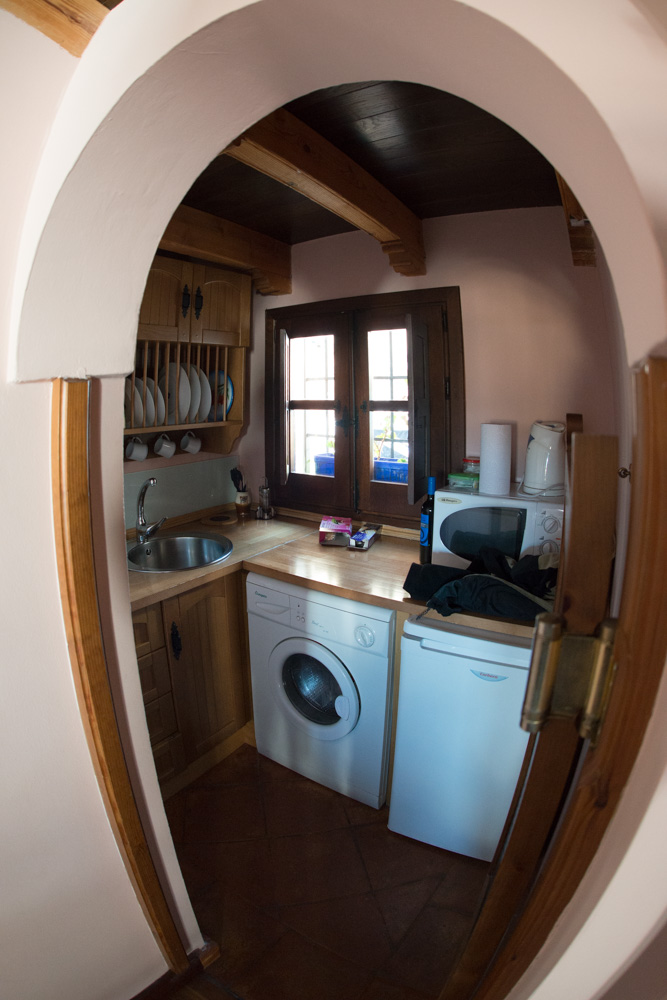 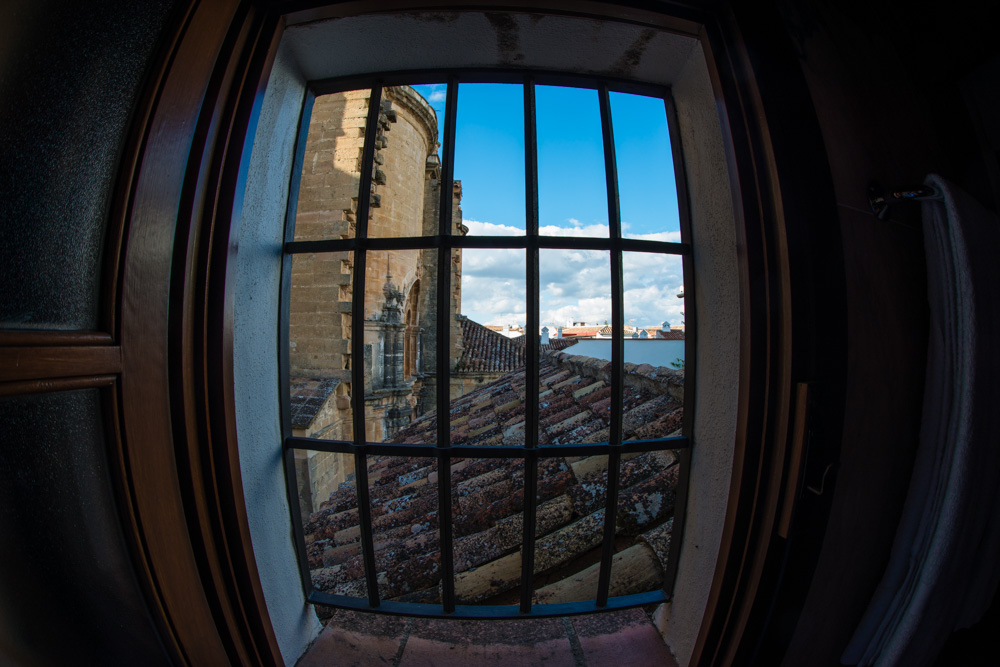