Today we swam in the Mediterranean, traveled back in time to 530 BC, and got a taste of driving like a Greek.

First, we walked to Avis where their friendly young rep spent a good half hour sharing her thoughts on the best ruins, the most charming hill towns, and the most photogenic drives.

Next, I drove our droptop Fiat Cinquecento a few km south to Plaka, one of the many beaches that circle Naxos island. I'd post a pic but you can use your imagination: it's a long stretch of sand, lapped by crystal-clear water, and dotted with the occasional person, some sans clothing.

From the beach we headed inland to check out the Dimitra temple. Driving on Naxos I soon discovered takes full concentration. Roads are narrow: they range from paved with two lanes to paved with one lane to dirt with one lane. More than once I had to pull over to let an opposing car pass, once I had to back up to let a pair of cars get by as the space between buildings was barely a car wide, and once I got stuck between buildings and had to back about a block as even with the mirrors collapsed the Fiat—not a wide car mind you, this is the Mini-sized 500—couldn't squeeze any further. At one point my claustrophobia kicked in and I briefly thought I'd have to escape through the car's sunroof. The motorcyclist who got stuck behind me had a lot to say about this but I can only imagine what he said as it was all in Greek.

Finally, we arrived at the temple. Built around 530 BC and dedicated to the goddess Dimitra, the ruins are easy to miss as the text on the road sign has faded away. Fortunately the one-lane road, which is hemmed in by stone walls, ends just past the path to the temple. Unfortunately we found none of the signage readable, it has almost all faded away, with only a few legible words. A bit indicative of Greece's state I'm afraid. 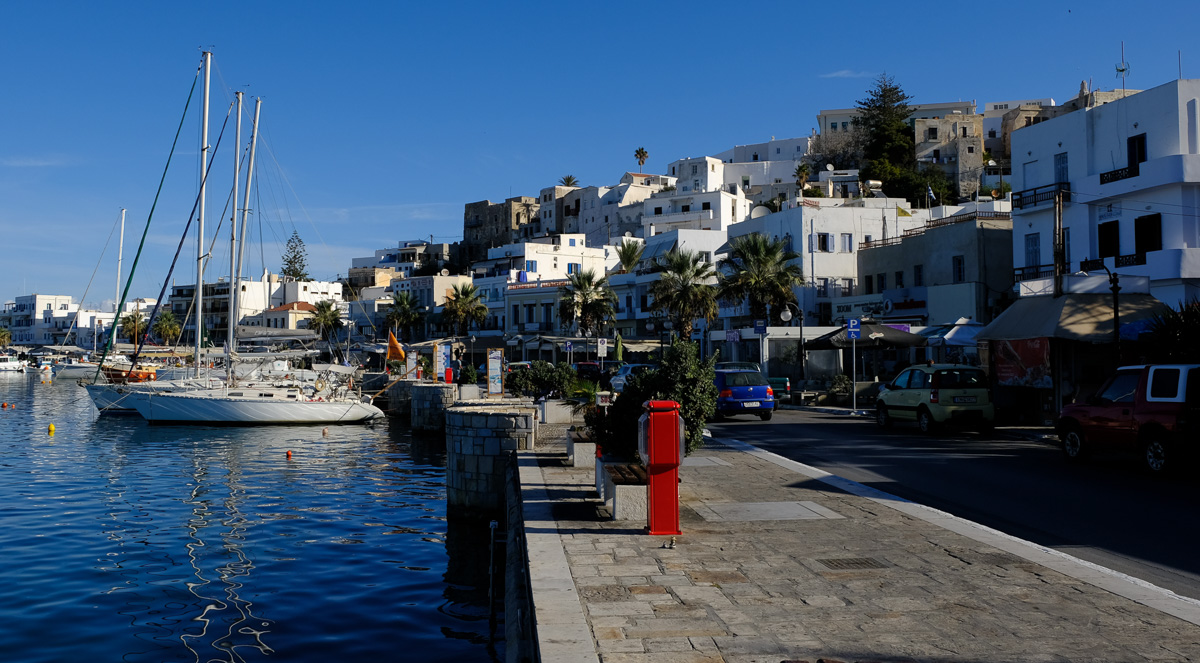 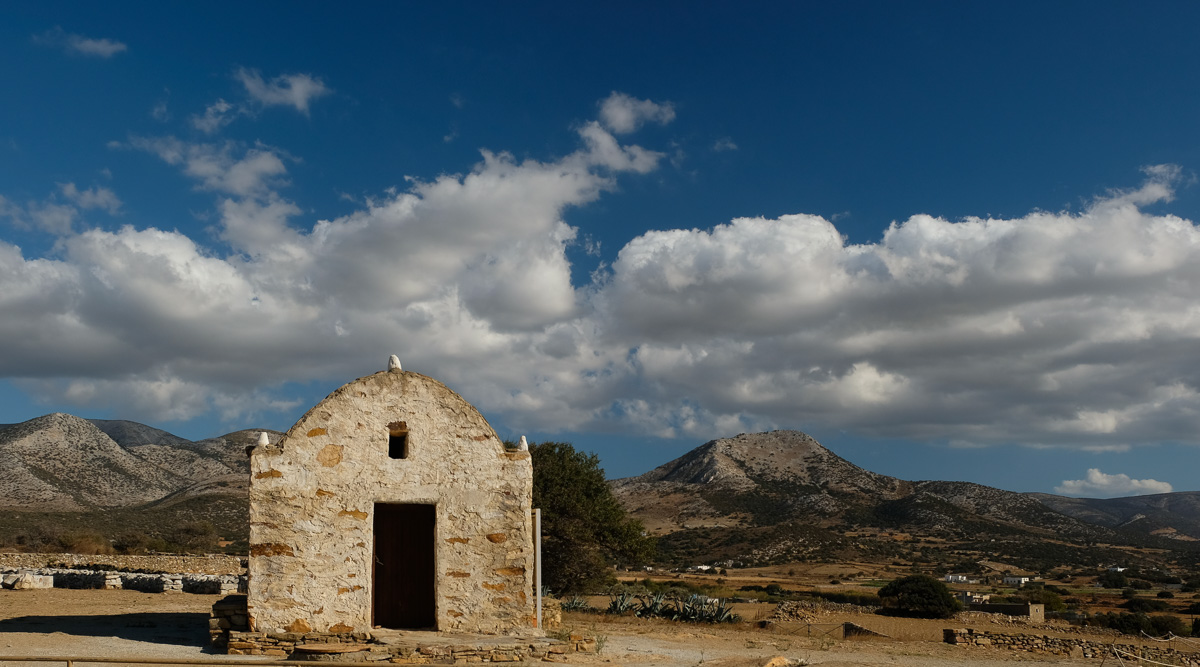 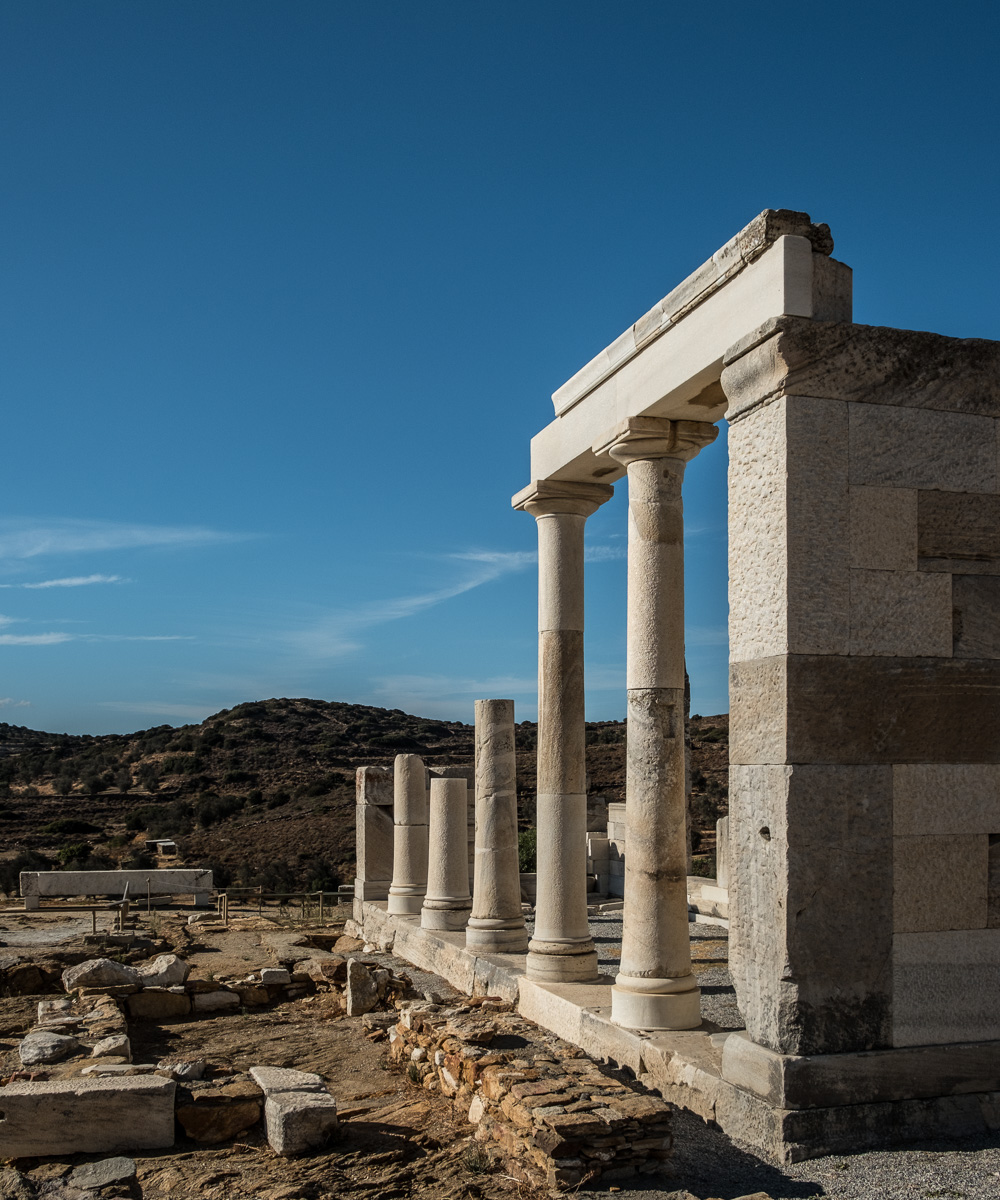