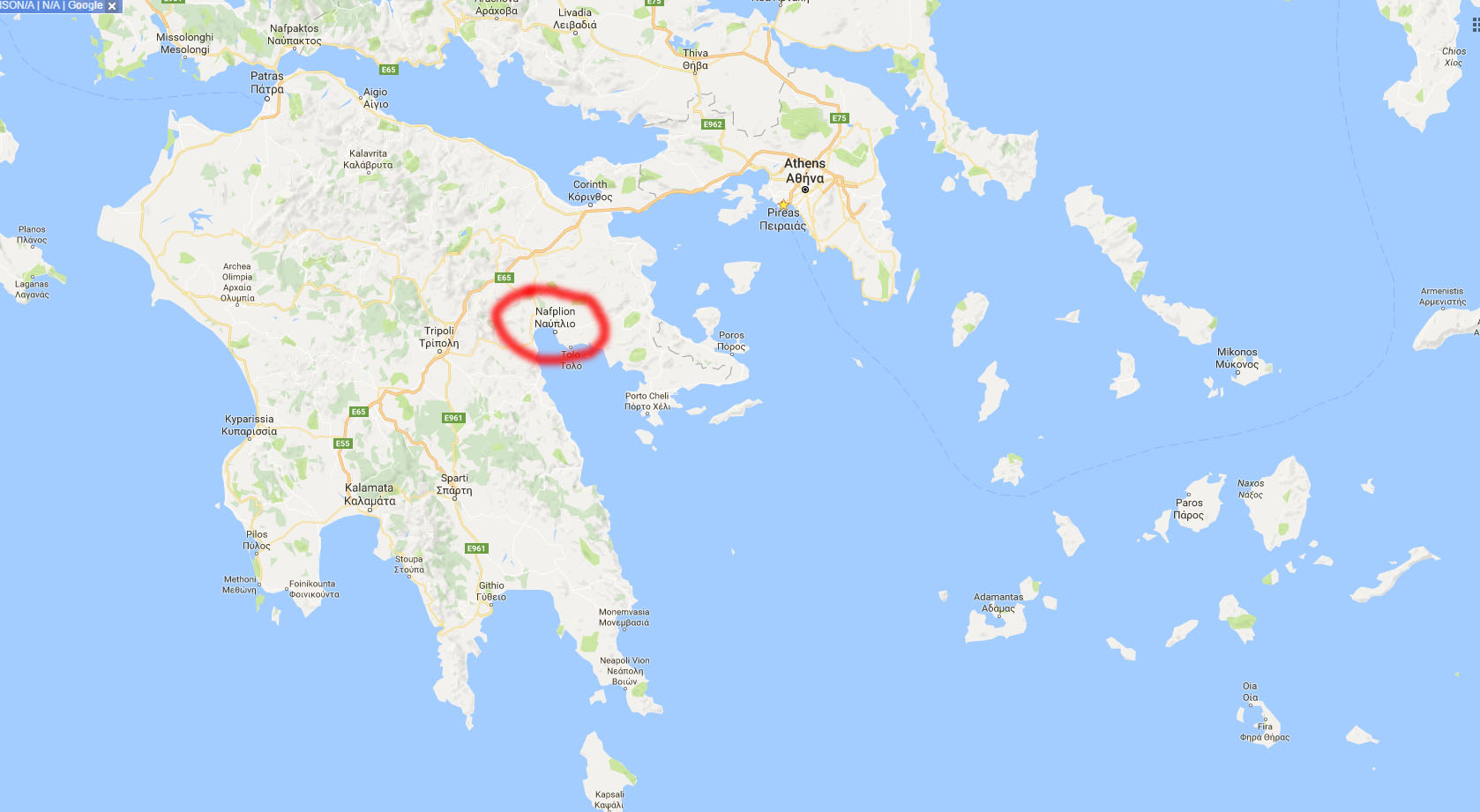 We're in Nafplio to see its elegant old town, to hike up to its looming fortress, and to start an exploration of the Peloponnese.

I'd not heard of Nafplio until I started research for this trip. It has a long colourful history thanks to its strategic location. Since ancient times Nafplio has been fought over and control passed between Greeks, Venetians and Ottomans. More recently Nafplio was the first capital of modern Greece, though only for the brief period of 1829 to 1834.

As the crow flies Nafplio isn't far from Santorini but it took a good part of a day to get here as it required a flight to Athens airport, a bus ride to Athens city, followed by a bus ride to Nafplio. I hate hate hate flying and would much rather have sailed but ferry schedules become sparse once tourist season passes.

After arriving we spent the evening walking the beautiful marble-paved streets of Nafplio, stopping to eat sweets from the abundance of pastry shops. The Greeks are very good pastry makers, with honey featuring a big role.

Nafplio's old town is beautifully lit at night. Its marble-lined streets and squares shimmer with reflections and remind me of nighttime in Siracusa, though I think Nafplio may be in better shape.

After eating a gyro—my second today, both good and cheap—we capped the evening by sitting in on a free concert in an old church.

The photos were shot late in the evening, hence the empty streets, and converted to black and white using the Acros film sim. 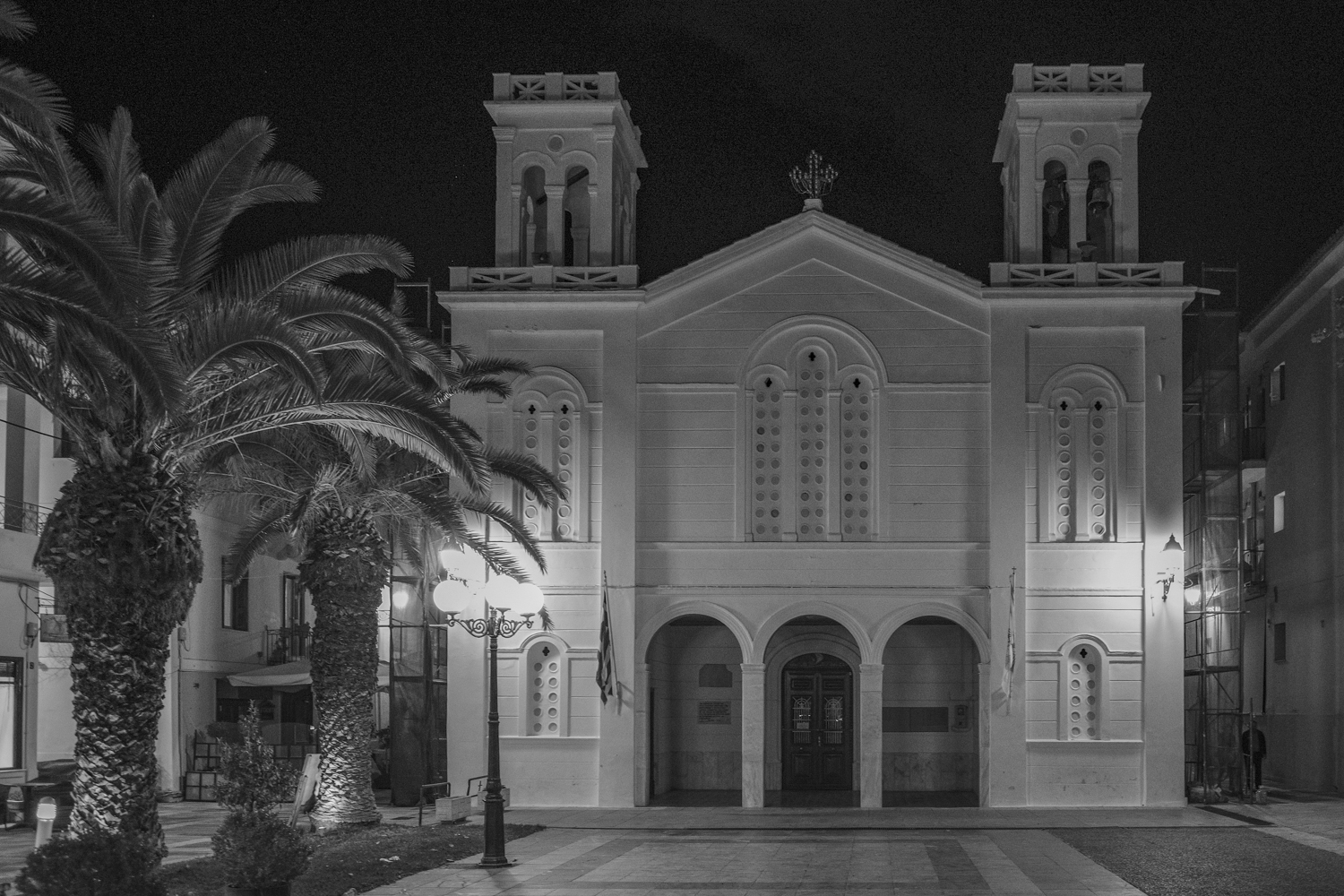 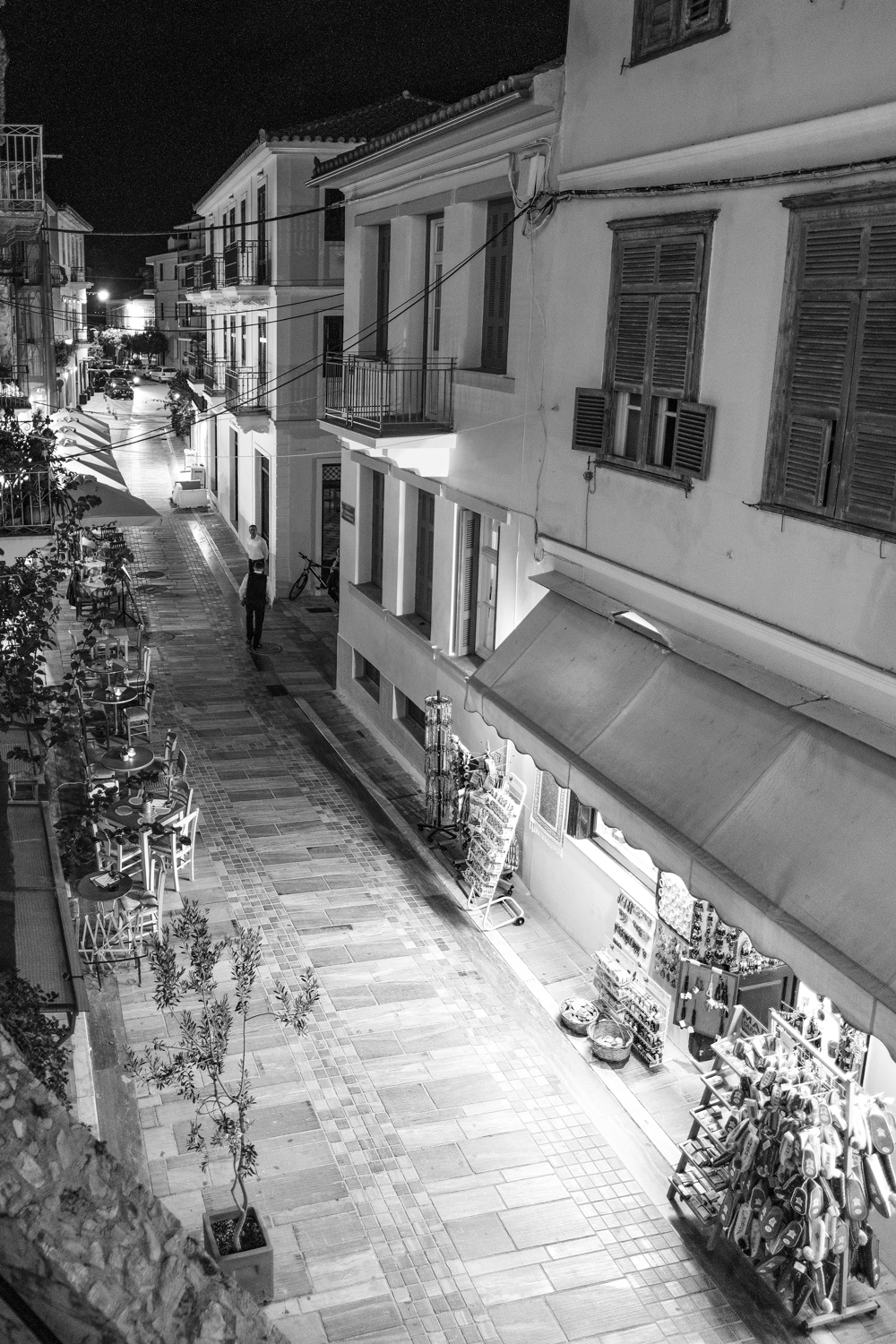 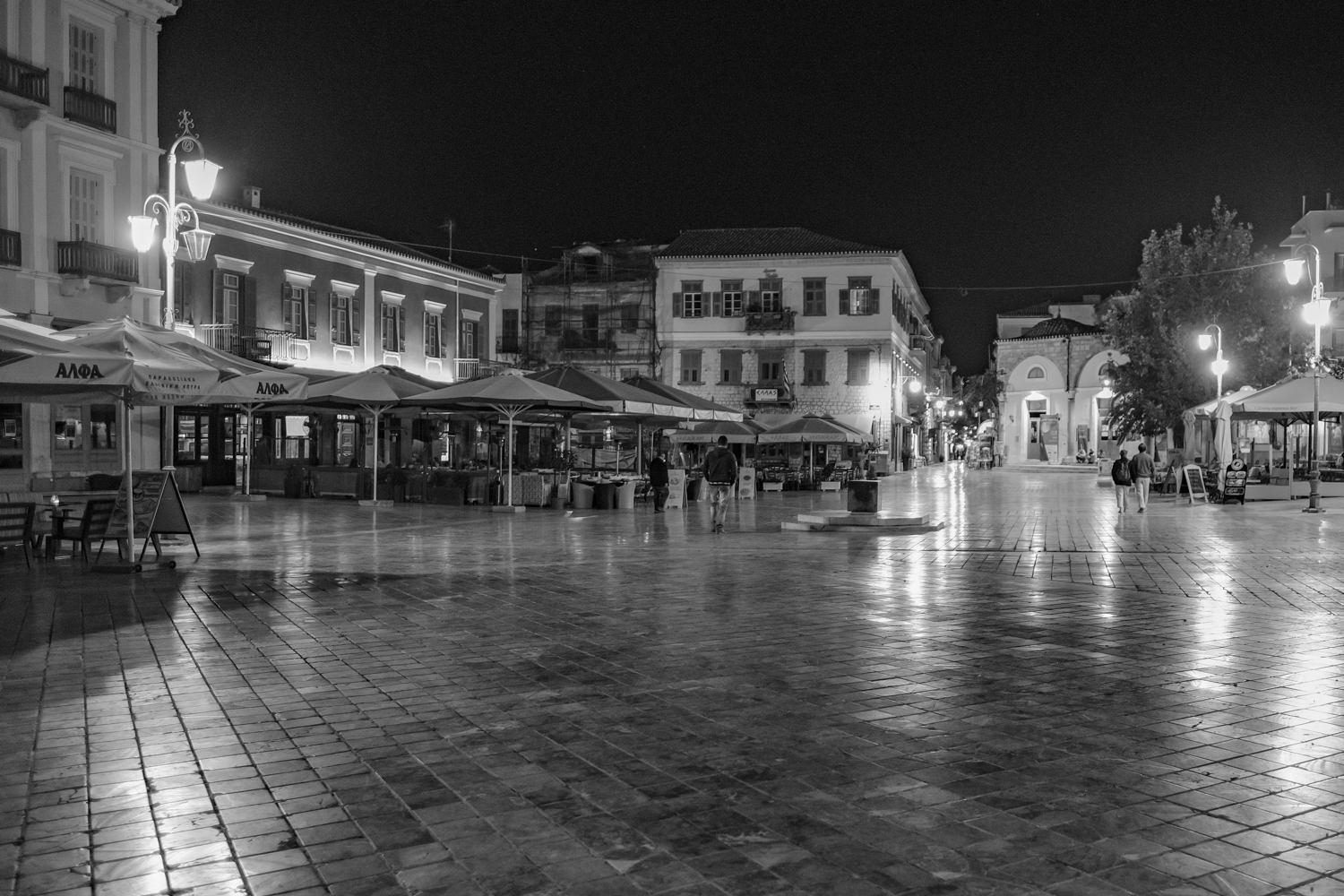 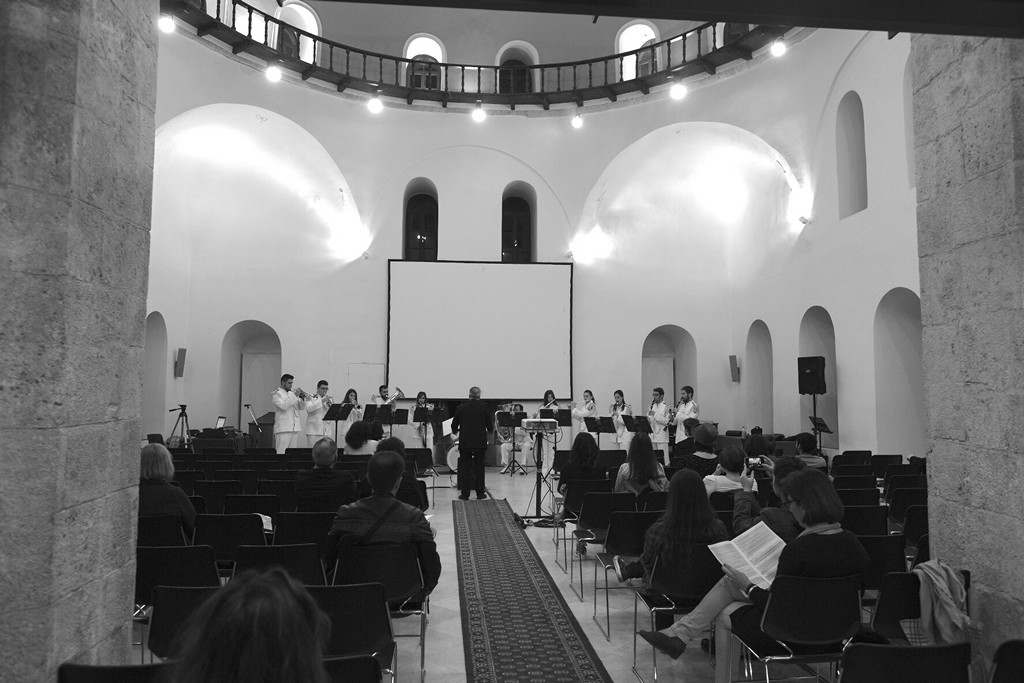