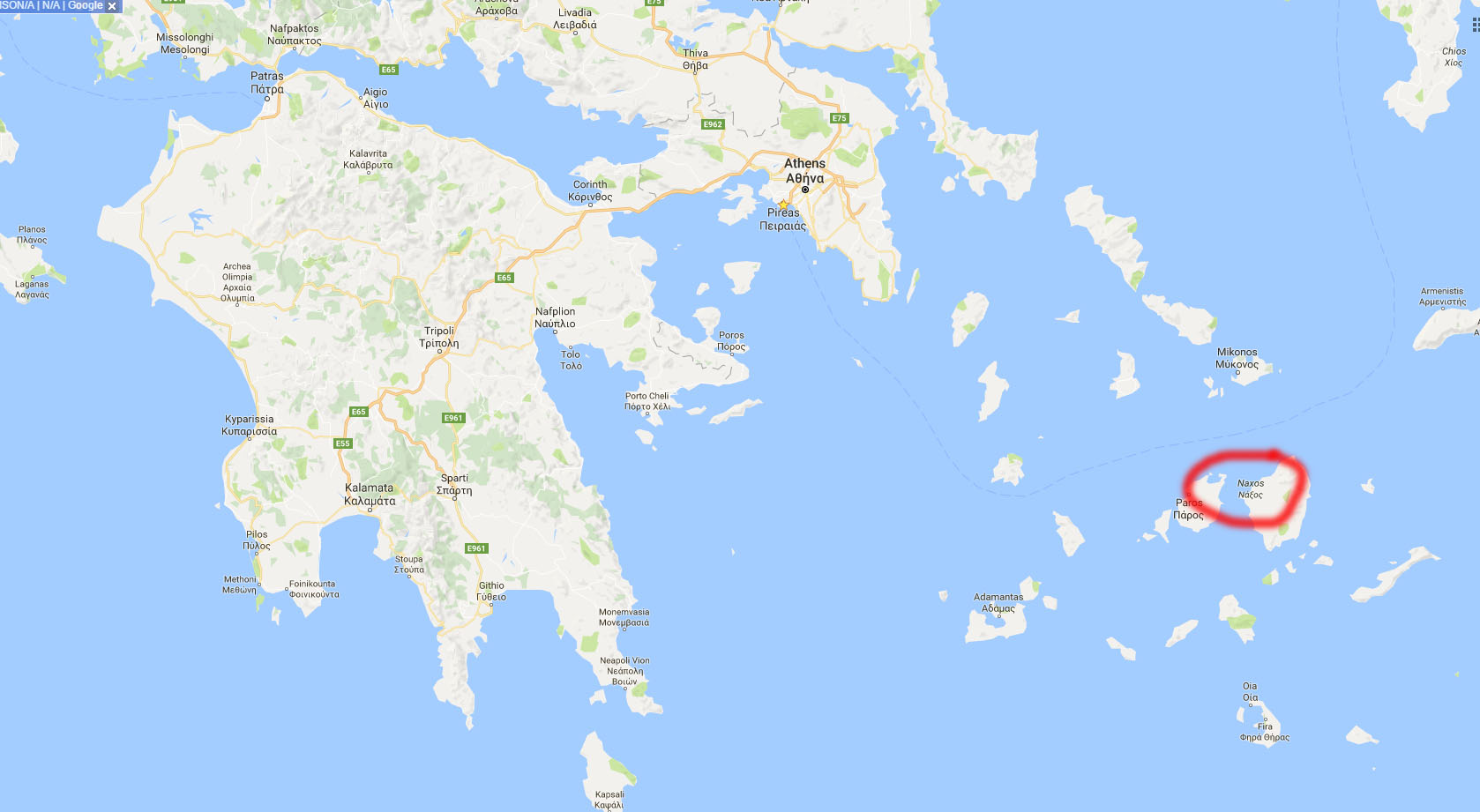 Today was cloudy and cool, good for a half travel, half explore day. We took the Blue Star Delos from Piraeus to the town of Naxos (aka Chora) which is on the island of Naxos. It takes about six hours.

First, the Delos. It's large, 2400 passengers. It's in good shape and has several food sources and espresso stands. Lots of places to sit though we are off season so I can imagine it can get crowded in summer. We stayed outdoors, on the back deck, to look at passing ships and islands. The only annoyance was cigarette smoke. I will soon find almost everyone in Greece smokes.

Naxos is the largest island in the Cyclades. It's said to be the greenest, too, though in comparison to BC it's a desert. Naxos Town, the largest town on the island, makes a good first impression. The waterfront is pretty and chock-a-block sidewalk cafes separated from cars. After checking in to our hotel we ate dinner then walked to the massive marble doorway called the Portara, entrance to an unfinished Temple to Apollo. A nice view of the town from there. 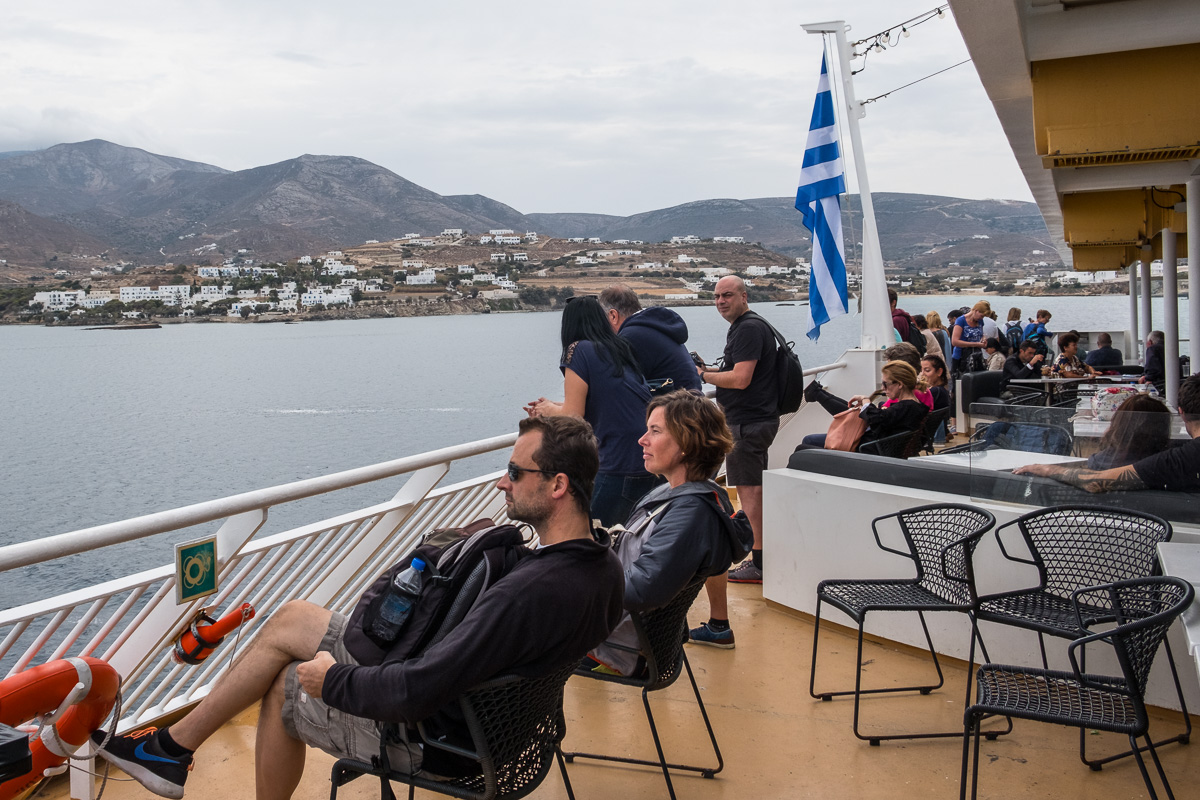 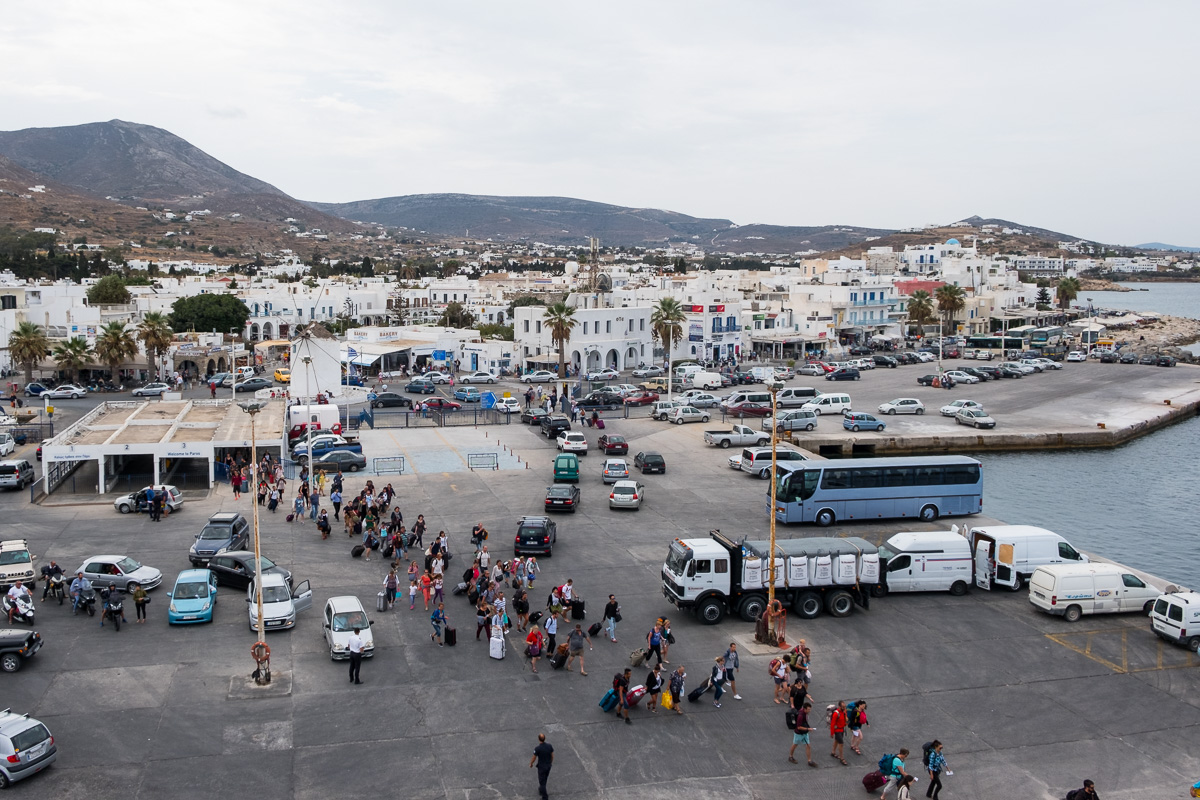 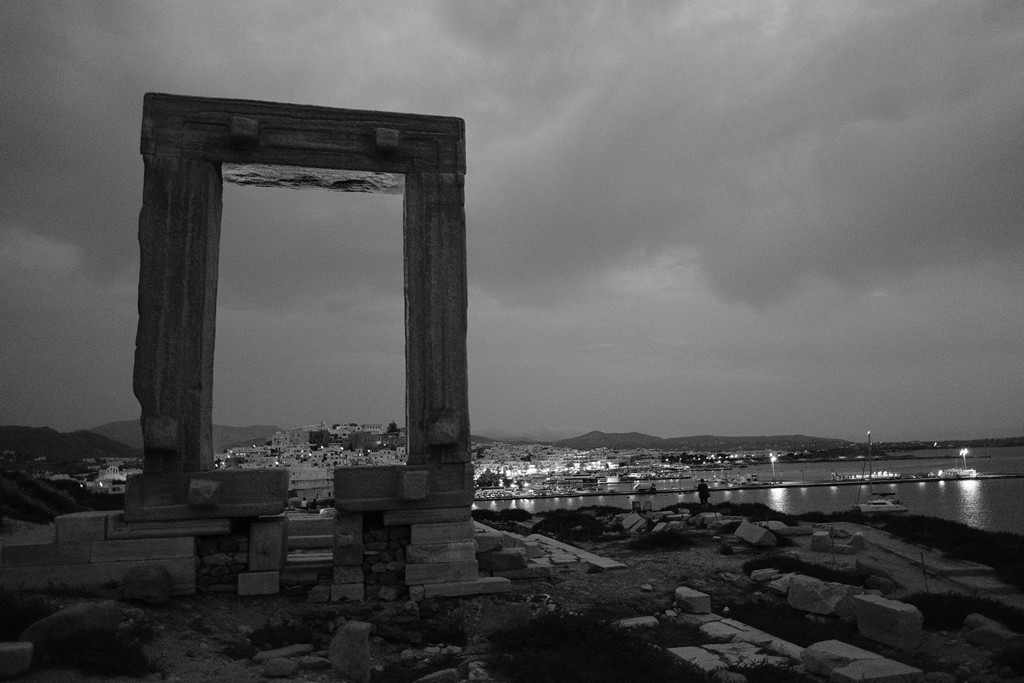 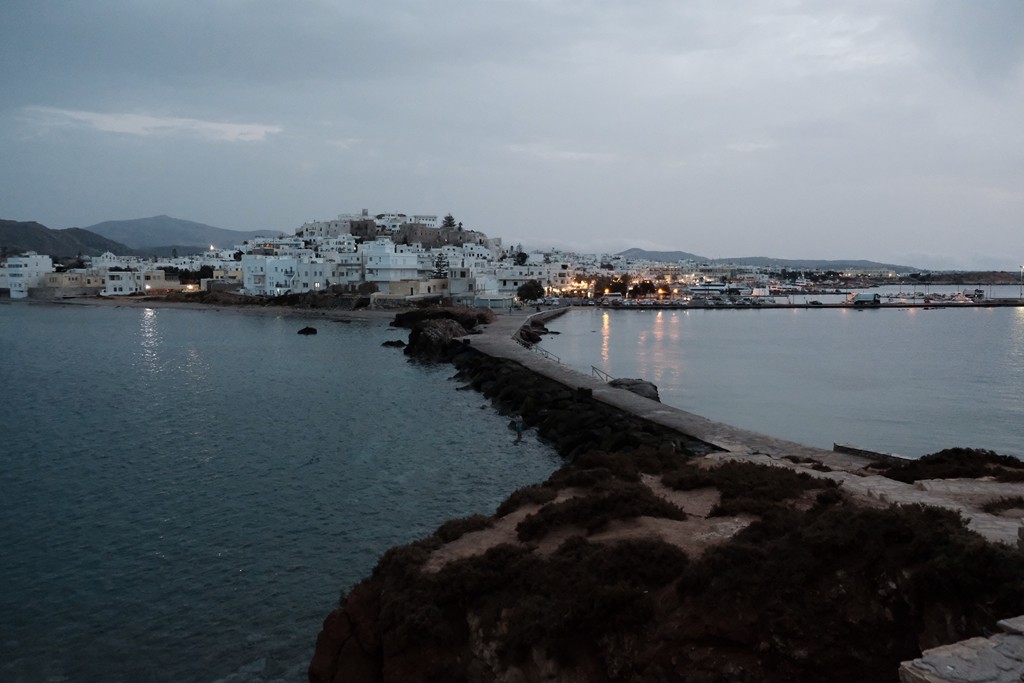 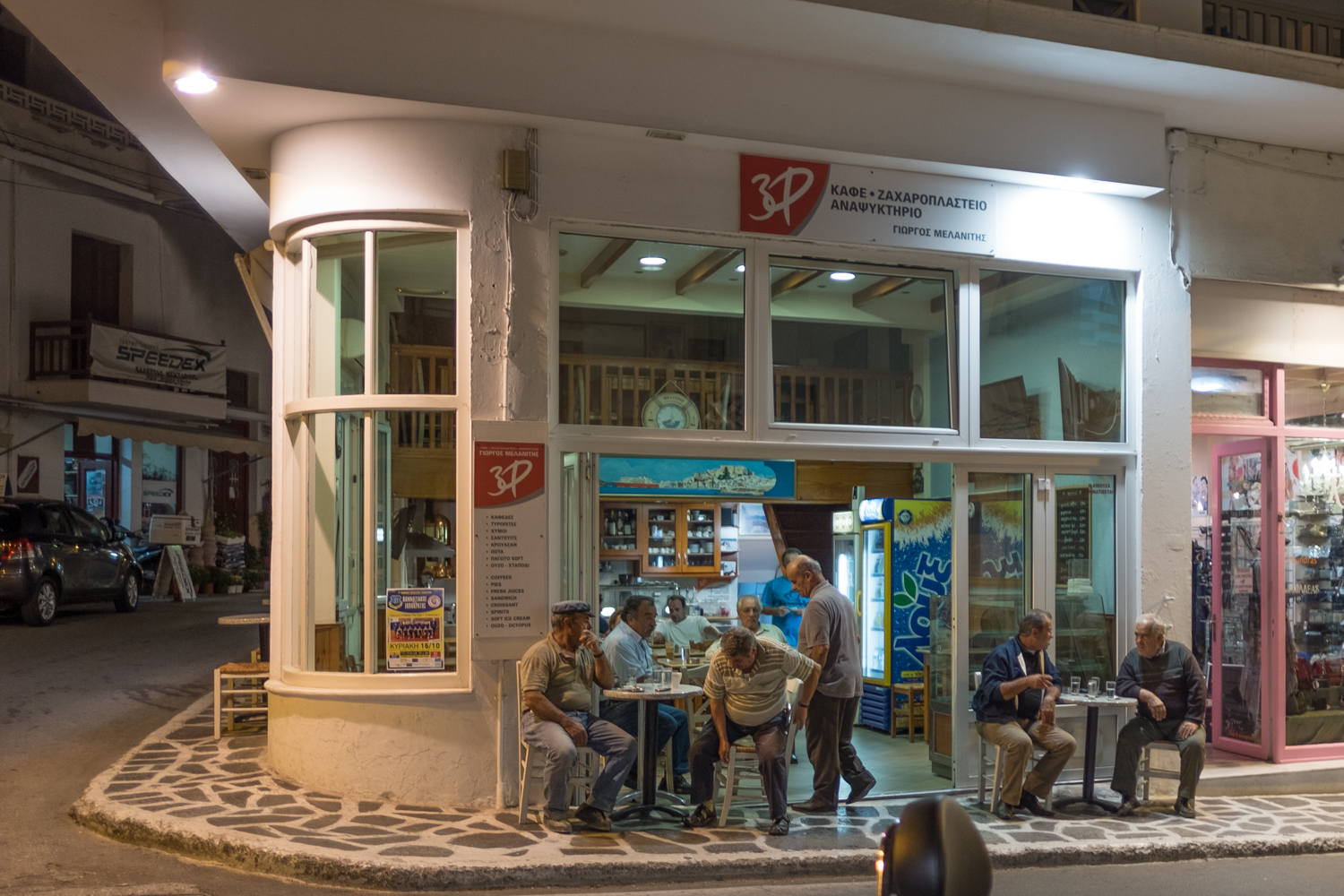